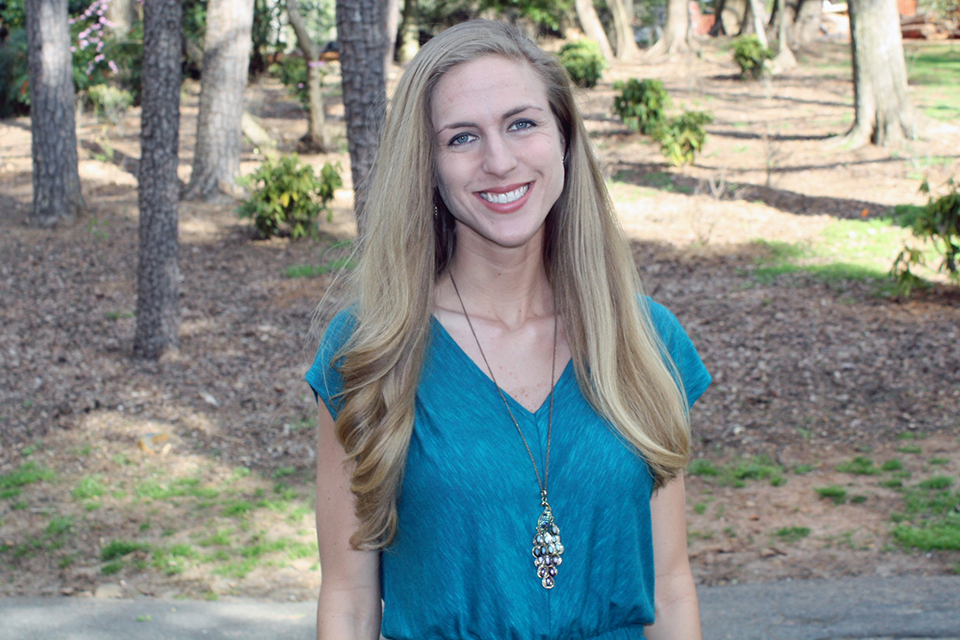 Ashleigh Cooper is a music teacher, choral director and mezzo-soprano who works and performs throughout the triad and western North Carolina. She earned a Bachelor of Science degree in Music Education from Elon University, where she was a North Carolina Teaching Fellow, studied voice with Lisbeth Carter and studied choral conducting with Dr. Stephen Futrell and Dr. Gerald Knight.

Cooper holds a North Carolina teaching license in music for grades K-12, and taught middle school chorus and general music for eight years in the public schools. Most recently, she taught music and chorus at The Arts Based School in Winston-Salem, where she was also the music director for the middle school productions. Cooper is currently a music teacher at Southwest Elementary School in Clemmons and also teaches private voice lessons.

Recently she was the music director for UNCSA’s Acting Out Program’s production of  “Legally Blonde.” In the past she has been a member of the Winston-Salem Symphony Chorale, as well as performed in various theatre productions with The Little Theatre of Winston-Salem, where favorite roles include Mary Poppins in “Mary Poppins” and Meg in “Little Women.” Cooper lives in Lewisville with her husband and son, and her hobbies outside of performing and teaching include reading, hiking, traveling and spending time in the mountains.