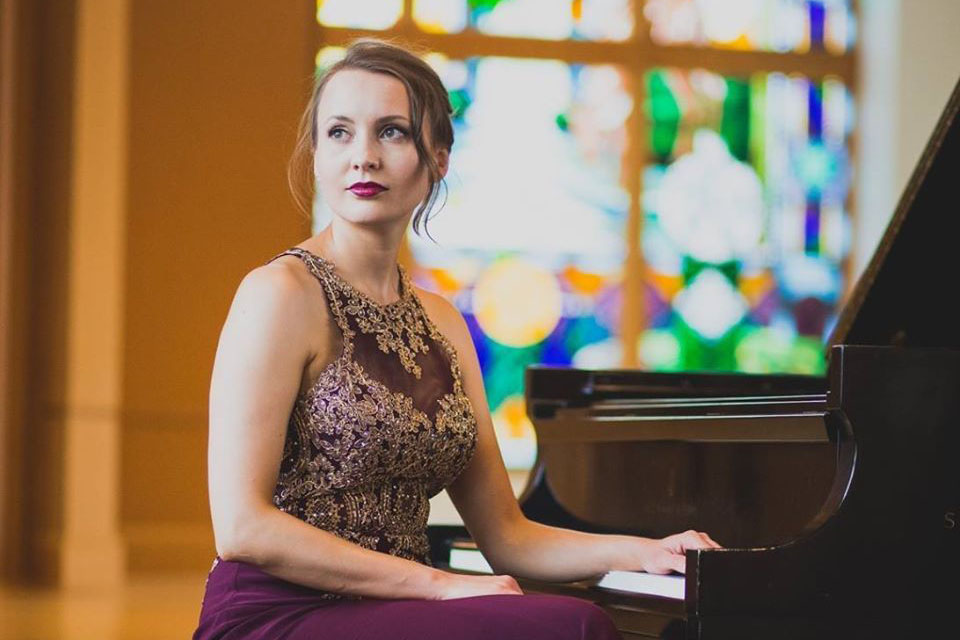 A Russian-born, American pianist, Dr. Elena Nezhdanova enjoys a multifaceted teaching and performing career. Many years of interest in and research of physiology of piano playing brought to her the opportunity of being commissioned to write a review of Irina Gorin's piano method "Tales of a Musical Journey" published by the Clavier Companion Magazine in November 2017.

She presented at North Carolina’s local chapters and at State’s conference and in June 2019 was invited to give a three-hour lecture on current and new American piano methods for professional piano teachers in Olomouz, Czech Republic. In addition, she gave a master class to piano four-hands student ensembles from North London Collegiate School in U.K. in July 2019. In May 2020, Elena appeared as a guest speaker and gave a master class through live stream for The Piano League.

Dr. Nezhdanova’s students received Highest Honors at RPTA and NCMTA young artist competitions, participated and won awards at the North Carolina Bach Festival and were invited to take part at the Live “Piano Star Showcase” for Young Pianists through The Piano League. A Former Program Director for the NC Bach Festival Inc., Nezhdanova created a Youth Program which provided performing opportunities, awards and prizes to students from North Carolina state and beyond. She enjoys teaching students of any age and believes in instilling a healthy, solid technique and love for music-making from the start. In addition to teaching at UNCSA Community Music School, Nezhdanova teaches at the Cary School of Music.

As a soloist and chamber musician, Nezhdanova maintains an active performing career. She made a debut with an orchestra at the age of eight in her native hometown in Russia. In October 2015, Elena performed Peter Tchaikovsky’s 1st piano concerto with Sichuan Philharmonic Orchestra in Chengdu, China. She was a guest artist at the Civic Morning Musicals concert series in Syracuse, NY and was invited twice to perform as part of “Lives of the Piano” concert series at Manhattan School of Music in concerts dedicated to MSM Centennial and Claude Debussy Centennial celebrations.

An avid chamber musician, Elena is a co-founding member of the Nezhdanova-Placzek Duo (cello/piano). Their professional engagements include performances in London U.K., Dresden and Chemnitz in Germany and four prominent Czech cities including Prague.