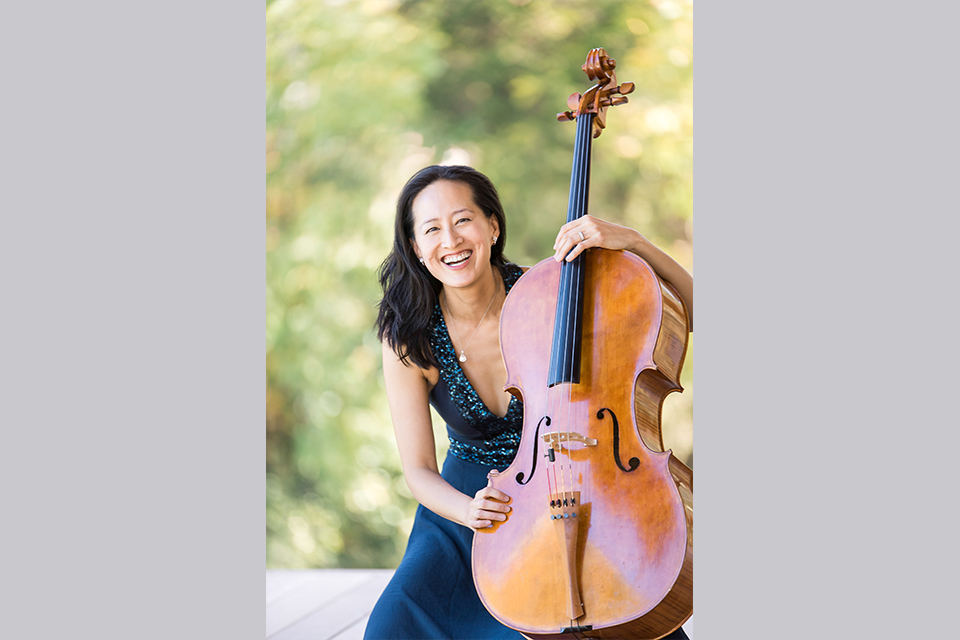 Dr. Grace Anderson is a cellist and pianist with extensive teaching experience. While at Juilliard, Dr. Anderson was a Morse Teaching Fellow. She taught classical music in New York City public schools weekly, designing her own curriculum and creating activities which engaged her students in active listening to appreciate the language of music. While at UNC Greensboro, Dr. Anderson taught college-level Music Theory and Ear Training for two consecutive years, and was voted Best Graduate Teacher of the Year for her work.

Since then, Dr. Anderson has taught cello performance and chamber music at UNC Charlotte, the UNCSA Summer Intensive, and the Mallarmé Youth Chamber Orchestra festival at UNC Chapel Hill.

She brought together her dual passions -- performing and teaching -- when she established) the Triad Chamber Music Society in 2005.  As artistic director, Dr. Anderson produced chamber concert series featuring internationally renowned guest artists – then founded the Young Performers’ Chamber Music Workshop where for nearly 15 years, she not only taught young players how to collaborate through chamber music, but also organized their concerts.

She has twice been nominated for the Maxine Swalin Outstanding Educator Award by the North Carolina Symphony, first in 2015 and again in 2016.