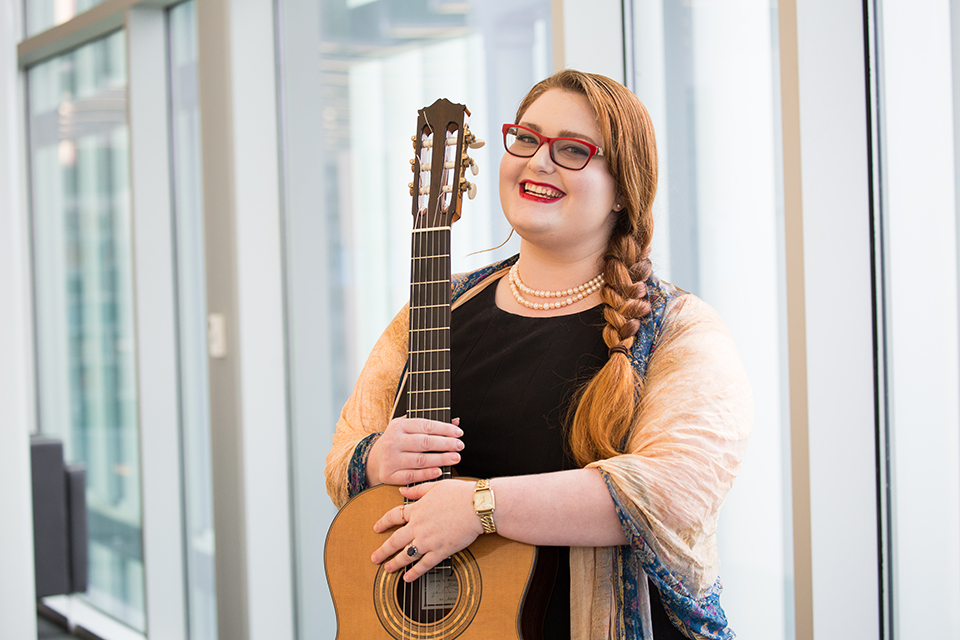 Juliet A. Gervasi is currently working on her master's degree in classical guitar performance at the University of North Carolina School of the Arts as a graduate teaching assistant. She began her studies in guitar in 1999. She graduated from the guitar program at Weaver Academy for the Performing and Visual Arts in 2011. In 2013, she completed a January term program at St. Clare's College in Oxford, England affiliated with Guilford College and studied for a semester in Siena, Italy with the Scuola Leonardo da Vinci. She graduated from Guilford College with a bachelor's degree in music and minoring in education studies in 2017.

Juliet welcomes students of all ages and at all levels of experience, and her teaching experience includes students ranging from 6 years old to seniors. She teaches to share appreciation for, love, and understanding of music through the guitar. Juliet strives to provide an engaging, nurturing, and intellectually challenging atmosphere for her students.