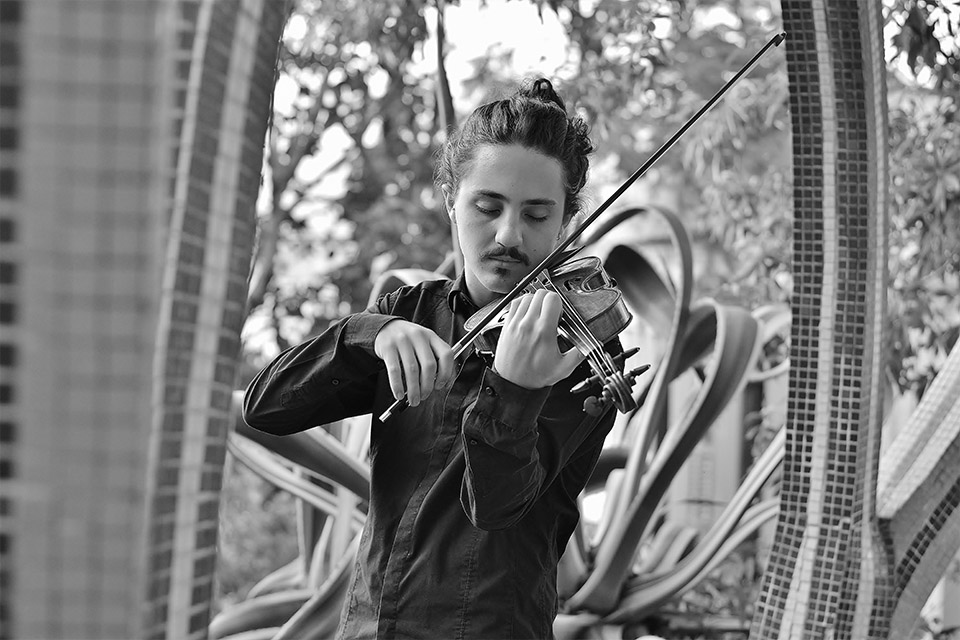 Luca Kevorkian grew up in Rio de Janeiro, Brazil, where he began his music studies in 2004 through the social project Bem Me Quer Paquetá. At the age of 7, during a string quartet performance, he fell in love with the violin and started taking lessons from Carla Rincón.

Through the same project, he has performed as the concertmaster of Paquetá Youth Orchestra in concert halls in Brazil and Germany, debuting works by several Brazilian composers.

As a senior at UNCSA under the tutelage of Professor Kevin Lawrence, Luca is extremely grateful to all his teachers who shaped him to become the musician he is today. Through chamber music, he hopes to be able to change other children's lives as a community social project changed his life.