A young woman leaves her house on the outskirts of town to run an errand, but something catches her eye. A wild animal that’s friendlier or flashier than usual, maybe? A shadow, or a bobbing light? She can’t now recall. But she follows, intrigued, to the edge of the forest, then past the edge, farther, unwaveringly drawn in.

Someone speaks to her. It’s a bird, which she can hardly believe. Even more incredible, if she knew it, is that the bird is native to an island hundreds of miles away, and will be extinct by the time she returns home.

The world goes on while the young woman lies dormant. The borders of her hometown, now a city, swell like a tide, and the forest where she sleeps melts back in response. When our character awakes with her mind hazy, she finds herself surrounded by brick and asphalt.

Though she recognizes the place, something is off. She isn’t sure who changed--her or the city. Her memory must be worse than she thought. The woods and the bird were a dream--no, a daydream; she got distracted on the way to her errand, that’s all.

She gets up from the ground, errand abandoned, and wanders until she reaches her house. It’s a bit dusty inside, but everything is left where it should be. The world around her confuses her--the fashion is strange, not to mention smokestacks and buildings taller than she thought possible--but she’s able to pretend until she really understands. Life goes on. 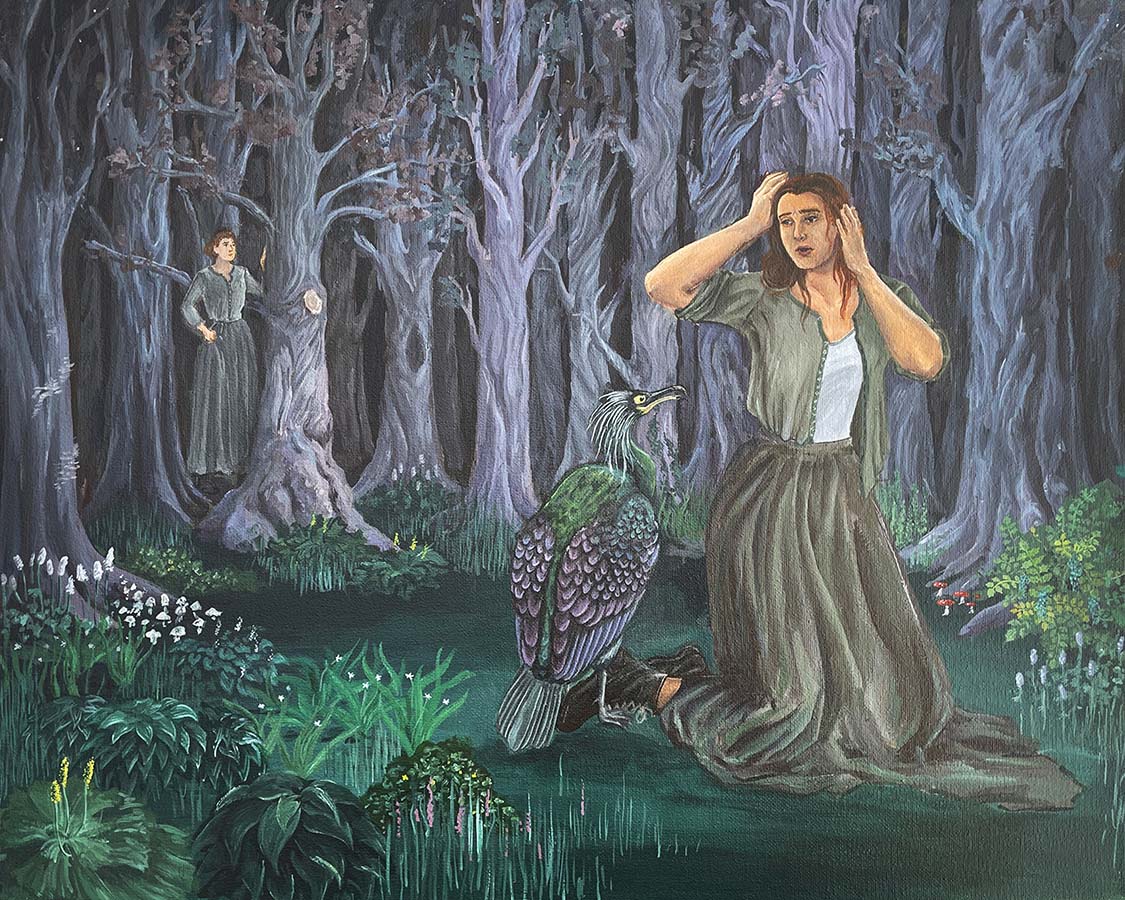