Alumnus Tanase Popa's work as a producer includes shows and films like "The Prom."

As a producer with Ryan Murphy Productions, Tanase Popa (B.F.A. Design & Production '06) has worked with the prolific screenwriter/director/producer on everything from his early television hit "Glee" to the Meryl Streep and Nicole Kidman film "The Prom" (released on Netflix Dec. 11). For Popa, it's the way some of those projects have opened doors and illuminated untold stories that has been most satisfying.

Before beginning his journey in film and television, Popa studied Stage Management at UNCSA and subsequently worked as a stage manager on Broadway and for national tours. As a producer, he's been nominated for five Emmy Awards, is the recipient of an AFI Award and is part of the team that earned a Peabody Award for "Pose." In addition to his production role, he also works with Murphy's Half Initiative, which aims to create "equal opportunities for women and minorities behind the camera" through programs like directing mentorships and internships.

Between busy production schedules for season 3 of "Pose" and the upcoming mini-series "Halston" (chronicling the life of the iconic fashion designer and slated for release in 2021), Popa reflected on his work with Murphy, his time at UNCSA and how the skills he developed as a stage manager translate to his work for the screen.

Tell us about your role at Ryan Murphy Productions. What does a typical day look like for you?

I am based out of Los Angeles and New York City, where we film multiple television series and films in both cities. I am currently in New York City where we are filming "Halston" and "Pose" and have been spending most of my time on the "Pose" set. My day is often spent on set to make sure our guest directors maintain the tone and vision Ryan Murphy has created. In addition to being on set, I also work closely with Ryan on our awards campaigns. I am often reading new writers' scripts and meeting with potential directors for upcoming projects.

One of the things Murphy is known for is jumping rapidly between genres on successive projects. What is that experience like?

Do you have a favorite project you've worked on? Why?

One of the productions I have been most proud of working on at Ryan Murphy Productions has been "Pose." It is a deeply enriching show that has been changing cultures and perceptions around the world and providing opportunities to an underrepresented community of untapped talent ready for their spotlight. Since our first season, we have been changing the landscape of television by hiring five trans women in season-regular roles and over 140 trans actors, writers, producers, directors, crew members, day players and background actors and actresses. 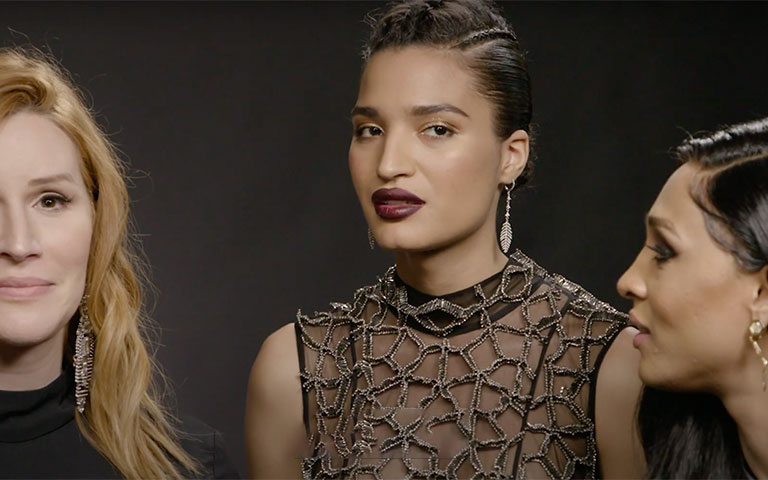 "Pose" co-creator Steven Canals, writer/producer Our Lady J and cast members Indya Moore and Mj Rodriguez talk about the impact of the show for "Peabody Conversations." Season 1 of the show won a Peabody Award in 2018.

I was so inspired to hear everyone’s journey and was honored to help the community create creative pathways into the television industry and join unions and gain access to healthcare and union benefits. I was also able to tie in a lot of my theatre background into the show as we were starting up. A lot of the choreographers we brought on were people who I had worked with over a decade ago in theatre when I was working as a stage manager and company manager on Broadway and at Alvin Ailey American Dance Theatre.

What have been some of your other career highlights?

Since graduating UNCSA, I have been very fortunate to be able to work on Broadway and on national tours of "Wicked" (San Francisco), "Next to Normal," "Sweeney Todd" (first national tour), "Company" and "Gypsy."

After many years in theatre, I decided to transition to film. I first worked at Pixar Animation Studios in development on "Coco." Then, I moved to Los Angeles to work with Ryan Murphy Productions. I’ve worked on "Glee," "American Horror Story," "American Crime Story," "Scream Queens," "9-1-1," "9-1-1: Lone Star," "Pose," "Feud: Bette & Joan," "Hollywood," "Ratched," "The Boys In The Band" and "The Prom."

I also curated Ryan Murphy’s Half Initiatives and developed the directing mentorship program in which we look for underrepresented emerging directors and have given them their first episode to direct in television.

The skills I learned as a stage manager were integral to becoming a successful producer ... you need to be a clear and concise communicator and leader to an entire team and be able to use your resources to often problem solve on the spot and help move the production forward efficiently and effectively.

You were in the Stage Management program in the School of Design & Production. What skills did you develop in your work in theater that translate to your current work?

The skills I learned as a stage manager were integral to becoming a successful producer. As a stage manager, you need to be a clear and concise communicator and leader to an entire team and be able to use your resources to often problem solve on the spot and help move the production forward efficiently and effectively. The two are hand in hand in similarities, and for me it was a smooth transition.

Can you share a significant memory from your time at UNCSA?

There are two memories that stand out for me from my time at UNCSA. I had an incredible interview process when I applied to the school by being welcomed by Deborah Foster (Admissions Counselor), who helped recruit me and champion me through my entire time at the school (including now — we still keep in touch).

She introduced me to the legendary John Sneden, who warmly greeted me when I came to interview and tour the campus. He knew everything about me. He had read my application in detail and wanted to make sure I chose UNCSA because they saw talent in me and wanted to see me succeed. He had retired that year and wasn’t our dean my freshman year; however, he often checked in on me and I often felt he was looking out for me, making sure I was able to succeed. He was an angel watching out for me. He was a blessing and someone who influenced my life during my time there.

COVID-19 has undoubtedly changed your industry. How have you been able to adapt over the last several months?

COVID-19 has changed the way we film during this surreal time in our lives. We had four days left to finish "The Prom" that we completed in July and we have seven shows filming right now. We have implemented safety protocols in order to protect everyone. It is its own full-time job, and we have a Health and Safety team organizing testing for more than 400 people per show, three times per week. There’s lots of PPE (personal protective equipment) and quick, reactive solutions if someone tests positive, in order to isolate positive individuals to contain spreading. It has been hard to do our jobs while also wearing face masks and face shields. But we work in an industry that adapts quickly and efficiently in order to keep productions ongoing.

What piece of advice would you share with students at UNCSA?

Dream big and work hard to achieve those goals. I remember when I was at UNCSA, I made the conscious choice to learn every art form that I could in order to be invaluable in the industry. I studied drama, dance, opera and musical theatre, as well as took Italian and German language classes and music theory classes. I also asked Dean Gerald Freedman if I could audit his directing classes. And whenever we had holiday breaks, I would go to New York and shadow stage managers on Broadway and even worked event management on New Years Eve in Times Square. I never took a break because I knew I needed to develop relationships early in order to forge a career in this business. By doing so, I was able to get hired to work on Broadway before I even graduated.