The School of Drama and the School of Design & Production at University of North Carolina  School of the Arts will present “The Fairytale Lives of Russian Girls and Other Fantastical Comic Tales,” an empowering fairy tale for the #MeToo age, beginning Thursday, Feb. 14 in Hanesbrands Theatre, 209 N. Spruce St.

The presentation, directed by Drama Dean Scott Zigler, will feature Meg Miroshik’s 2012 “The Fairytale Lives of Russian Girls” as the centerpiece, a story of young Russian women chasing after their country’s oligarchs for wealth and security into the world of classic Russian folk tales. The evening will open with two award-winning ten-minute plays: “Poof” by Lynn Nottage, also known for being the author of “Sweat,” “Ruined,” and “Intimate Apparel”; and “Three Guys and a Brenda” by Adam Bock. 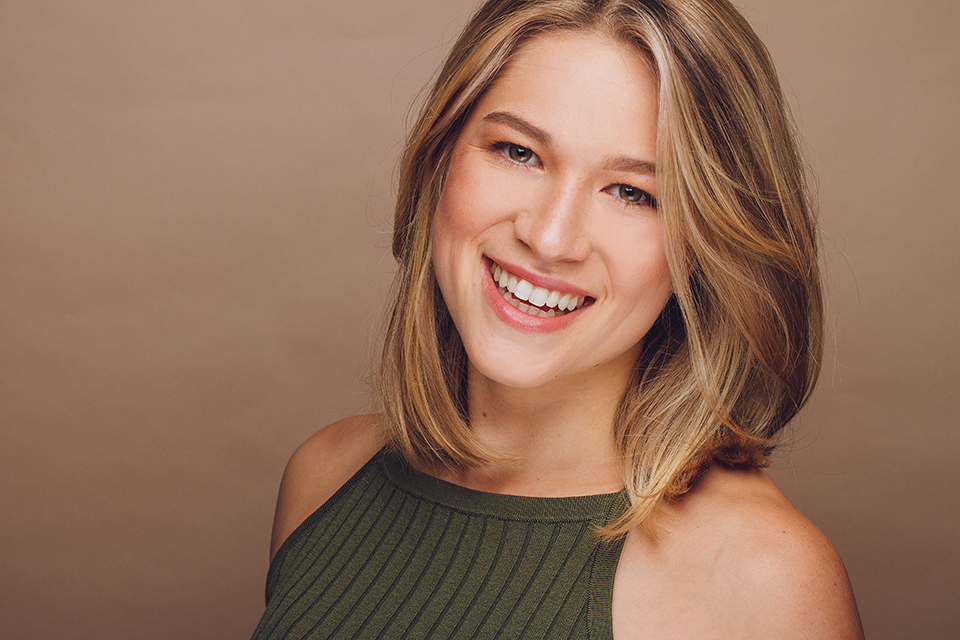 The three plays have all-female casts from the senior class, with the shorter plays providing a kind of thematic curtain-raiser once common in live theater and at the movies. Zigler said each of the plays is wrestling in a different way with how men and women relate to each other in terms of love and sex. “Each looks through a specific lens,” he said.

Winner of the Alliance/Kendeda National Graduate Playwriting Competition for the 2011-2012 season, “Fairytale Lives” follows Annie, the Moscow-born-but-raised-in-America daughter of a Russian émigré mother, who travels to Russia at her mother’s urging to bone up on her Russian language skills, which have started to fade in America, making  her Russian sound funny to native ears, and also, as she later finds out, to claim her birthright. While there, she befriends Katya and Masha and soon discovers that they must compromise themselves in ways that shock Annie’s American mentality. Though the pursuit of the Sugar Daddy is not completely unheard of in America, Americans tend to make these arrangements quietly, through websites such as Seeking Arrangement. In Moscow the pursuit of wealthy and powerful men is so prevalent that it has created an industry of schools describing themselves as “gold digger academies" and which young Russian women are proud to attend.

“The pursuit of wealthy older men by young women is a more deeply ingrained part of the DNA of modern Russian society than I was aware of when I started researching the play,” Zigler said. 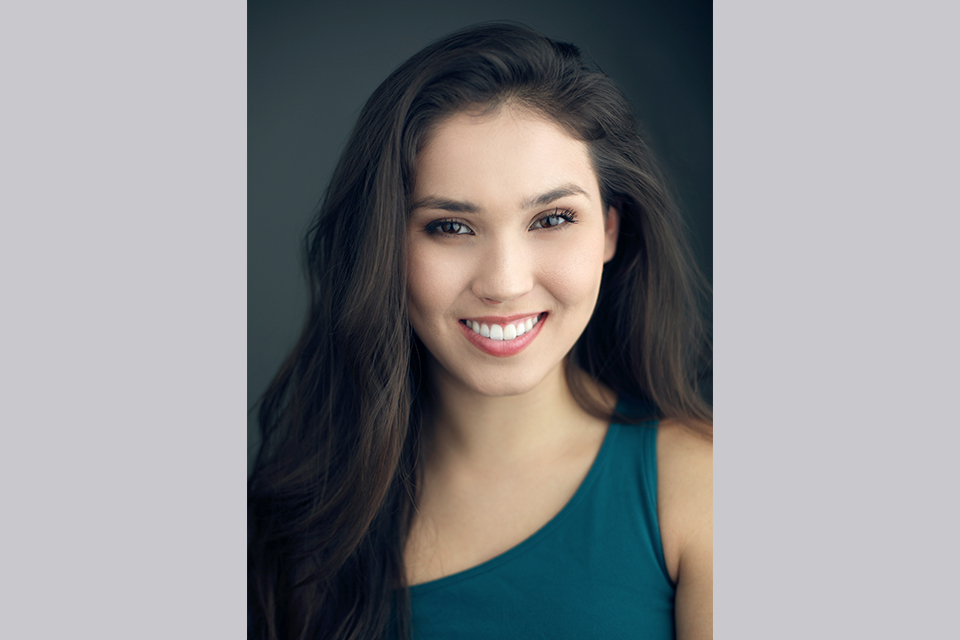 As Annie begins to discover the truth of her and her mother’s departure from Russia, the three girls’ stories become increasingly intertwined with the Russian folktales they imagine themselves living in, and we begin to wonder if some of the fairytale creatures from the Russian folktale tradition might actually be living among us. For example, while in Russia, Annie stays with her mother’s friend, her “almost Auntie Yaroslava” who flies around on a mortar and is able to weaponize potatoes, recalling the folkloric Baba Yaga figure of an unsightly woman who has supernatural powers. Russian men who are not wealthy evolve into bears, men who sit around the house drinking all day and often abuse their partners. The women pursuing the oligarchs create fairytales of becoming princesses to rationalize their self-inflicted degradation.

“Fairytale Lives” is “definitely a comedy, but parts of it can be both fantastical and pretty dark at the same time,” Zigler said. “It’s one of those plays where you’re laughing until you start to think, ‘What am I laughing about?’” 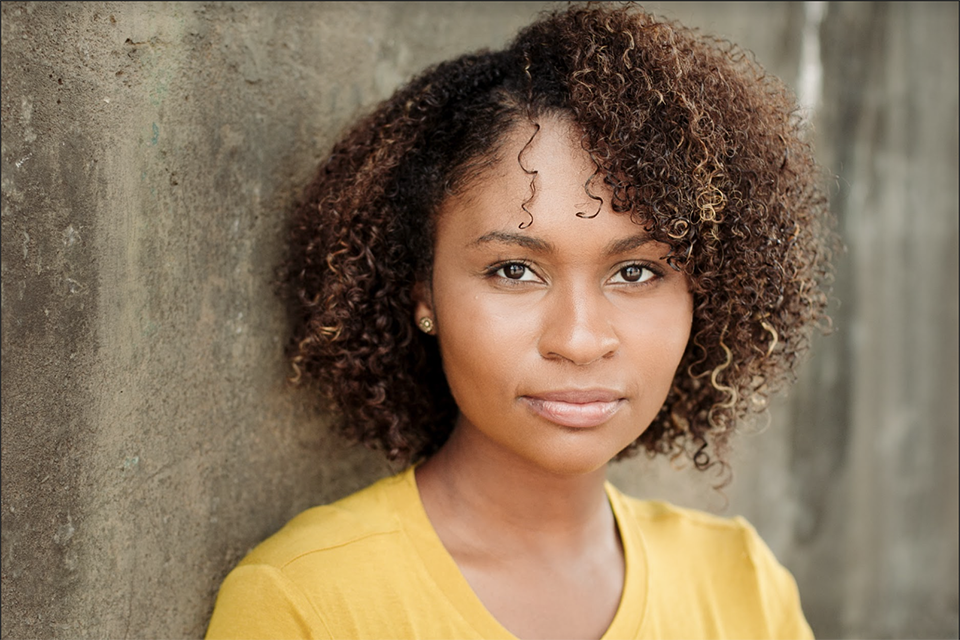 “Poof” and “Three Guys” each won a prestigious Actors Theatre of Louisville’s Heideman Award for the year’s best 10-minute play during the company’s Humana Festival of New American Plays.

“Poof” looks at domestic abuse “through a somewhat magical and sometimes even comedic lens while, at the same time, never forgetting how serious the underlying issues being discussed in the play are,” Zigler said. 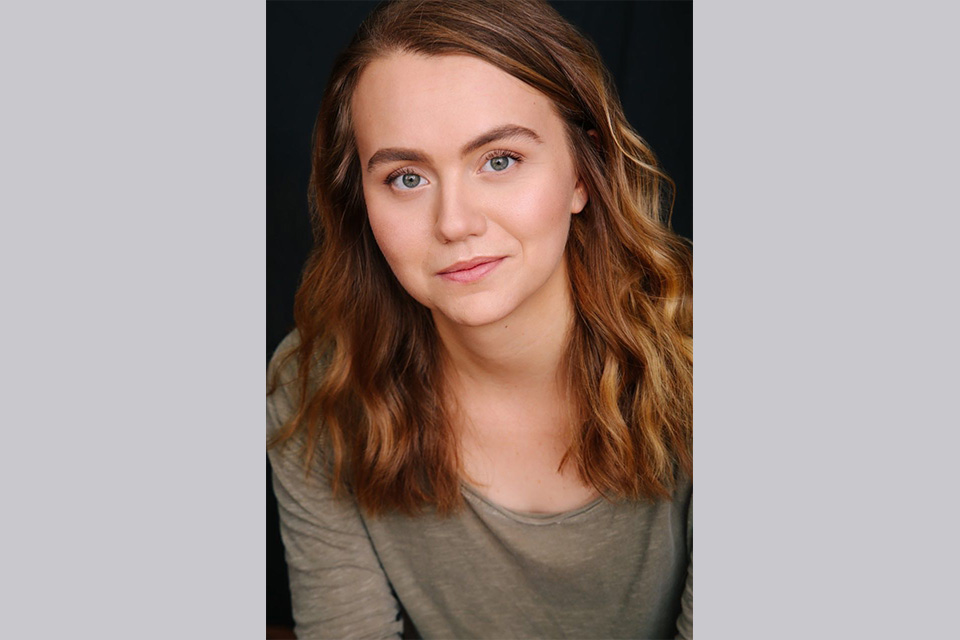 Katie Weinstein plays Brenda in "Three Guys and a Brenda."

In “Three Guys,” three women play men and interact with a woman (played by a woman) in the break room of a never-identified factory. The result: audiences may look at notions of male sensitivity and vulnerability in “Three Guys” in a new way because men are played by women. “The play is really examining the kinds of assumptions that we make in our traditional ideas about masculinity and trying to flip them on their head,” Zigler said.

The cast for “Three Guys” includes Sydney Endicott as Randall, Madeline Milligan as Bob, Julia Sismour as Joe, and Katie Weinstein as Brenda.