"You Know His Name"

The School of Filmmaking at the University of North Carolina School of the Arts (UNCSA) presents its free semiannual screening of student films created during the 2020-21 school year at 7 p.m. Friday, Oct. 1, in Main Theater of the ACE Exhibition Complex. Face masks are required. The films will be available on demand until Sunday, Oct. 3.

“This collection of films demonstrates the wide range of concerns and experiences UNCSA filmmakers are wrestling with ‒ their work marks a particularly monumental period in all our lives,” said Deborah LaVine, the new dean of the School of Filmmaking. “I deeply appreciate each of our students’ artistic courage, combined with their talent and ability to uniquely express themselves. I believe one or more of these films is likely to reflect feelings each of us have ‒ or have had.

“This collection doesn't begin to scratch the surface of the rich storytelling and exciting filmmaking coming from the UNCSA School of Filmmaking. But it's a glimpse, with much more to come,” she added.

Some of the student filmmakers will be available for a question-and-answer session after the screening.

The films to be screened include: 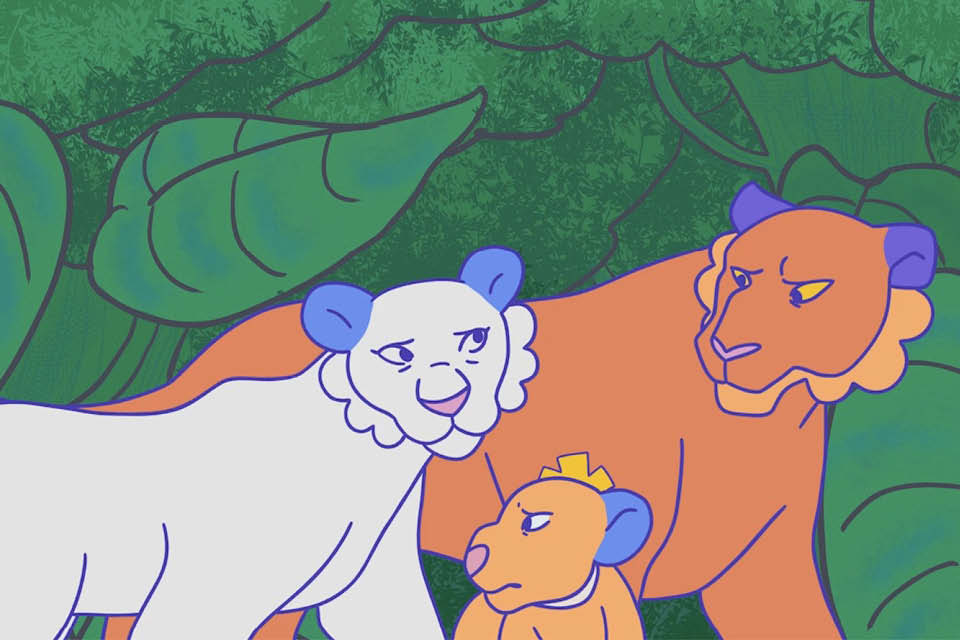 An abuela (grandmother) prepares for her night with her grandchildren with loads of Hispanic fun. Unfortunately, the grandkids have no cultural connection to their grandmother, nor do they want to be there. As a last-ditch effort, Abuela conjures up a story of the Tiger Blanket in hopes that the tale will break through to her nietos (grandchildren).

“You Know His Name,” a third-year narrative. 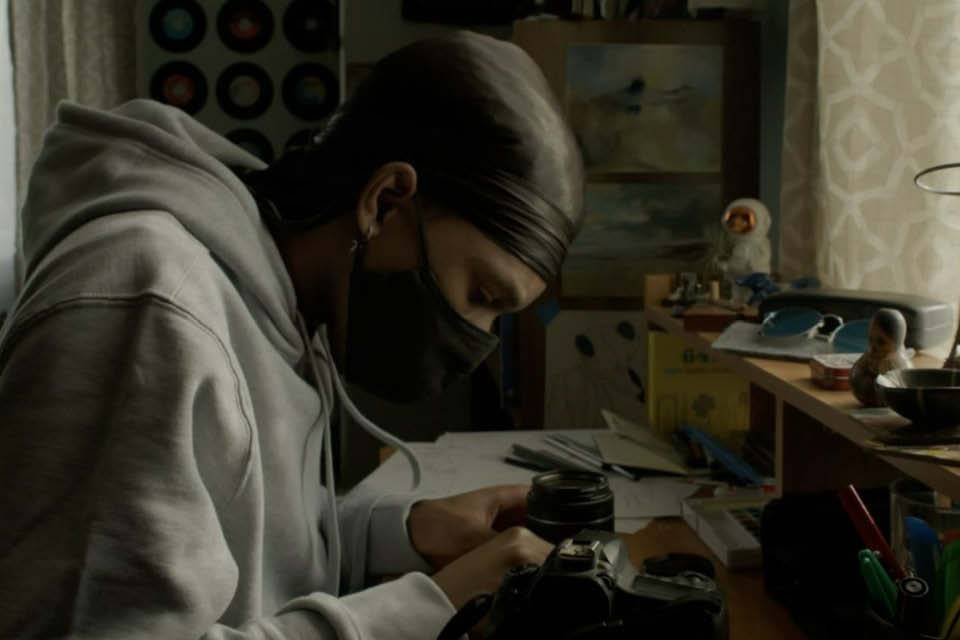 "You Know His Name"

A day-in-the-life story of a black teenager in America, the film follows our nameless protagonist as he prepares for a photo shoot with his close friend Zoe. Dodging his mother’s requests and staying out later than he should, he and Zoe discuss their futures, their dreams and his insecurities, culminating in a dark and difficult drive home.

“You Know His Name” was written by Desiree Winns and Clarke Phillips; directed by Phillips; produced by Robert Mageau; with cinematography by Ben Trevey; production design by Ben Ter Haar; edited by Isabel Rodriguez; sound design by Vasiliki Omirly; music by Michael McKeithen, Jr.; and costume design by Sarah Sims.

A love story, “When Bag Met Helmet” was written, directed, shot and edited by Clarke Phillips with music by Twin Cabins. The cast features Beau Sheil and Rin Rlayang.

"When Bag Met Helmet" is a story of two game characters who enjoy each other's company until there is a glitch in the game and Helmet disappears, causing Bag to try several ways to bring Helmet back.

A small-time drug dealer out of his depth must sell all of his product before the end of the night or suffer the consequences. 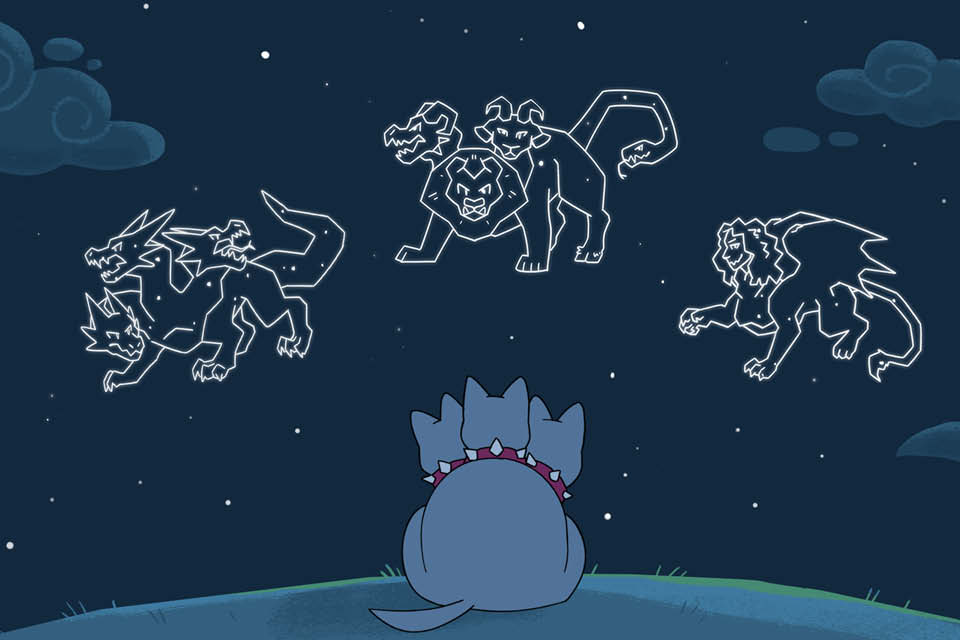 When Cerberus, a three-headed puppy, ends up on the lord of the underworld’s doorstep, he goes through guard dog training to become useful to his new master. Will he remain a cute and loving puppy, or end up the monster that he was born to be?

“Her Skin,” a second-year narrative. 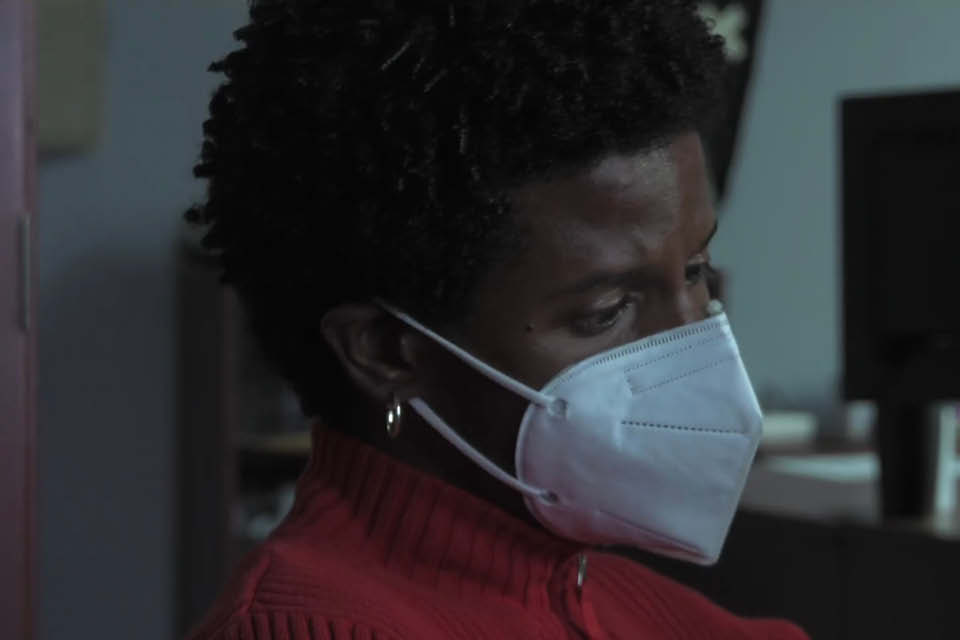 When first-time director Ravyn is confronted by an established executive producer days out from her first major production, she tries to convince him not to recast the lead actress. But by challenging the bias underlying his decision, Ravyn could end her career before it starts.

“Her Skin” was written and directed by Cameron Parker; produced by Cherise Honoré and Maya Penna-Scheer; with cinematography by Andrew Parkerton; production design by Alejandro Lucas Fritts; edited by Mariah Manning; and music by Nathan Shanahan.

A giant man-baby plots revenge against his abusive father after being denied what he loves most.

Following a traumatic visit from the outside world, a captive-being attempts to escape its life as a tourist attraction for an underground civilization.

“Prism” was written by Jack Dillaplain and Zander Heiselman; directed by Dillaplain; produced by Jenna Cusack and Johnny Deffinbaugh: with cinematography by Bobby Gupton; production design by Emily Kuhlmann; edited by Kendall Best; sound design by Dian Yu; music by Wilfred Moeschter; costume design by Sarah Sims; and hair and makeup design by Molly Stevens and Izzy Cosen, students in the School of Design and Production (D&P). 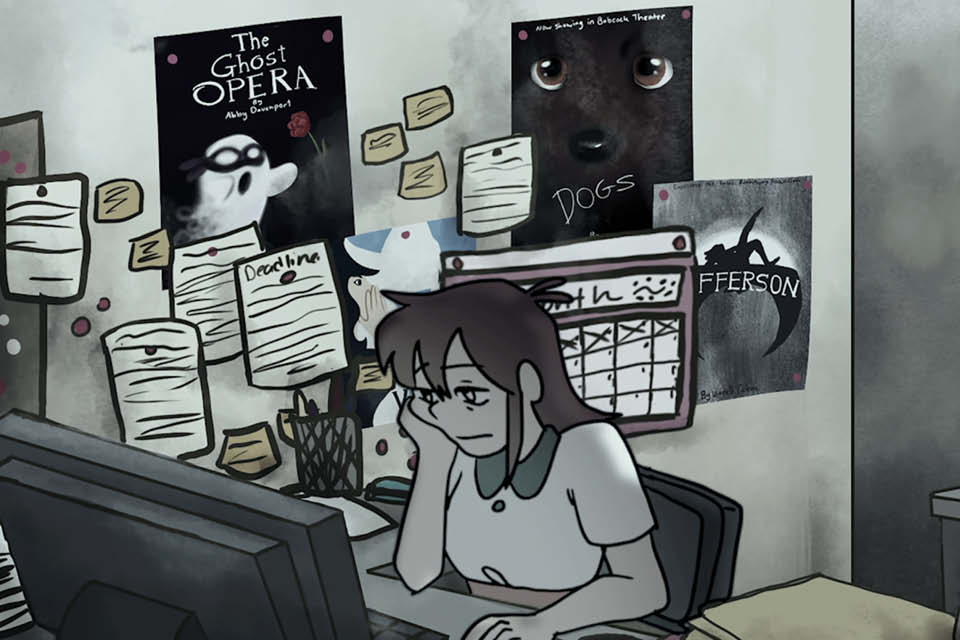 Maria is tired of her mundane office job and wishes her life was like a musical. 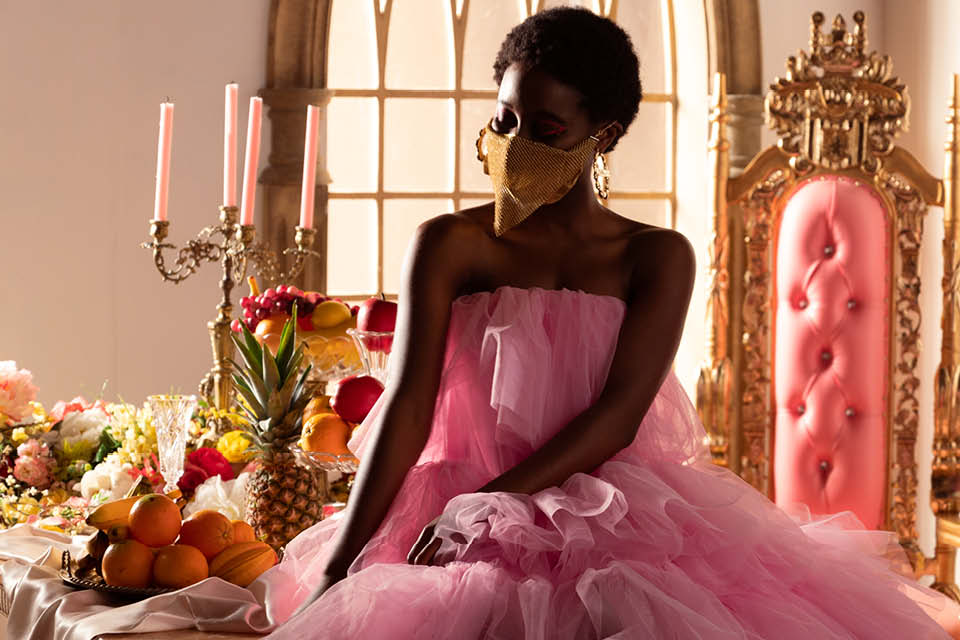 After the disappearance of her younger sister, Jamila finds herself in an unknown world. While searching for her sister, she stumbles upon magic within the world and ultimately within herself.