This spring, seven cast members and a cadre of technicians and designers came together for the production of "Passage," a play by Christopher Chen that explores how power imbalances affect personal and interpersonal dynamics. The play was significant — it was the School of Drama's's first production with a cast consisting entirely of Asian American and Pacific Islander (AAPI) performers, and also included an AAPI director, stage manager and other crew members.

"Passage," part of the 2021-22 Patrons Series, is set in Country X, a neocolonial client of Country Y. The play centers around the friendship of characters B and F, a local doctor and an expat teacher, respectively, and the ways in which that friendship is challenged after a visit to a local tourist attraction. It was guest directed by Nana Dakin, a queer Thai-American director of new work, classics and devised performance based in New York City.

The production was the culmination of more than a year's worth of planning, hard work and self-discovery led largely by the actors themselves. Cast members formulated the plan for an AAPI production, approached the School of Drama with that request, selected the play, contacted Dakin and worked to bring the story to life.

From concept to selection

Isabelle Bushue, who played G/Gecko from Country X and J from Country Y in the play, recalls the original discussion students had last year about the possibility of bringing an AAPI production to the stage at UNCSA.

Bushue, along with a group of fellow students, approached professor Cameron Knight with the idea. Not only did he immediately agree, but, to her surprise, he suggested they find a way to make it happen the following season.

Over the summer, Dean Scott Zigler announced that the show would be part of the upcoming Patrons Series. The series features workshop-style performances with minimal sets and gives students the ability to work with a stage manager, lighting, costumes, props and sound. At that point, he turned it over to the students to select their desired project.

What was clear from surveying the seven-person cast — which included third- and fourth-year students Arman Hakimattar, Anna Lei Negrin, Trevyn Wong, Shreya Muju, Josh Haglund, Belle Le and Bushue — was that whatever they chose would need to accommodate a diverse set of backgrounds and experiences.

"It became obvious that whatever we did needed to accommodate Asian American stories — plural. So, how could we find a play that encapsulates all of us?" Bushue says. 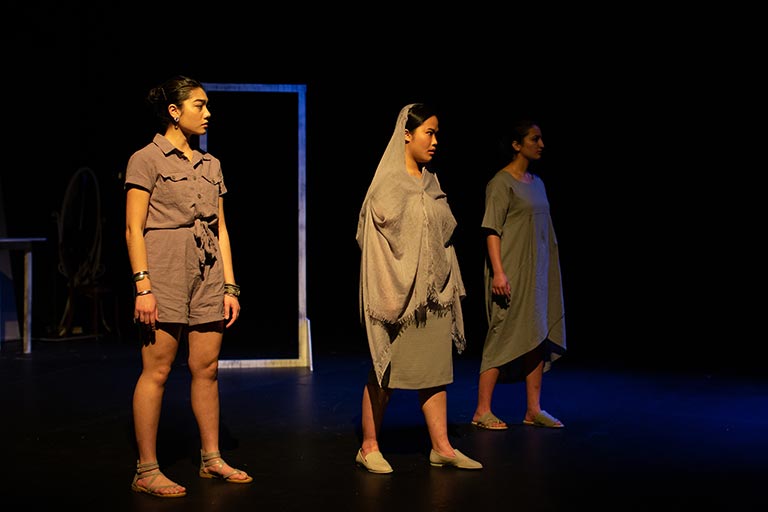 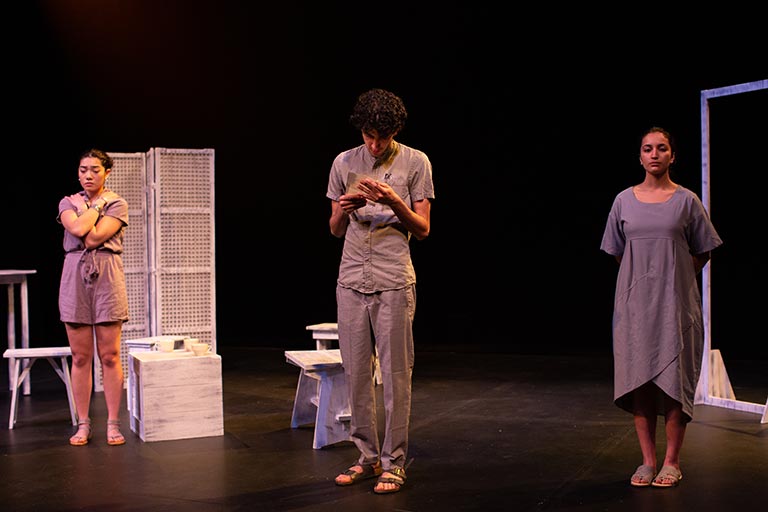 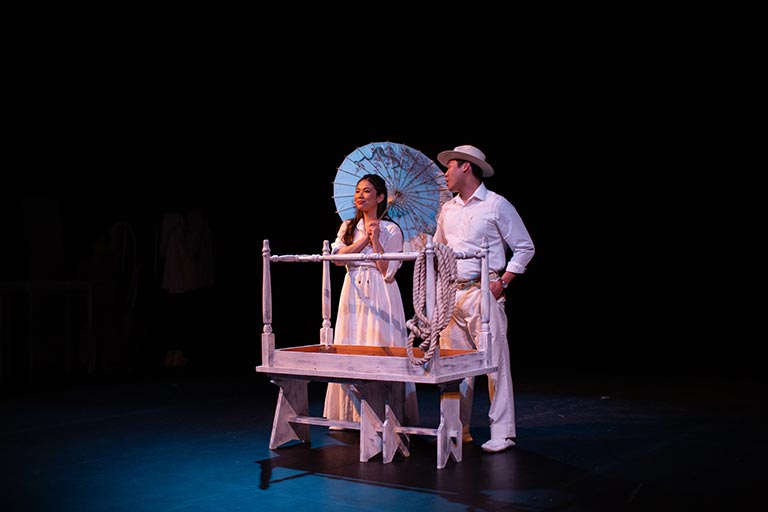 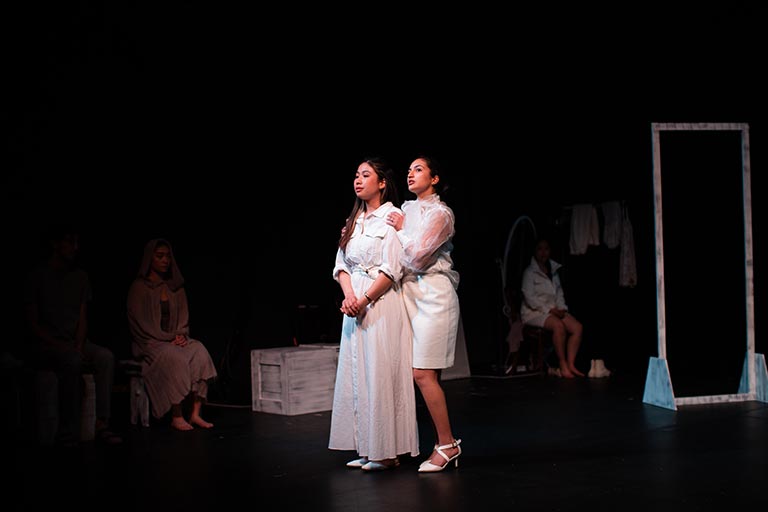 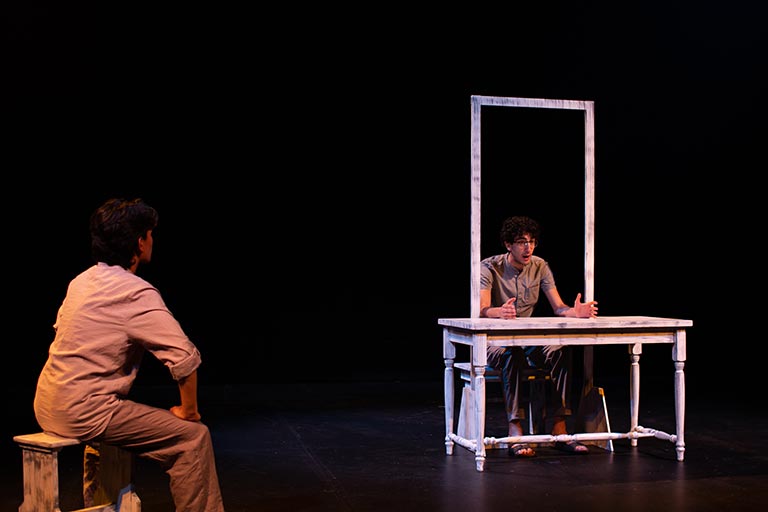 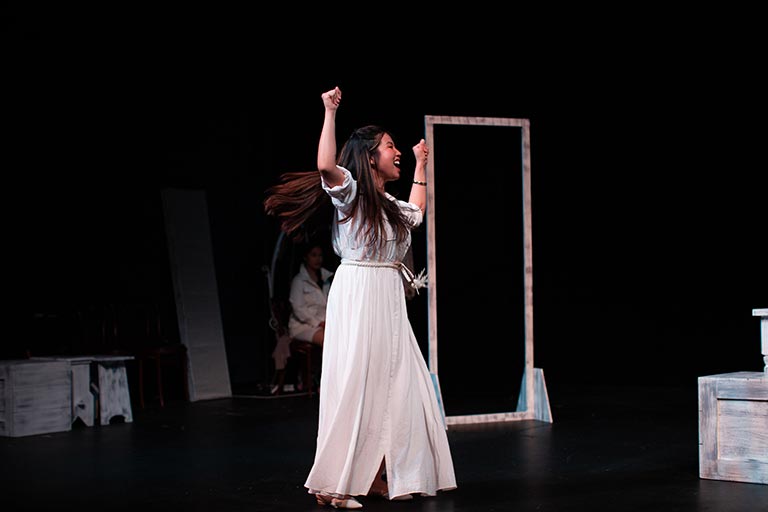 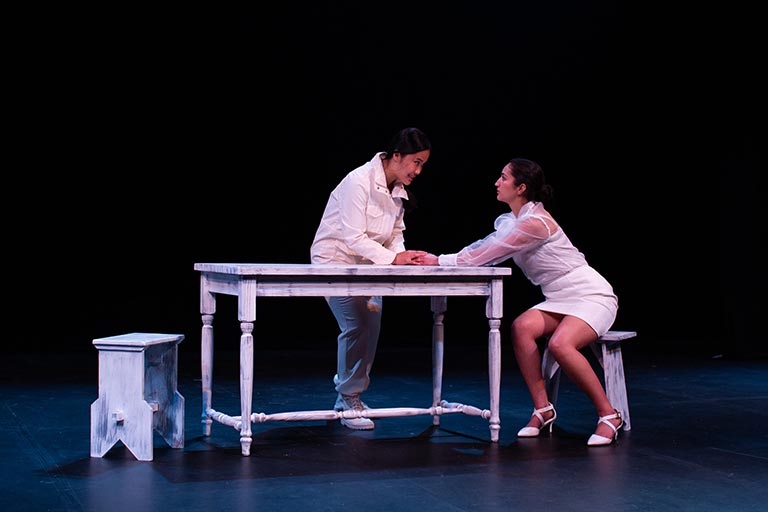 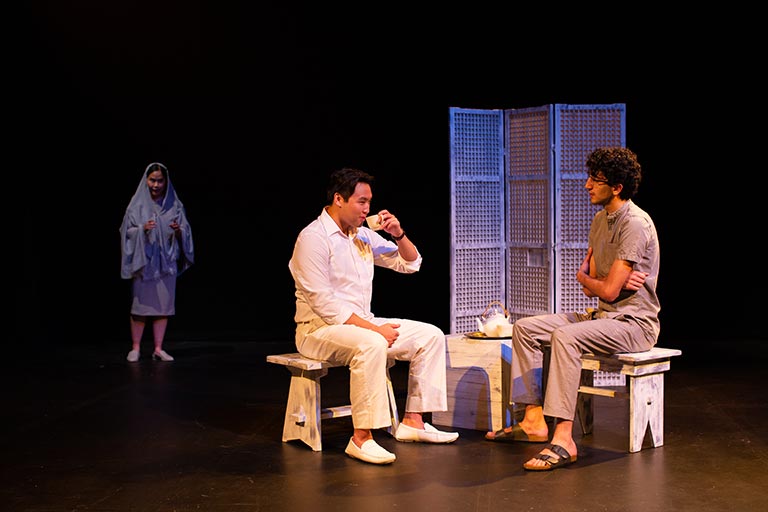 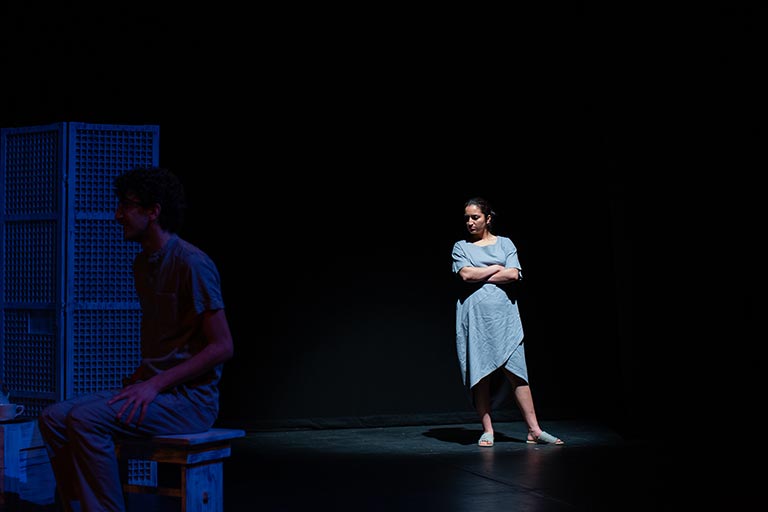 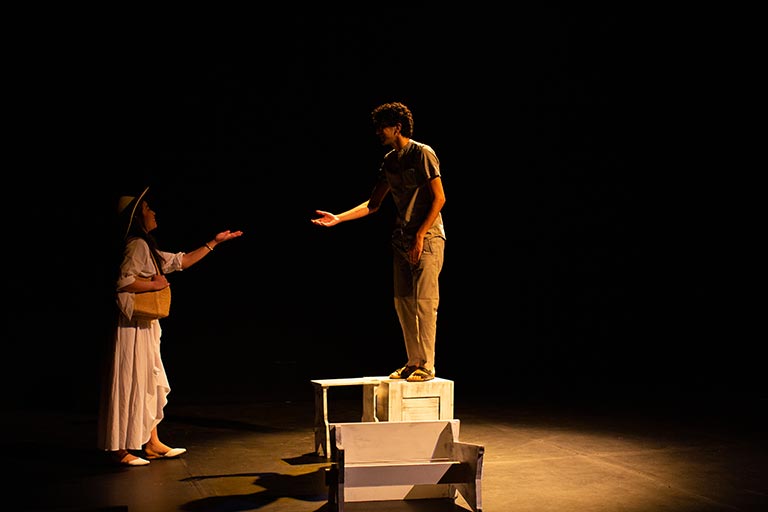 With guidance from mentors like Michi Barall, Joy Lanceta Coronel, Peter Kim and fellow fourth-year student Acadia Barrengos, they eventually landed on "Passage" by Chen, particularly drawn to the malleability of its characters' identities.

"Immediately, everyone was excited about this play," Bushue says. "We felt instantly grounded by the subject matter and the flexibility of the cast's ethnicity, age and gender."

"What was great about this play is that, although it was based on the book 'A Passage to India,' Chen strips the play of its Indian context and sets the play with letters as countries and names," she adds. "And so, because we were an all-Asian American cast doing this play, it was really interesting to think of it within all of the many different colonial contexts within 20th century Asia — and also all of the things going on right now. It's just incredibly relevant and important."

The students were also tasked with finding a director. They found one in Dakin. The connection between cast, crew and director was instant, and one of the most meaningful parts of the experience.

"When we finally met her in the space, when we walked in during that first day of rehearsal, all of the weight, all of the work we had done to make this project happen, finally fell off of our shoulders," Bushue recalls. "It just hit me that we had worked so hard to finally have an opportunity where someone who identified in such a similar way to us was here to guide us. She made us feel so taken care of."

That sense of and desire for connection played itself out in the themes inherent in "Passage" as well. In her director's note in the play's program, Dakin speaks to the importance of seeing and being seen, of being awake and healing:

"What I love about Christopher Chen's 'Passage' is the way he invites us to 'walk around' the question he is asking — a deceptively simple question — 'Can a person from Country X and Country Y be friends?' As the play unfolds, and we walk around and around this question, we are invited into a much murkier cavern and labyrinth of ideas and experiences. We are asked to examine how power and privilege shape our perspectives and sow inequality. Each character and situation invites us to see the visible and invisible privileges we hold and asks us to consider their cost."

We cannot change what we cannot see. We have to be awake to what shapes us, in order to engage in shaping it back — to change, to come together, to heal.

"We cannot change what we cannot see. We have to be awake to what shapes us, in order to engage in shaping it back — to change, to come together, to heal."

That sense of healing permeated the production for cast and crew alike. "Words cannot express how healing and sacred this piece was to me as someone who has never been in a theatrical environment where I wasn’t the only AAPI person," says Olivia Kurima, stage manager for "Passage." "The space that was created by the company in the rehearsal room felt so safe, which allowed us to have conversations about our identities that we couldn’t have in a white-dominated space.

"Through Nana Dakin, I have been able to make connections with other Japanese stage managers who have not only taught me a lot, but also have given me this feeling of relief of not being the only one of my ethnicity in the industry … getting to meet these new mentors let me know that I didn’t have to walk this path alone, because others have walked it, too."

For Kurima, the realization of such a production was long overdue, and she hopes it sets the stage for future seasons. "I hope that the success of 'Passage' paves the way for more productions like it that allow AAPI voices to have greater representation in the theatrical process," she says.

And the faculty are listening. “They are giving space and resources in order to make that happen,” she adds. “I'm really hopeful for future students to have a similar experience that myself and the cast of 'Passage' had with Nana — we had someone that we could look up to and identify with and feel seen and heard by."