Kali Poore served in ArtistCorps from 2017 to 2018 while earning her Master of Music in Oboe Performance. She is now teaching at the Creative Arts Academy of St Lucie, a Title I public magnet school in Florida. Since leaving ArtistCorps, she has been very invested in music education. And she loves bringing music to students who might not experience it otherwise. 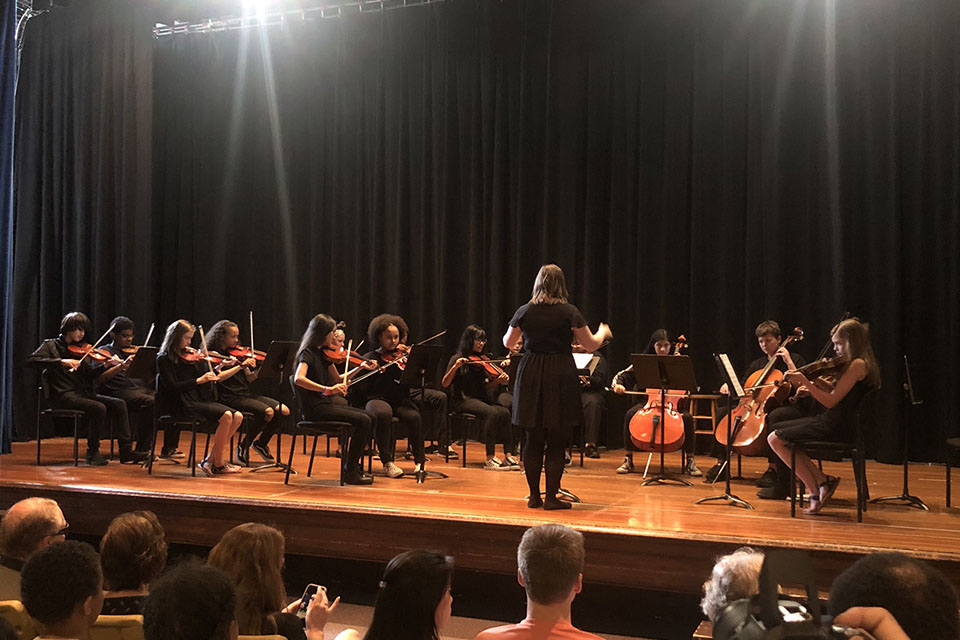 Kali joined ArtistCorps because it was a job that worked well with her schedule and allowed her to get some experience in the music field. At that time, her intention was to get her doctorate and teach and perform at the college level. She had no intention of ever teaching children, but that soon changed.

At her first ArtistCorps site, Kali worked with flute, clarinet, and oboe students, who might not have gotten the focused attention in a traditional classroom. Some of the  students expressed that they wanted to audition for the All-County band but were nervous because they might not be selected. Kali worked with them for several weeks to prepare for the audition. "Two of my young ladies ended up making it," she says. "My life felt more meaningful and fulfilled in serving under-resourced students and helping them succeed," she says. Moving through her year of service, she found it rewarding to see how excited the students were to learn and, as a result, her confidence grew. She ended up changing her plans for graduate school and moved into becoming a teacher in the public schools through Lateral Entry, a program which allows teachers to gain their certification while in the classroom.

The most important takeaway Kali learned from her service was how to collaborate with other artists. She feels that as artists, we protect our art and how we want it to be presented to the world. The collaboration process honed through ArtistCorps brought her out of her shell and helped her gain a better understanding of all the arts for her students.

Currently, Kali teaches general music to kindergarten through second graders twice a week, and third through fifth graders every day, which is an amazing amount of time to be spending on the arts in elementary school! Kali enjoys teaching elementary school because the curriculum is flexible. She allows the students to help guide her on what they want to learn and incorporates their interests into the units while also moving through the standards  they need to learn. One example she shared on how to integrate the arts into the curriculum involved the science standard of vibration: "My 3rd graders created water xylophones by measuring out different amounts of water into mason jars and determining how the amount of water impacted the pitch."

Since leaving ArtistCorps, Kali specifically looks for programs in Title I schools with a high level of collaboration so that she has the opportunity to continue to bring music to underprivileged students. "I love working with students who might not be aware of all the opportunities available to them. They work hard and it's great to see them grow", says Kali.