Gillian Murphy (‘96) was a student in the School of Dance's Classical Ballet program for just three years, but it is evident that those three years still mean a great deal to her to his day.

“From my first moment on campus, I felt part of a community of young artists who were intent upon training and growing as artists and people," Murphy says. "It was so special, at the age of 14, to be surrounded by peers who had that same passion for their art that I did.”

Murphy has been a Principal Dancer with the American Ballet Theatre (ABT) since 2002 (she joined the company in 1996). She is married to fellow dancer Ethan Stiefel, a famed choreographer, director and former dean of UNCSA's School of Dance. The two welcomed son Ax to the world in June 2019.

“Gillian is one of the most important American ballerinas in the dance world today,” says Susan Jaffe, Dean of the School of Dance. “She is an amazing dancer, possessing power, beauty and artistry, and is thrilling to watch.”

Murphy was born in England, where her father worked overseas. At the age of 3, she began her ballet training in Belgium. Her family moved to Florence, South Carolina, and some time later she began training with the Columbia City Ballet. She and her mother would drive a three-hour, round-trip commute until they finally relocated to Columbia to make training more convenient.

“I just always loved to move. In kindergarten, I was walking around on my toes in my tennis shoes,” she says.

I loved the feeling of dancing, and as a form of expression, too. The dance studio was the one place I felt completely free to put all of my feelings out there.

Murphy was a shy child, but dancing gave her a voice. “I loved the feeling of dancing, and as a form of expression, too. The dance studio was the one place I felt completely free to put all of my feelings out there.”

When she was 14, a story in Dance magazine sparked Murphy’s interest in UNCSA. “The article featured a student who had won a Princess Grace Award. My mother and I were impressed by that. It spoke very highly of the school that one of their dancers would win that award.”

A few months later, she was a student in what she calls “a perfect, creative and nurturing atmosphere.”

Murphy thrived under the tutelage of her instructors, which included the late Melissa Hayden. “I was a little intimidated at first,” Murphy says. “Melissa was legendary as a dancer and as a teacher. I knew that she could be tough and brutally honest, but I prepared myself to not show her that I was intimidated.”

There was a connection from the get-go. “She liked that I was hungry to learn and would not take corrections personally.” 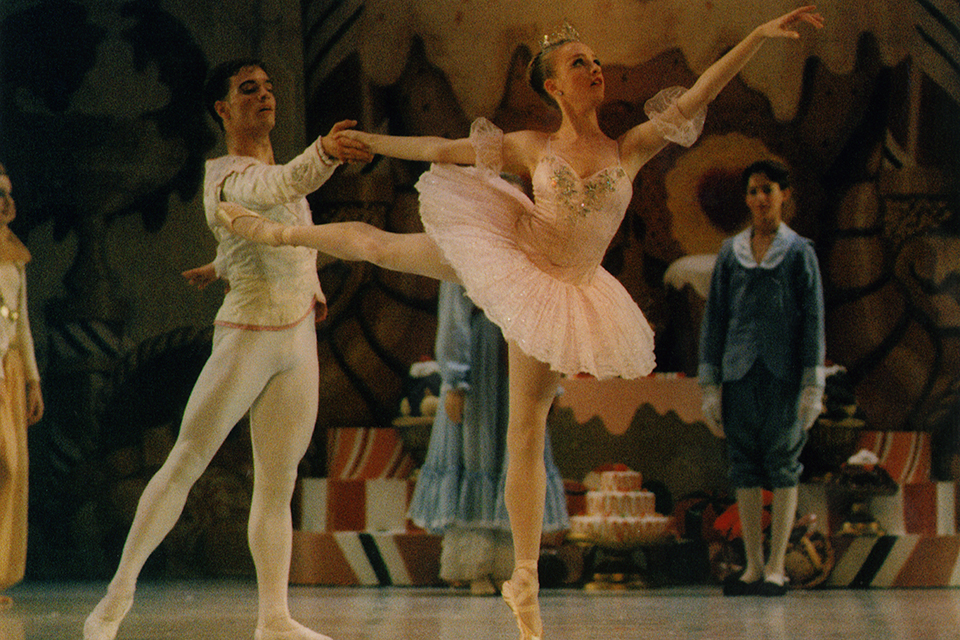 Murphy in UNCSA's production of "The Nutcracker" in 1994.

It wasn’t long before Murphy was dancing principal roles in several of the school’s ballet productions, including "The Nutcracker" and George Balanchine’s "Concerto Barocco," "Western Symphony," "Tarantella" and "Theme and Variations."

Over time, Murphy and Hayden connected outside of the studio. “She would invite me to her home, and we’d play Scrabble with her husband. She’d make the most amazing meals.”

Awards began to stack up as Murphy honed her talent: finalist at the Jackson International Ballet Competition; the Prix de Lausanne Espoir award, after performing the final round at the Bolshoi Theatre in Moscow; a National Foundation for Advancement in the Arts Level I award. And in 1998, she was bestowed with the very honor that caught her eye three years prior—the Princess Grace Foundation-USA grant. The Princess Grace Foundation would go on to award Murphy its highest honor, the Statue Award, in 2009.

Her success led to several exciting opportunities. Despite offers to train with many renowned international ballet schools, Murphy decided to finish her schooling at UNCSA, albeit a year early.

“It was enticing, but UNCSA is a gem of a school. I loved the community here, the support from the faculty and my fellow students, the great academic program. I felt strongly that UNCSA was the right place for me to be.”

Ultimately, American Ballet Theatre became Murphy's next destination. Georgina Parkinson, a ballet mistress with ABT, had made a visit to campus to work with students. After seeing Murphy perform, Parkinson told her she was “ABT material.” Just a few days after joining, Murphy was touring in Rio de Janeiro. 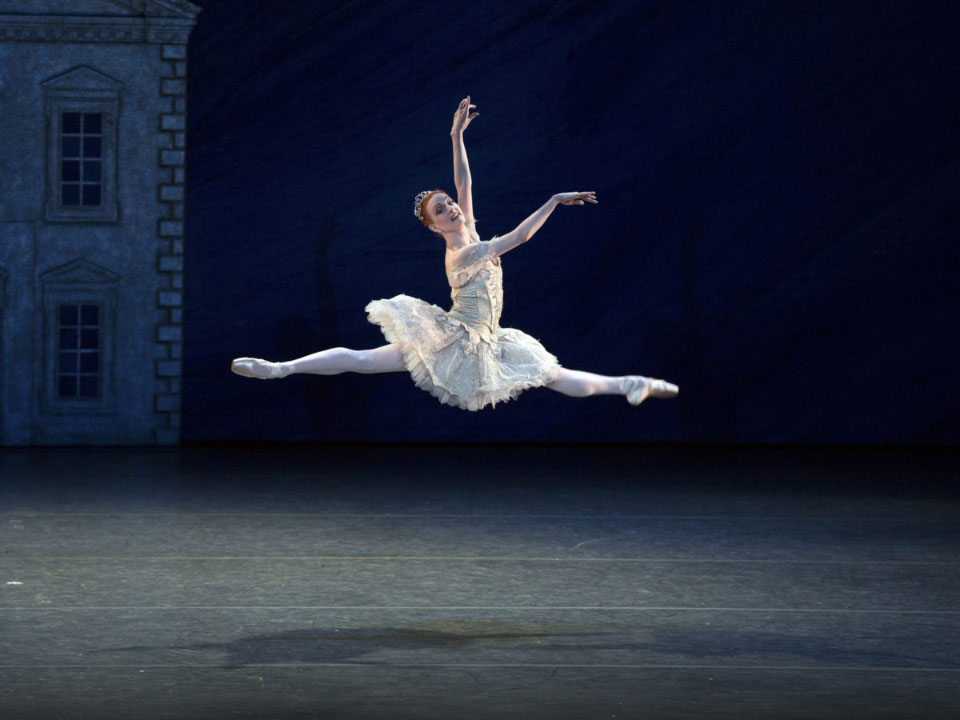 Murphy in an ABT production of "The Nutcracker." / Photo: Rosalie O'Connor

Murphy has appeared as a guest artist all over the world, including Japan, Chile, Greece, Germany, Italy, Russia, Sweden, Australia, New Zealand and throughout the United States. “It’s been an incredible journey, traveling around the world doing what I love with incredible colleagues.”

UNCSA has a long history of students joining ABT, according to Murphy. She rattles off several names of dancers who were there when she arrived and those who joined later. But few were recruited at the young age of 17.

Her accomplishments are staggering, with a repertoire that includes more featured and principal roles than can be counted, as well as guest appearances at almost all of the major theatres in the world.

Giving back to dance

Murphy has clearly given a lot to dance. In addition to a wealth of honors and worldwide performance opportunities, what has dance given back to her?

In recent years, UNCSA paid special recognition to Murphy by establishing the Gillian Murphy Endowed Scholarship Fund, enabling the School of Dance to award in perpetuity an annual, merit-based $25,000 scholarship to a talented student for up to four years.

“This is our most prestigious scholarship in the School of Dance,” Jaffe says of the scholarship. “It honors Gillian Murphy not only for her accomplishments, but for the qualities that have led to her success: discipline, hard work and passion for the craft." The scholarship is awarded to students who reflect those qualities.

Such a thrill to help @susanjaffeofficial gather these exceptional ballerinas & friends for an extraordinary evening of brand new (or fairly new) works!! These dancers & @mbhoven @tylerrrmaloney @jamesbwhiteside were truly awesome last night in ballets by @gemma_bond__ @susanjaffeofficial #JamesWhiteside & #EthanStiefel! For some dancing clips & more about our visit @uncsa for the UNCSA Choreographic Institute, check out my @gaynorminden story takeover 😏✨

In addition, Murphy—along with Stiefel and her fellow ABT dancers—regularly returns to UNCSA to teach master classes and perform for fundraisers for School of Dance initiatives like the summer Choreographic Institute.

Her confidence in the school and its students is strong.

“There is so much possibility for greatness at this school,” Murphy says. “The more they recruit very talented artists, the better. It only helps UNCSA to keep developing young artists who take the world stage by storm.”

by Elizabeth White and Corrine Luthy