Dance alumna defines her own artistic success as a television producer

When 2003 high school dance alumna Rebecca Soldinger started working for “Rachael Ray” as a college intern in the mid 2000s, she knew she had found a home. As a coordinating producer for the show, which earned a 2019 Daytime Emmy Award for Outstanding Informative Talk Show, she still enjoys the thrill of storytelling and being behind-the-scenes on a daily basis.

She’s also the co-creator of “Broadway Sandwich” with fellow high school dance alumnus Garen Scribner (’03), a web series that follows Broadway actors’ activities between shows and that has earned an Emmy nomination of its own—the show is up for a 2020 New York Emmy Award.

The path from the world of dance to the television industry wasn’t always clear cut, though. We caught up with Soldinger to talk about her current work and the journey she took to get there.

From dancer to producer

As a producer for Rachael Ray’s long-running talk show, Soldinger says every day is different. “What I love about my job is that there isn’t a ‘typical day.’ I come up with ideas for the show and then figure out how to make them happen by finding the best way to tell the story.” 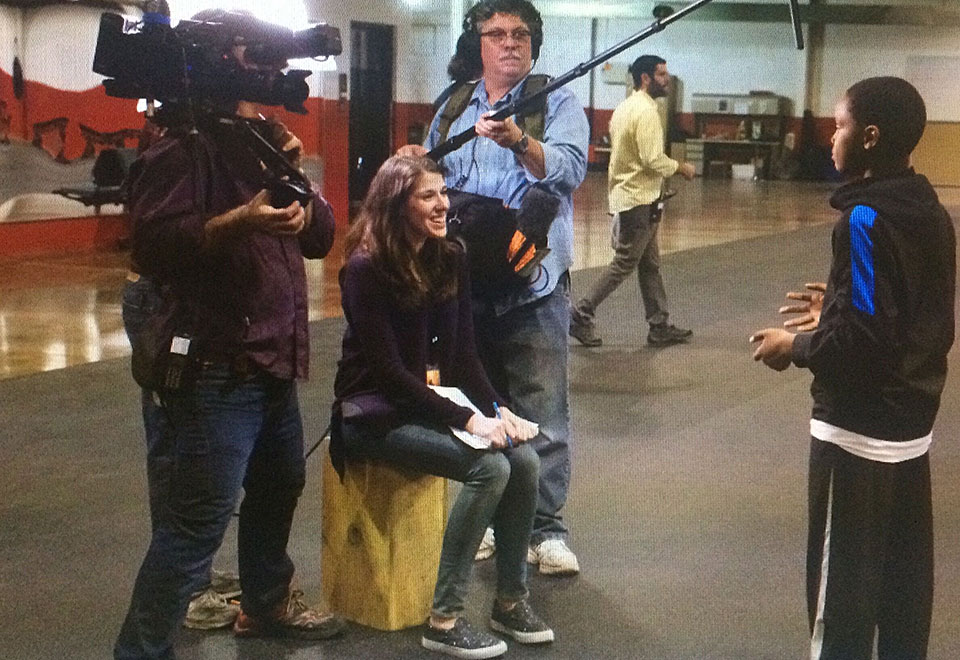 Soldinger (seated) behind the scenes of a segment for "Rachael Ray."

The best part, though, is when the show is taping. “There is nothing like the energy of being in the studio; it’s the same feeling I had when I was dancing. I’m not on stage, but my work is and I’m amazed by what a similar feeling that is.”

“And we do have an opportunity on this show to make a difference and bring some joy to peoples’ lives,” she adds.

Although she loves her work, Soldinger wasn’t always sure how her life as an artist was going to pan out after graduating high school.

“It became clear to me my senior year at UNCSA that ballet wasn’t going to work for me,” Soldinger says. “I was devastated. I had never considered doing something else with my life and that there was a way to keep making a living in the arts.”

She decided to attend the Fashion Institute of Technology (FIT) in New York City to become a buyer, blending her love of art and fashion into a career. She realized fairly early on, though, that it wasn’t the right industry for her.

As a student at FIT, she began interning in television, first for a soap opera, then “Entertainment Tonight” and “Rachael Ray.” It wasn’t totally unfamiliar territory—her grandfather, father and brother have also been in the TV industry.

It was then that something clicked. “I realized, ‘these are my people,’” she says. “It just kind of felt natural. But I also worked really hard because I wasn’t in the television field.”

I may not be on a stage every day, but when I began working in TV, I found the feeling of home, comfort and excitement that I had been missing since I left the Stevens Center.

“I may not be on a stage every day, but when I began working in TV, I found the feeling of home, comfort and excitement that I had been missing since I left the Stevens Center.”

Soldinger’s creative work has also continued outside of her daytime job, through her collaboration with Scribner on “Broadway Sandwich.”

The two have been friends since they were teenagers, even before their time at UNCSA. They studied ballet together in their pre-UNCSA days and made the decision to join the high school program the same year.

Someone tell these wide eyed kids that almost 20 years later, not only will they still be friends, they’ll get an Emmy nomination for a show they created together!! @broadwaysandwich is nominated for a NY Emmy award!!!! @garenscribner @broadwaysandwich @uncsa @uncsanewyork #broadwaysandwich #broadway #theater #newyork #fightingpickles

Their friendship has continued throughout their careers and time in New York City. And it was through that relationship that the idea for “Broadway Sandwich” came about.

“Garen was starring in an ‘American in Paris’ on Broadway and I loved going to visit him, being on Broadway, seeing things behind the scenes,” Soldinger says. “I’m still that little theater nerd at heart.”

The two knew that the fascination with what Broadway actors did in their downtime between performances (or the time “sandwiched” between the matinee and evening shows) would be interesting to other people as well. Thus, “Broadway Sandwich” was born.

“We put together a team of people we knew and started making a show. It was kind of like, we’ll put it on YouTube and see what happens,” Soldinger says.

So far, they’ve made 18 shows over two seasons, with a third season in the works. Episodes can be found on the ALL ARTS YouTube channel and PBS.com. 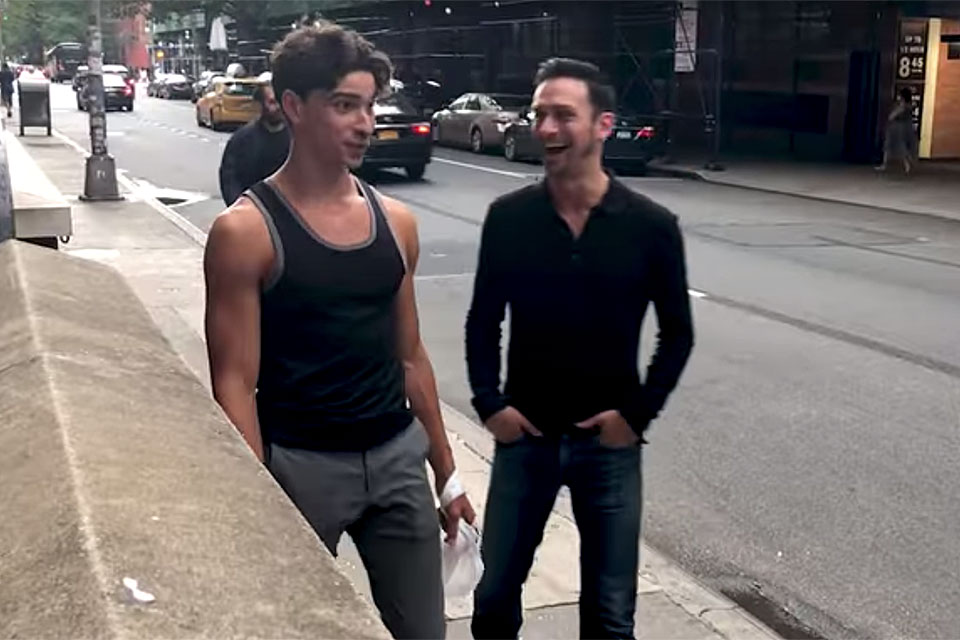 Although it’s hard to choose a favorite “Broadway Sandwich” guest, Soldinger does have a special place in her heart for fellow UNCSA alumni. “It’s really cool when we get to interview other Pickles,” she says, like the interview above with Isaac Powell (with a special guest appearance by his fiancé and fellow alumnus Wesley Taylor).

One of the biggest take-aways from Soldinger’s experience transitioning from one artistic career to another has been to rethink what it means to be “successful”—and she’s working to share that discovery with other artists.

“I think, in truth, that there are very few people who will make it to the top of their fields,” she says, despite that being a widely-assumed measure of artistic success. She adds that there’s often a lack of information and resources for students who don’t pursue their chosen art.

“Students need to know that their passion and their skills don’t always line up exactly. And how to find a job where those two things do intersect,” Soldinger says.

One thing she thinks would be helpful for young artists is to see more examples of alumni and artists like herself who have pivoted their passions into other, adjacent fields.

[Students] need to know, and be ok with knowing, that your initial dreams don’t always come true—but dreams can change. And being behind the scenes is not second place.

“I think as a student, I could have really used that inspiration,” she says. “They need to know, and be ok with knowing, that your initial dreams don’t always come true—but dreams can change. And being behind the scenes is not second place.”

Her life may be vastly different than the one she envisioned while she was a student at UNCSA, but at least one thing has endured—the relationships she made as a student in the high school program.