Brett Gelman says that when he writes down his address he just writes ‘television,’ and boy is he right. Appearing in countless shows such as MTV’s “The Inbetweeners,” NBC’s “Go On,” Adult Swim’s “Eagleheart,” AMC’s “Mad Men,” Showtime’s “Twin Peaks,” HBO’s “Camping” and Amazon’s “Fleabag,” Gelman has become a fixture in American television over the last twenty years. He's currently stirring up laughs as conspiracy theorist Murray Bauman in Netflix’s “Stranger Things.” 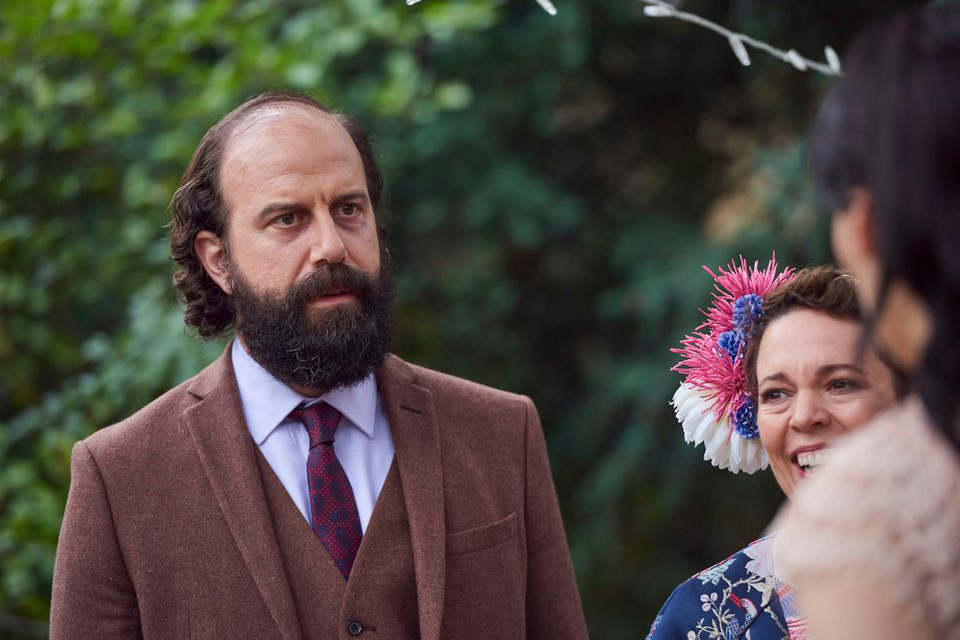 A 1999 graduate of the Drama program, Gelman credits much of his success to the training he received at UNCSA. “I thank God for my training everyday, and when I say God I mean [retired Dean of Drama] Gerald Freedman and [retired Drama faculty member] Bob Francesconi,” laughs Gelman. He adds that his experience at UNCSA was invaluable not only for training but also for the chance to meet and learn from amazing mentors who were brutally honest about his bad habits, but also gave a very clear pathway to craft.

Gelman says the number one piece of advice he gives to aspiring actors is be grateful for your training and don’t be so ready to graduate. He adds that not taking criticism personally is key for growing as an actor and as an artist.

You can’t learn everything as an actor in four years, it’s impossible, but you can learn a set of tools, and that set of tools leads you to being able to learn from experience in a meaningful and more conscious way.

“You can’t learn everything as an actor in four years, it’s impossible,” says Gelman, “but you can learn a set of tools, and that set of tools leads you to being able to learn from experience in a meaningful and more conscious way.” He adds that his acting training gave him a vocabulary that made working with veteran actors like Patti Lupone, Patrick Stewart or Brendan Gleeson even more educational and significant. Gelman firmly believes a formal drama education is a must to be successful, saying that the transition to television and film was not difficult thanks to the versatility of theatre training.

Gelman also credits UNCSA with providing him with an overall arts education. “I am ultimately a better actor because I know the works of John Cage, Martha Graham and Mozart,” he said, adding that taking time throughout his four years to learn and collaborate with other artists shifted how he thought about art and gave him a full perspective to draw on for inspiration while performing.

In seasons two and three of the critically acclaimed Netflix series "Stranger Things," Gelman captivated audiences as private investigator/ conspiracy theorist Murray Bauman. While he originally appeared as a recurring character, it was announced in 2020 that Gelman had been promoted to series regular in the highly-anticipated fourth season.

Some of his other recent projects include voice work in the animated series "I Heart Arlo," upcoming Netflix flim "Metal Lords" and the recently announced "Lady in the Lake" on Apple TV+, where he will star opposite Natalie Portman, Lupita Nyong’o and David Johnson III (B.F.A. Drama '20).

Originally from Illinois, Gelman chose UNCSA after meeting former Drama faculty member Robert Francesconi and retired Assistant Dean of Drama Robert Beseda. He ultimately liked the energy of the school and felt it would be the right fit for him. “The beautiful open greenery in this area allows you to connect with works like Shakespeare in a way that feels more authentic and real,” says Gelman. After graduation, Gelman spent many years performing with the renowned improvisational and sketch comedy group Upright Citizen’s Brigade, whose other notable alumni include Aubrey Plaza, Donald Glover and Kate McKinnon.

During his time at UNCSA, Gelman performed in a number of productions, but the 1998 rendition of “Dead Souls,” written by Nikolai Gogol and directed by John Dillon, particularly stands out in which he played two different roles. Additionally, Gelman fondly remembers working on Chekov’s “The Cherry Orchard” with Freedman.

What’s next for Gelman? He doesn’t know just yet, but as he says, “I just want to play great roles. I don’t care if it’s comedy or drama, as long as it’s great writing and great people that I’m working with... that’s good enough for me.”