Henderson in the Hulu miniseries "Devs"

Henderson with Denzel Washington in "Fences" on Broadway

In March 2021, Stephen McKinley Henderson (B.F.A. Drama '72) appeared on Vulture's list of "The 32 Greatest Character Actors Working Today." That recognition, on a list that focuses on film and television actors, is — even by the writers' own estimation — a bit behind the curve, especially given Henderson's stage career.

Henderson has been acting onstage and on screen since the 1970s and has been a stalwart in the theater community for decades. He was a favorite of legendary playwright August Wilson, and appeared in several of Wilson's pieces beginning in the 1990s when the two first met. His appearances in Wilson's "Century Cycle" (or "Pittsburgh Cycle") plays have earned him numerous awards and nominations. 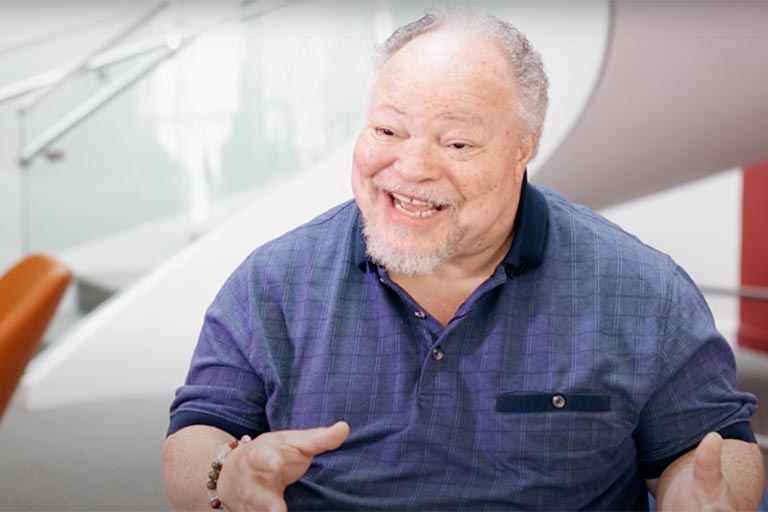 Henderson on his role in "Fences"

"Those who watch August Wilson plays have grown first accustomed to, then dependent on, Stephen McKinley Henderson," Vulture says. "In his dramas, Wilson often wrote Virgil-in-Inferno figures, men who serve as quasi-mystical guides and foils for his troubled main characters, wise and clear-eyed, but not necessarily fated for grace themselves. Henderson’s unadorned style and dry gravitas make him perfect for these roles — onstage, he plants himself like the stationary leg on a compass — so it’s no shock how he became part of the unofficial Wilson company."

As Turnbo in "Jitney," he toured with the production across the country and in London in the late 1990s and early 2000s — with the piece picking up several awards along the way, including Drama Desk, Obie, Audelco and Olivier awards. In 2010, he appeared as Jim Bono in the Broadway revival of "Fences," which earned him a Tony nomination for Best Featured Actor. He played the character again in Denzel Washington's film adaptation of "Fences" in 2016.

Other playwrights have similarly recognized Henderson's abilities. As the lead in Stephen Adley Guirgis' "Between Riverside and Crazy," he played Walter "Pops" Washington, a role written for him by Guirgis and that ultimately earned him an Obie Award for Best Actor in 2015.

Of Pops, Henderson told The New York Times that, while the physical requirements for the lead character were different, his preparation for all roles is largely the same. “Every character that you play is at the center of their life,” he said. “Only part of their life is shown onstage, but every character, you’ve got to create the whole human being.”

On television and in film, Henderson's star continues to rise and his roles are ever-evolving. His resume includes two recurring roles (spanning 15 years) as judges on the long-running "Law & Order" series and various appearances on shows ranging from "The Blacklist" to "Fear The Walking Dead." He's appeared in several Oscar-winning films in recent years, including "Manchester By the Sea,"  "Lady Bird" and "Lincoln."

But it's his turn as the quietly powerful man of wisdom where he shines — in roles like Stewart, a deceptively mild mannered scientist in the Hulu miniseries "Devs," and in the highly anticipated adaptation of the sci-fi classic "Dune," currently slated for theatrical release in Fall 2021.

"Finally, film has started to capitalize on [Henderson's] other abilities, like the way his eyes can shift, suddenly, from kindness into untrustworthiness," the Vulture writers note. "That 'Who me? A grenade?' quality will serve him well as Thufir Hawat in the upcoming 'Dune.' You’ll have to look at him twice to really see him. The first time you’ll see the saint; the second time, you’ll see the bomb." 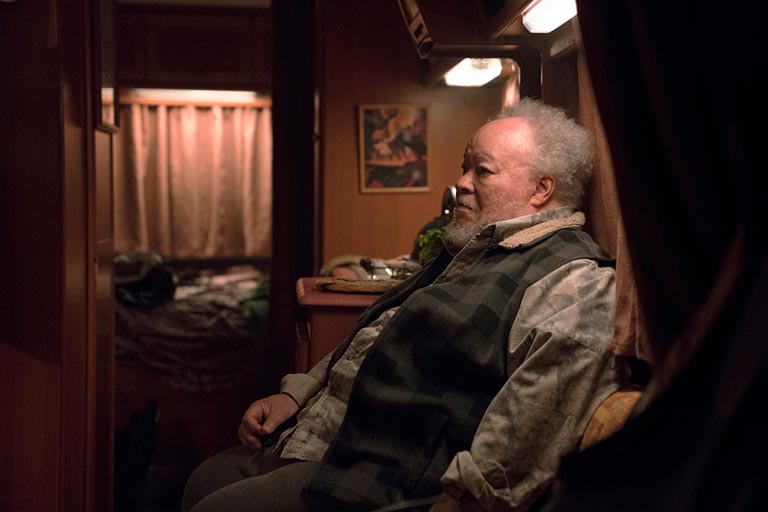 Henderson's large body of acting work is paralleled by his teaching roles at various universities and workshops, including at Juilliard (where he was part of the school's Drama Group 1 in 1968), as the Denzel Washington Endowed Chair at Fordham University and in a long-running post at the University at Buffalo, where he is Professor Emeritus and former chair of the Department of Theatre and Dance.

And, while he may be known for the wisdom he imparts on stage, Henderson is no stranger to sharing his personal knowledge as well. He is the 2021 speaker for the UNCSA undergraduate and high school commencement ceremonies.

Of his advice to students, he told Variety, "I always say that when you’re working on a scene, don’t get it right, get it true. Don’t listen to some outside interpretation — do the scene as it makes sense to you and the other actor. Also, I tell them, 'The career you seek may elude you, but you can always get better at your craft. You must pursue getting better at that.'"

For Henderson, the pursuit continues.