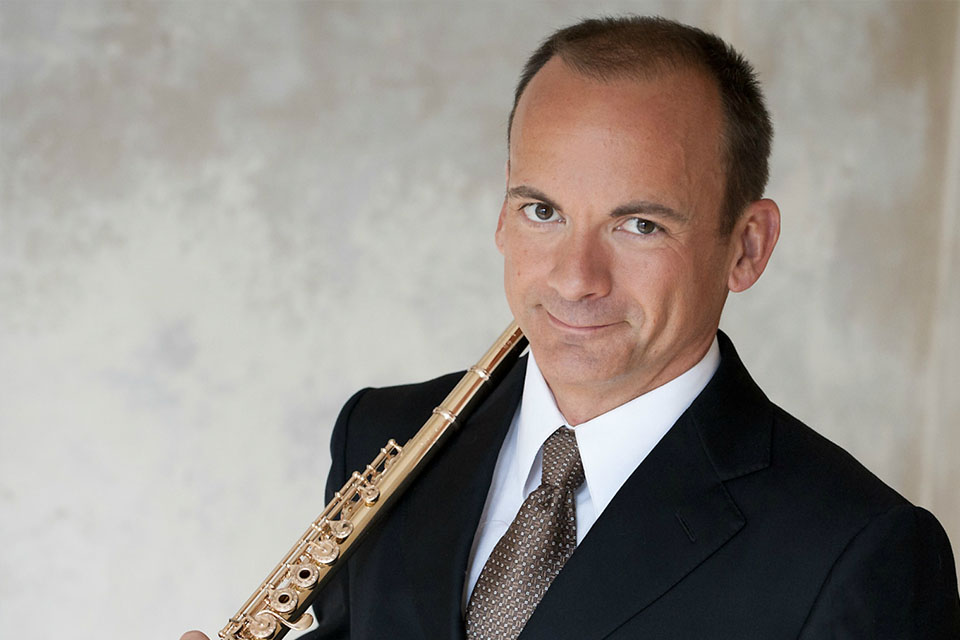 Known for his richly expressive tone and artistry, flutist Lucian Rinando is admired equally for his orchestral and chamber music performances. He is Principal Flutist of the Garden State Philharmonic, a position he has held since 2001. Performances within the New York metropolitan area include the Metropolitan Opera Orchestra as an Artistic Extra, Principal Flute for the Manhattan Chamber Orchestra and Principal Flute for Cantori New York, New York City Opera National touring company and several Broadway shows.

As a chamber musician, he has performed for more than a decade with his trio, Elysian, an ensemble of flute, cello and harp with cellist Samuel Magill and harpist Elaine Christy. They were winners of the Artists’ International Award and performed their debut recital at Weill Recital Hall in 1997. Writing in "Strings Magazine," Edith Eisler praised the group as "masters of their instruments."

Rinando has performed in the New York Chamber Music Festival at Symphony Space in New York for the past three seasons with musical luminaries such as Pascal Rogé, Carol Farley and members of the Metropolitan Orchestra. He played the world premiere  of Arabesques by Paul Chihara written for the festival. In the fall of 2012, he performed in the Festival Albert Roussel in France and Belgium. Since 1995, Lucian has been a participant in the New York Public Library Concert Series, the Red Bank Chamber Music Society and Tower Hill Chamber Music Society.

He has been Instructor of Flute at the Monmouth Conservatory of Music in Red bank, NJ since 2001. For over 22 years Lucian has shared with his flute students the French Conservatory training that he obtained from his mentor Bernard Z. Goldberg. Rinando has recently taught master classes in Lille, France as part of the Festival Albert Roussel, and also in New Jersey for the New Jersey Workshop for the Arts for the past three seasons. Under the astute pedagogy of Goldberg, he earned a Bachelor of Music Performance Cum Laude, from Duquesne University. He also studied in New York with renowned flutists Jeanne Baxtresser, Trudy Kane, and Judith Mendenhall. In addition, Lucian apprenticed with Anne Pollack at Your Flute Works as a flute technician for five years. He now offers flute repair with his business, FluteSoLucian, located in Leonia, N.J.