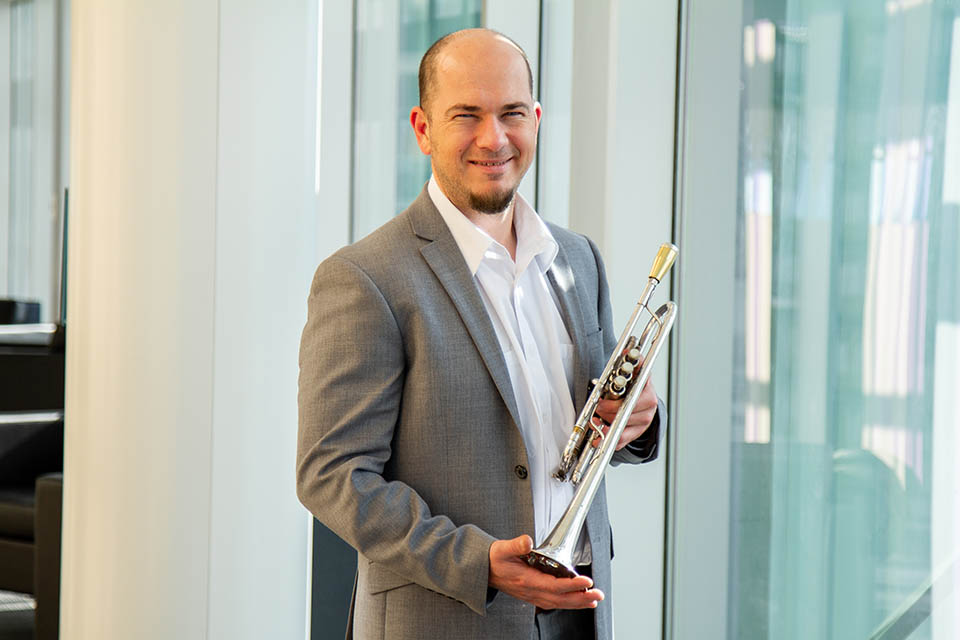 Originally from Nashville, Tennessee, Steve Sutton made his way east to Winston-Salem while growing up in the brass band tradition of the Salvation Army. Over the years, Sutton has performed with some of the most prestigious brass bands in the Southeast, including the Southern Territorial Band.

He has also toured and performed as a soloist with brass bands throughout the United States, Spain, Brazil and the Bahamas. Now as a freelance trumpet player, he regularly plays with the Winston-Salem, Greensboro, Roanoke and Charleston Symphonies and has also performed with the Carolina Philharmonic. Steve currently holds the Eb soprano cornet chair in the North Carolina Brass Band and is a founding member of the Ardmore Brass Quintet.