When UNCSA drama student Hassiem Muhammad scored a role in a one-act play inspired by the stories of burn survivors and their caregivers, he realized it would be a rare opportunity for a young actor like himself.

Hassiem had never worked on a new play before, much less one that would evolve in real time with the playwright in the rehearsal room accepting input from the actors. Nor had he ever worked alongside an all-black cast on a project written and directed by artists of color. Nor on a piece as intimate, inspiring and important as he believed ARDEO would be.

“I want to be an actor that creates meaningful work and can make an impact. ARDEO was really that,” says Hassiem, a senior and president of the student body at the University of North Carolina School of the Arts. “It was based on true events with real people — from their lips, to the playwright’s ears and then onto the page. I’ve never experienced anything like it.”

Written by Jacqueline Lawton, an assistant professor of dramatic art at UNC-Chapel Hill, ARDEO explores  the personal narratives of health practitioners and patients at the North Carolina Jaycee Burn Center, one of largest and best centers of its kind in the world. 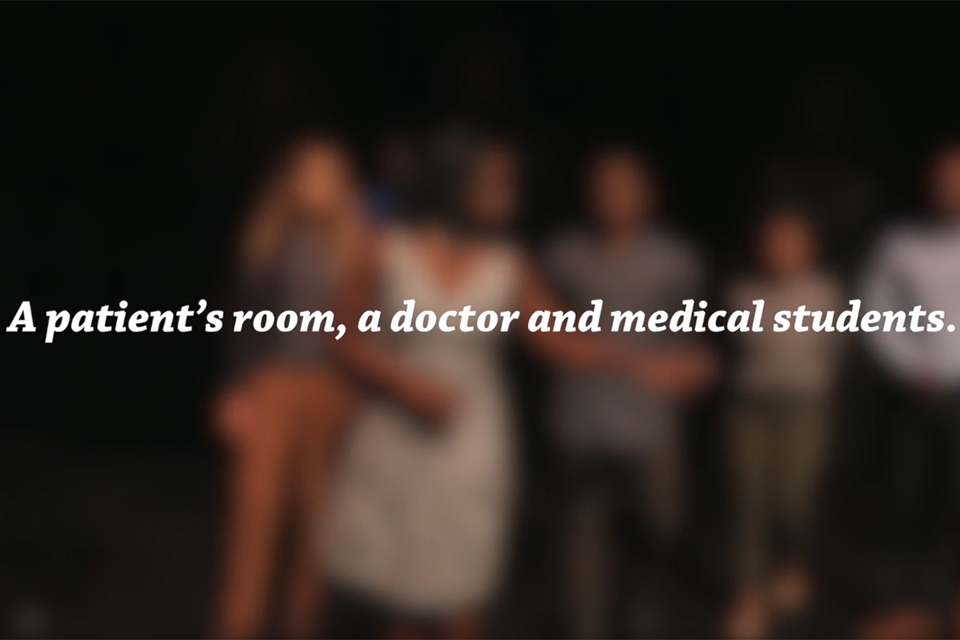 The Thomas S. Kenan Institute for the Arts at UNCSA helped support the project as part of the 2015 Kenan Creative Collaboratory, a collaboration between the four Kenan Institutes based at universities in North Carolina. The Co-lab marked the first time the institutes have worked together to create projects.

Prior to joining the faculty at Chapel Hill, Lawton worked as a theatre artist in Washington, D.C. It was there she first met with representatives from the National Institutes of Health and the National Academy of Sciences to discuss ways that health professionals and artists could collaborate to convey advances in science and medicine.

When you see a play or a film, you are able to connect emotionally in a way that facts and statistics in a report won’t necessarily allow you to do, because there is a human experience being shared. That is where this idea of more specifically and intentionally placing science at the center of the play began.

“When you see a play or a film, you are able to connect emotionally in a way that facts and statistics in a report won’t necessarily allow you to do, because there is a human experience being shared,” explains Lawton, who in 2010 was named one of the top 30 black playwrights in the nation by Arena Stage’s American Voices New Play Institute.

“That is where this idea of more specifically and intentionally placing science at the center of the play began.”

After settling in Chapel Hill, Lawton met Dr. Bruce Cairns, director of the Jaycee Burn Center and nationally known leader in burn trauma care, and learned of his interest in collaborating with artists to highlight the work of the center. She also met Corey Madden, director of the Kenan Institute at UNCSA, and learned about the co-lab.

Lawton’s project was one of eight across the state to receive one of the co-lab’s first grants, and in early 2016 she teamed up with Nicole Danit Damari to begin research and interviews. Damari is a third-year medical student at UNC with an avid interest in theatre arts.

“I think there is a lot about medicine and illness that is mysterious to people because we only get small pieces of the story and it is rarely from the person who is actually experiencing the injury.”

Together the women talked with burn patients and survivors as well as the professionals who cared for them through surgery, rehabilitation and aftercare. From that work Lawton created a one-act composite retelling of their stories. ARDEO, which means “to burn” in Latin, powerfully explores how patients and doctors communicate with each other, how health practitioners communicate with the public, and how theatre artists can be of service to all three.

The idea of narrative medicine is truly about the stories that unfold when talking about illness or injury — how it happened, how it impacted who you are and how you exist in the world. ... You are exploring the human condition on stage. The storytelling is for healing. That is the ultimate goal.

“The idea of narrative medicine is truly about the stories that unfold when talking about illness or injury — how it happened, how it impacted who you are and how you exist in the world,” Lawton says. “You are given more than a diagnosis and medicine and then sent out the door. You are exploring the human condition on stage. The storytelling is for healing. That is the ultimate goal.”

In May 2016, Hassiem Muhammad and five other UNCSA students brought ARDEO to the stage in two public readings, one at the arts school and one at UNC-Chapel Hill. A year later, the production team and original cast reunited for a day-long shoot with filmmaker Alex Maness. Lawton expects the film will be shown in medical school classes and at conferences as early as the fall of 2018.

The playwright hopes the project will help remove the stigma and fear around burns. Survivors are often ostracized from society if they cannot hide their burns from the public’s view.

“I heard the story of a young girl about 8, she was a burn survivor and had just gotten out of the aftercare program. She went to dinner with her family at a popular restaurant and the other patrons were disturbed by her appearance. The patrons complained to a manager that the sight of the girl frightened their children and they couldn't finish their meal. The little girl and her family were asked to leave,” Lawton says.

“This is the reality of what burn survivors face if the burn is visible.”

Damari believes medical students should hear these stories so they can better communicate with and treat their patients.

“As doctors, we have the best of intentions, but it’s very easy to get tunnel vision in our interactions with patients and really forget that even though we walk out of the room, these are injuries and experiences they take home with them,” she explains.

“The more we remember that, the more compassion we will be able to have with patients and ultimately end up delivering better care and guidance because we will understand the many ways these injuries affect someone’s life.”

Many involved in the project say the public readings proved to be the highlight of their work on ARDEO. Among the audience members at one reading were a father and son burned in the same accident as well as a physician’s assistant at the center who brought her family so they could better understand the work that she does.

The most touching part was to hear from the burn survivors and their families how important it was that we were telling their stories.

“I had never performed anything before for the people the play was about — it puts a little more pressure on you to do a good job and be truthful to these people and their lives,” says UNCSA drama student Mariah Guillmette.

“The most touching part was to hear from the burn survivors and their families how important it was that we were telling their stories.”

Devin Kessler, another UNCSA student in the cast, says the recent wildfires in California reminded her of the importance of ARDEO.

“I think we as a society tend to overlook burns because they don’t really happen in our day-to-day lives,” Kessler says. “We see homes are being burned down and we might get a death toll, but we don’t necessarily get a picture of what that looks like — the lives that are being torn apart and changed.”

The full video of ARDEO, along with additional images, can be viewed at: www.jacquelinelawton.com/ardeo.html.