"Panorama" by Martha Graham was presente during Spring Dance 2017

The athleticism and passion of the University of North Carolina School of the Arts’ (UNCSA) young dancers is on display in this year’s Winter Dance Concert, which runs Feb. 22 – 25.

Performances will be held at 7:30 p.m. Thursday through Saturday, with an additional performance at 2 p.m. on Sunday at the Stevens Center, 405 West Fourth St. in downtown Winston-Salem.

Winter Dance will feature a challenging set of blockbuster works from both the ballet and contemporary canons.

“It’s one of the most beautiful works I have ever seen,” says Jaffe.

Set to César Franck’s “Variations symphoniques” for piano and orchestra, the piece is an abstract, one-act ballet during which the six dancers never leave the stage.

“It is pure dancing,” explains Malin Thoors, who staged the work for the Winter Dance concert. “And ‘Symphonic Variations’ was created to accompany music that Ashton listened to often during World War II.” 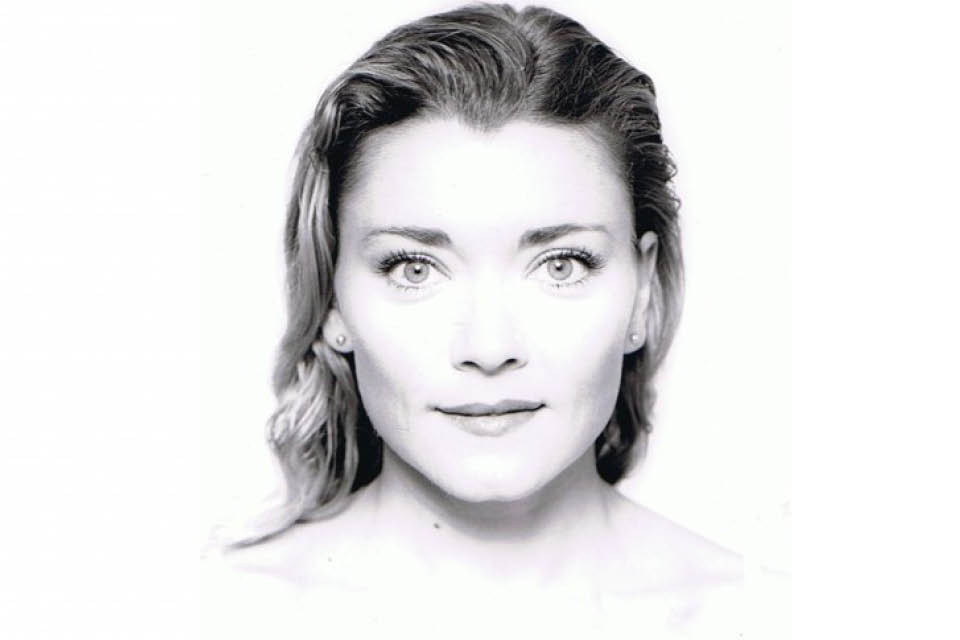 Ticket holders can learn more about “Symphonic Variations’” connection to World War II during a pre-concert talk by dance historian Elizabeth Kaye at 6:30 p.m. on Thursday, Feb. 22 and Friday, Feb. 23.

Aszure Barton’s “Happy Little Things (Waiting on a Gruff Cloud of Wanting)” is a contemporary work packed with emotion.

“Barton is an extremely humanistic choreographer,” says stager Tobin Del Cuore. “This piece has very clear themes of joy, frustration, love, loss and longing, as well as the theme of a large group adventure.”

For Del Cuore, this complexity is what makes “Happy Little Things” such a great work for students to experience. 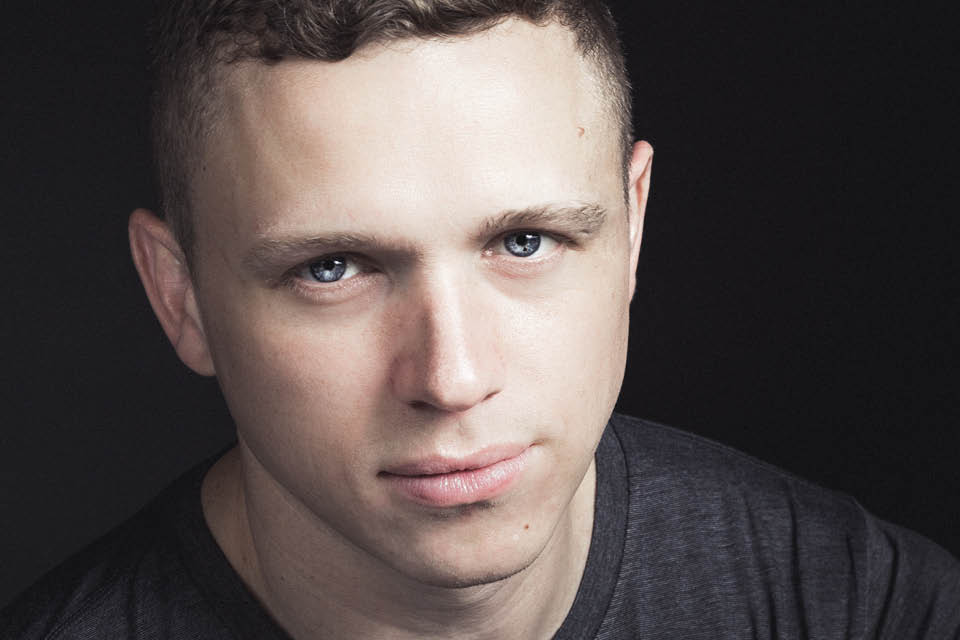 “It is a physically dynamic work, and it pulls from a diverse movement vocabulary. It also requires a great deal of character exploration, pushing the students to use their own life experiences mixed with imagination to bring the spirit of the work alive.”

“Happy Little Things” is set to music by a variety of composers, from banjo player Béla Fleck to Lev “Ljova” Zhurbin, who wrote an original composition for the dance.

Doug Varone’s contemporary modern piece “Of the Earth Far Below” focuses on physicality and conflict.

“It’s an immensely physical dance piece,” says Varone. “One in which the architecture of how bodies react to each other in space pushes the emotional intensity of the work forward.”

Stephanie Liapis, who staged “Of the Earth Far Below” for UNCSA, says this piece hinges on the eight dancers’ ability to collaborate on stage. 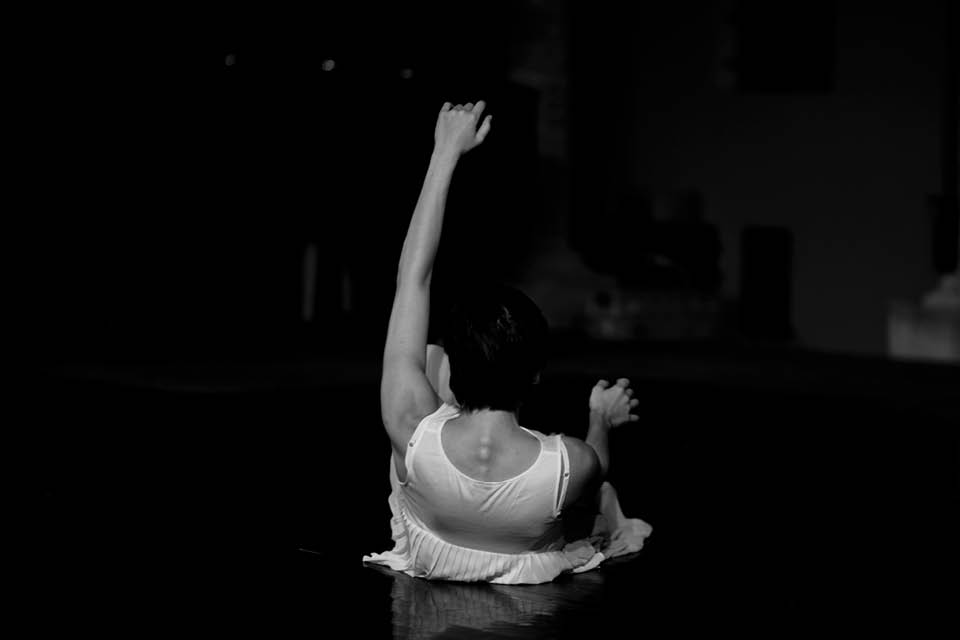 Stephanie Liapis stages "Of the Earth Far Below" for Winter Dance.

“The students learn complex musicality, partnering and special patterning [when dancing this piece]. This work is only possible if everyone on stage is present and in dialogue with the other dancers.”

The title of the work is inspired by, as Varone himself puts it, “the moon’s pull on gravity and the tides, creating waves of unpredictable energy,” and the piece is set to the minimalist composition “Triple Quartet” by Steve Reich.

Closing out the dance concert is Larry Keigwin’s charming work “Kingdom.” Set to “Meetings Along the Edge” by Ravi Shankar and Phillip Glass, the work is playfully energetic from beginning to end.

“‘Kingdom’ is a highly kinetic piece highlighting the prowess and power of the performers as they each embody singular stylized animals,” explains Nicole Wolcott, the co-founder of KEIGWIN + COMPANY and stager for this piece. 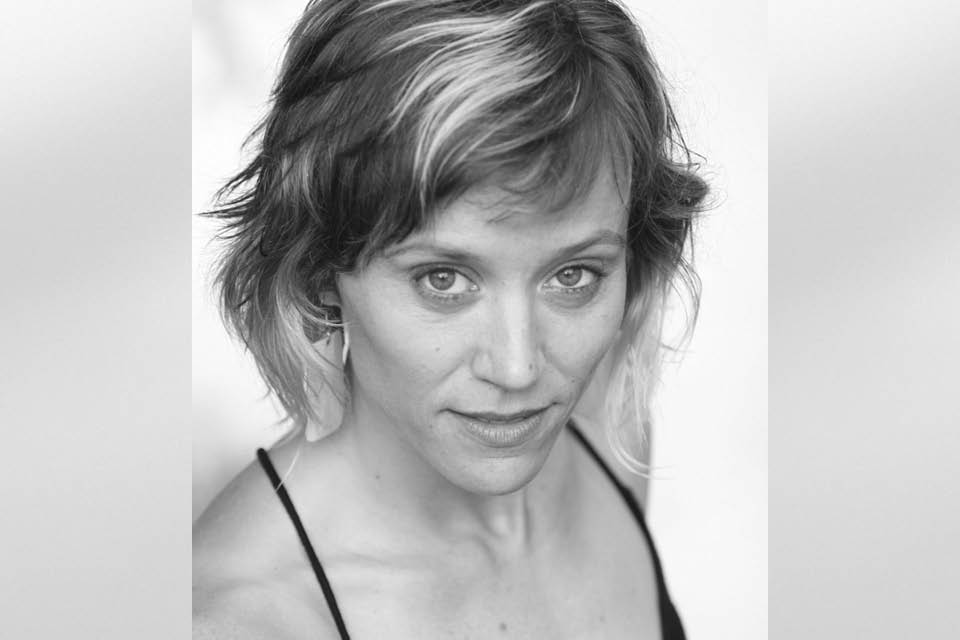 “The music and movement begin with a blast and continue to crescendo. The final moment is a powerful movement expression that never fails to elicit a kinesthetic and heartfelt response of pure joy from the audience.”

Written for 26 dancers, the energy in “Kingdom” comes in part from the group synergy on stage.

“The dynamism of the piece rests in the collective power of the dancers charging to the end for an exhaustive but triumphant conclusion,” continues Wolcott.

“The dancers are able to express their passion in big, fast-paced movements that require bold expression. In short: it’s fun.”

A native of Maine, Tobin Del Cuore began his ballet training at the Walnut Hill School in Natick, Massachusetts. He attended The Juilliard School under the direction of Benjamin Harkarvy, graduating in 2001 with a Bachelor of Fine Arts. Upon graduating, Del Cuore joined the artists of Hubbard Street Dance Chicago (HSDC), where he danced for six years and had the opportunity to work with some of today’s most important choreographers. Since leaving HSDC, Del Cuore has staged work for resident choreographer Alejandro Cerrudo and recently was associate choreographer for the US National Tour of “Dirty Dancing - The Classic Story On Stage.” Del Cuore has danced for Aszure Barton & Artists, The Lar Lubovitch Dance Company, The Metropolitan Opera, Alessandra Ferri Dance, BalletX, Houston Grand Opera, The Lyric Opera of Chicago and SFDanceworks. In addition to dancing for Aszure Barton, Del Cuore also assists Barton in new creations, produces video projections for her work and stages existing repertoire.

Stephanie Liapis’ professional career in the performing arts spans more than 20 years. Her performance experience includes work with Doug Varone & Dancers and Nicholas Leichter Dance, Susan Marshall & Company, Nancy Bannon, the MET Ballet, Netta Yerushalmy, Aquila Theater and Chamber Dance Company among others. She has taught extensively across the country and abroad including at Long Island University-Brooklyn, Texas Women's University, the University of Washington, Barnard College, Hunter College and State University of New York Purchase College. Liapis received a B.F.A. from New York University’s Tisch School of the Arts and an M.F.A. from the University of Washington. Her graduate thesis work focused on designing and teaching a course on embodied dance criticism for undergraduate and graduate students. She has been creating her own interdisciplinary works since 2008.

Born in Stockholm, Malin Thoors trained at and subsequently joined the Royal Swedish Ballet. She worked closely with choreographers such as Cullberg, Kylián, van Manen, MacMillan, Tetley and Skeaping and also danced in ballets by Ashton, Balanchine, Bournonville, Cranko, Fokine, Limon and Robbins.

In London, Thoors studied Benesh Dance Notation and techniques in staging ballets. Her first assignment was with the Royal Ballet. As artistic staff with the Dutch National Ballet she worked closely with dancers from George Balanchine’s active years. Authorized to stage his ballets, her teaching of “Jewels” with the Paris Opera Ballet led the artistic director to appoint her Ballet Master. There, Thoors staged Balanchine’s works and participated in rehearsing ballets by Ashton, P. Bart, Lacotte, Lifar, McGregor, Millepied, Neumeier, Nureyev and Ratmansky.

Nicole Wolcott is a choreographer, teacher and performer based in Brooklyn, N.Y. and the co-founder and education director for KEIGWIN + COMPANY. Called “one of today’s finest dance comedians and a knockout dancer,” by the New York Times, Wolcott has enjoyed a long career with dance companies, rock bands and video artists around the country and has been the subject of a feature article in Dance Teacher magazine.

Some of the highlights of her career are dancing for the Metropolitan Opera; being a featured dancer in “Across The Universe,” an Oscar-nominated feature film directed by Julie Taymor; and being the associate choreographer for the original Broadway production of “If/Then” starring Idina Menzel in 2015. She is most proud of her work with KEIGWIN + COMPANY, whose performing highlights include the Kennedy Center, The Guggenheim Works and Process, and multiple seasons at The Joyce Theater in New York City. The company was fortunate to tour Africa in 2017 as cultural diplomats for the U.S. State Department as part of DanceUSA.