Internationally-known dancer and choreographer Helen Pickett, resident choreographer for Atlanta Ballet, will be the speaker for High School Commencement at the University of North Carolina School of the Arts, Chancellor Lindsay Bierman has announced. Pickett, who was a guest artist in UNCSA’s School of Dance in February, will address the graduating students during the ceremony at 10 a.m. on Saturday, May 14, in the Stevens Center.

“As an accomplished choreographer, dancer and actress, Helen Pickett offers wisdom, insights and inspiration for our high school graduates and their families,” said Bierman. “We’re pleased to welcome her back as commencement speaker.” 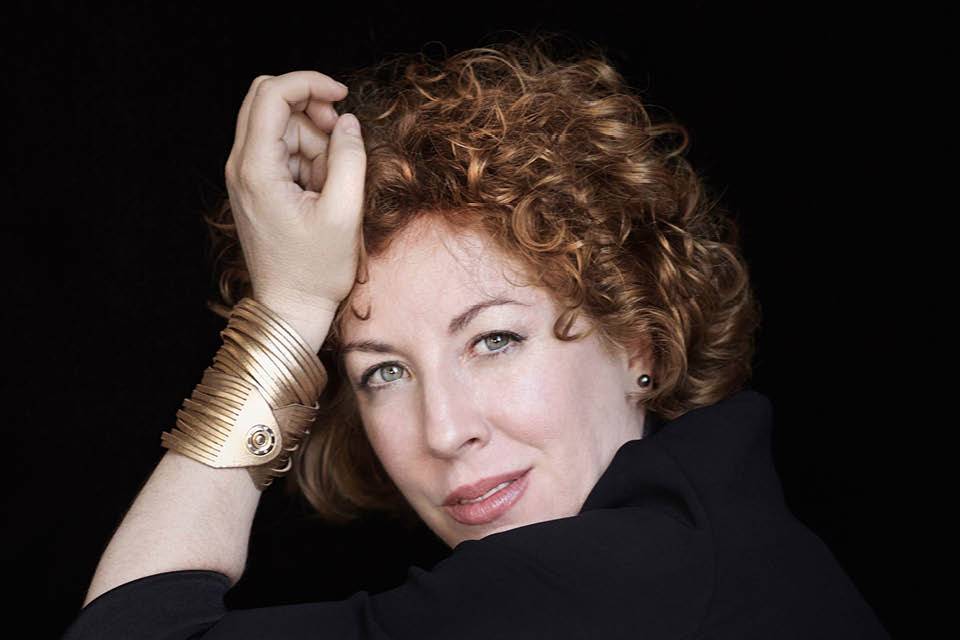 Helen Pickett is an internationally-known dancer and choreographer

Pickett, who set an excerpt of her full-length contemporary ballet Petal on UNCSA students for Winter Dance 2016, has created more than 30 ballets over a 10-year period, working with prestigious companies in the United State and Europe, including Boston Ballet, Ballet West, Pennsylvania Ballet, Oregon Ballet Theatre, Lyric Opera of Chicago, Dance Theatre of Harlem, Tulsa Ballet, Scottish Ballet, Dresden Ballet, Royal Ballet of Flanders and Vienna State Opera. She danced for more than a decade with William Forsythe’s Ballett Frankfurt.

An estimated 125 students will take part in the High School Commencement ceremony which commemorates the 50th anniversary of the school’s first high school graduation event. Alumni from the high school class of 1966 are expected to attend and be honored. 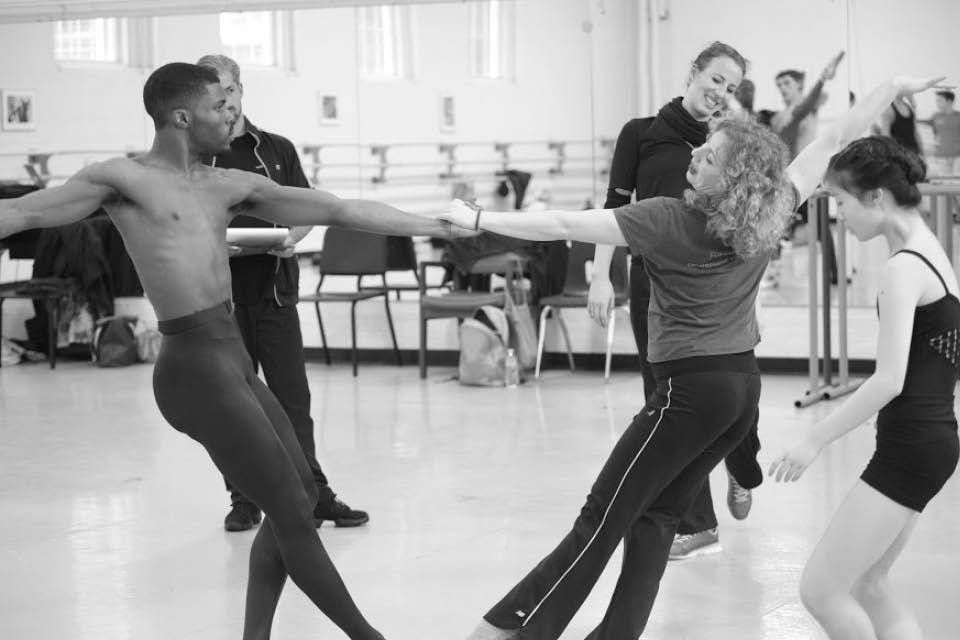 Pickett has twice been named the best choreographer in Atlanta.  In 2007, she was named to Dance Magazine’s list of “25 to Watch.”  She received a Choreographic Residency from Jacob’s Pillow in 2008, and was one of the first choreographers to receive the Jerome Robbins Foundation’s New Essential Works Grant. She was nominated for an Isadora Duncan Dance award in 2013. She earned a Master of Fine Arts from Hollins University in 2011.

Pickett is also an actress, having performed for seven years with the Wooster Group, an experimental theatre group based in New York City. She appeared in the films “The Rape of the Sabine Women” (2007), “89 Seconds at Alcazar” (2003), and “Spectopia” (2003), for which she also choreographed dance sequences.

Since 2005, she has guest starred in William Forsythe’s award-winning postmodern ballet Impressing the Czar for the Royal Ballet of Flanders and Dresden Ballet in Germany. She first performed in the work for Ballett Frankfurt in 1989, and has since performed it in France, England, Scotland and China, and at the Lincoln Center Festival in New York.

“Change is an important initiator,” Pickett wrote in an editorial for Dance Europe magazine in 2006. “Do not be afraid to relinquish yourself to it. The voices that tell us to settle, to save the question for later, to make excuses, are always there, but know they are quieted by perseverance and courage. You must be in constant conversation with the possibilities of your art.

“This is a call to all dancers to continue boldly, without compromise, so that you may go as far as humanly possible with the time you are given,” the editorial continued. “You are the new, strong current in the eddy, whirling around, waiting to burst forward. This is the magic of dance. You are the future.”

About Helen Pickett
Born in San Diego, Calif., Helen Pickett studied dance in her hometown and at The San Francisco Ballet School under the direction of Lew Christensen, Michael Smuin and Helgi Tomasson.

In 2016, she marked her tenth year as a choreographer, creating more than 30 ballets in the United States and Europe. Since 2012, she has been resident choreographer for Atlanta Ballet. She won the Best Choreographer and Best Dance Production of Atlanta in 2015. In 2014 she was named Best Choreographer in Atlanta for her ballet The Exiled. Pickett premiered her first full-length ballet, Camino Real, by Tennessee Williams in 2015. Critic Manning Harris wrote that Camino Real would “become a legend in the dance world.” The commission included a new score by composer Peter Salem.

In 2005, Pickett received her first choreographic commission from Boston Ballet. The New York Choreographic Institute awarded her a Fellowship Initiative Grant in 2006. In the same year and through 2008, she choreographed for Boston Ballet, Washington Ballet, Aspen Santa Fe Ballet, Louisville Ballet and Ballet X. In 2007, Dance Magazine named her one of "25 to Watch." She received a Choreographic Residency from Jacob’s Pillow in 2008. Pickett was one of the first choreographers to receive the Jerome Robbins Foundation’s New Essential Works Grant. From 2009 through 2011, she created new ballets for Royal Ballet of Flanders, Ballet West, Boston Ballet, Aspen Santa Fe Ballet, Atlanta Ballet, and Dance Theatre of Harlem. In the 2012-13 season, her commissions included Semper Oper/Dresden Ballet, Vienna State Opera, Scottish Ballet, Atlanta Ballet, and Smuin Ballet. Her 2016-18 commissions include Les Troyens opera by Hector Berlioz, Chicago Lyric Opera, Pennsylvania Ballet, Ballet West, Kansas City Ballet, Oregon Ballet Theater, Scottish Ballet, Smuin Ballet and Tulsa Ballet. She was nominated for an Isadora Duncan Dance Award in 2013.

Pickett has collaborated as an actress and choreographer with installation video artists and filmmakers including Eve Sussman, Toni Dove and Laurie Simmons. A founding member of Eve Sussman’s The Rufus Corporation, Pickett created the role of the Queen in “89 Seconds at Alcazar,” which was shown at the 2004 Whitney Biennial, and now is in the permanent collection at Museum of Modern Art in New York. In 2007, she acted in Sussman’s feature-length film, “The Rape of the Sabine Women.” She choreographed the bubble dance and played Sally Rand in Toni Dove's video installation and feature film, “Spectopia.” Pickett choreographed the dance sequences for Laurie Simmons’“The Music of Regret,” which had its world premiere in 2006 at Museum of Modern Art in New York.

For more than a decade Pickett performed with William Forsythe’s Ballett Frankfurt. During her last season with Ballett Frankfurt, she simultaneously performed with The Wooster Group directed by Elizabeth Le Compte. She acted with the Group for five non-consecutive years in the OBIE Award-winning House/Lights and North Atlantic. In 2005, she returned to the speaking role Agnes as a guest artist with The Royal Ballet of Flanders in William Forsythe’s Impressing the Czar. In 2009, Impressing the Czar received the Laurence Olivier Award and, in 2012, the Prix de la Critique Award for outstanding performance of the year. In 2015, Pickett performed the role with Semperoper Ballet in Dresden, Germany.

In 2006, Dance Europe published Pickett's article "Considering Cezanne." In 2012, Emory University published her writing for the “Vulnerability and the Human Condition Initiative,” directed by Martha Fineman, that appeared on the Emory University School of Law website.

In 2011, she earned a Master of Fine Arts in Dance from Hollins University. For her master’s thesis, she collaborated with Christopher Janney, a sound and light architect.