Wayne Crawford, longtime member of the School of Filmmaking faculty at the University of North Carolina School of the Arts, died April 30 at his home in Winston-Salem. He was 69.

His credits include co-writer of the 1983 comedy “Valley Girl,” featuring Nicholas Cage in his first starring role, and creating and starring in the FX documentary series “Okavango: The Wild Frontier” with Steve Kanaly. 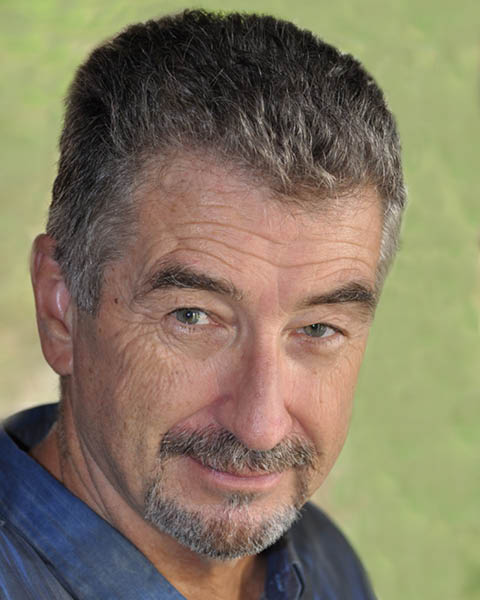 “Wayne was larger than life and will be sorely missed by everyone who knew him,” said UNCSA screenwriting faculty member Bill Mai. “With his vast experience and expertise, he mentored and inspired countless film students at the School of the Arts.”

“Our hearts go out to his family, friends, colleagues, and those who studied with him,” added UNCSA screenwriting faculty member Laura Hart McKinny.

Crawford was a prolific actor, producer, director and screenwriter. He appeared in nearly 30 films, produced 15, directed seven and wrote nine. He was a member of the Academy of Motion Picture Arts and Sciences, the Screen Actors Guild and the Writers Guild of America. A native of Geneva, N.Y., Crawford grew up on Seneca Lake and played football for Waterloo High. He received a B.A. in Theatre from Florida Atlantic University, and later earned an MFA in Screenwriting from Spalding University in Kentucky. After college, he traveled and lived all over the world – especially in southern Africa, where he made features and dozens of documentaries.

Crawford began his career as an actor in New York, working off-Broadway and on bus-and-truck tours across America. He acted in and/or directed more than 60 plays. While acting in a movie in South Florida, he joined the local film production community and decided to become a filmmaker in the hopes of producing movies that offered him stronger roles and more control over his career. There he met Andy Lane, initiating a lifelong partnership that resulted in more than 30 indie feature films including “Valley Girl,” “Night of the Comet” and “Jake Speed.” He starred in many of those productions.

Crawford-Lane Productions evolved into Gibraltar Entertainment, which was responsible for the FX television series “Okavango: The Wild Frontier,” which Crawford created, wrote for and co-starred in. It aired in 1993-94 on FX in the United States, and still airs today in countries around the globe.

While continuing to act in films and TV shows, Crawford also partnered with his wife, Olena, whom he met on location in Ukraine, on documentary productions and TV series that focused on wildlife and the natural history of southern Africa. They also teamed to create and produce motion pictures such as “U'Bejani.”

Other of Crawford’s TV credits include “On the Loose…in Wildest Africa,” “On Safari,” and Animal Planet specials. In 2002, Crawford joined the faculty of the UNCSA School of Filmmaking, where he served as chair of the directing faculty and was an Excellence in Teaching Award-winner.

He is survived by his wife, Olena; daughters Katerina Crawford and Nealy Frentz; and son, Lance Crawford.