The School of Filmmaking at the University of North Carolina School of the Arts is ranked No. 10 on a list of the nation’s top 50 film schools by The Wrap, an award-winning news organization covering the business of entertainment and media.

In its inaugural College Issue published Dec. 22, 2016, The Wrap issued its first-ever ranking, based on anonymous polls of 500 entertainment-industry insiders, educators, deans, filmmakers and film pundits, along with interviews with a variety of experts tasked with evaluating each school’s achievements. 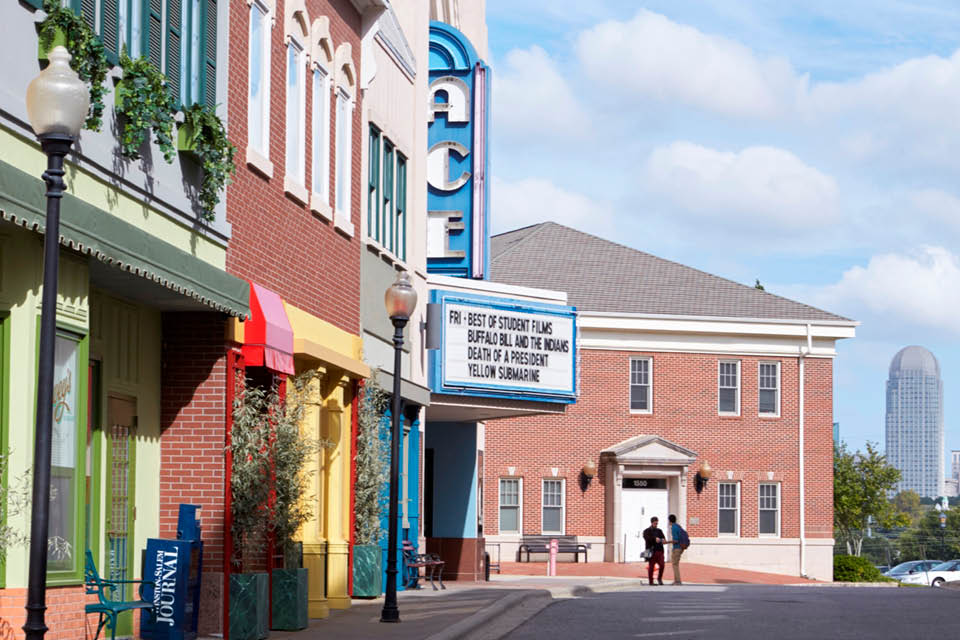 UNCSA tied at No. 10 with Savannah College of Art and Design (SCAD) in Georgia. The article, recently released online, noted the success of alumni David Gordon Green and Jeff Nichols. Nichols “wrote and directed 2012’s ‘Mud’ with 11 UNCSA alumni on the crew, helping spark Matthew McConaughey’s comeback,” the article said. “Since then (Nichols has) been to Cannes three times, including with this year’s touching ‘Loving.’”

Film Dean Susan Ruskin said, “We are competing with institutions across the country and around the world. Being noticed by an important industry publication like The Wrap is an excellent way to raise awareness for our film school.”

Want to be the next (Jeff) Nichols? Collaborate with UNCSA classmates on 16-mm shorts at its Studio Village soundstage and animation studios, submit them to festivals … and then go screen your stuff for L.A. insiders, including big-deal UNCSA alums.

Ruskin noted the top nine schools on The Wrap’s list are all located in the Los Angeles area, New York City or Boston. “We offer something here in Winston-Salem that our students truly appreciate – a lot more hands-on film experience, being mentored by industry professionals, and a more focused conservatory-style education in a place that allows our students to afford a better quality of life.

“We are also, I believe, the only top-tier school that completely pays for students to work on a film in each of their four years,” she added. “Our students learn using the latest technology, and they are prepared to work on any film or television set.”

The Wrap noted UNCSA’s facilities, pursuit of film festivals, and Los Angeles screenings for graduating seniors. “Want to be the next Nichols? Collaborate with UNCSA classmates on 16-mm shorts at its Studio Village soundstage and animation studios, submit them to festivals … and then go screen your stuff for L.A. insiders, including big-deal UNCSA alums,” the magazine noted.

UNCSA student films have screened recently at festivals including Slamdance and Windrider in Park City, Utah; Cannes in France; Camerimage in Bydgoszoz, Poland; Munich in Austria; Austin in Texas; RiverRun in Winston-Salem; Cucalorus in Wilmington, N.C.; and the nationwide PBS online festival.

The Wrap was founded in 2009 by Pulitzer Prize-nominated journalist and author Sharon Waxman, a former correspondent for The Washington Post and The New York Times. Its college magazine is “aimed at demystifying the path to a successful career in the entertainment industry and at helping sort through the most dynamic education programs in film, communications and finance.”