A scene from the short film "Tethered"

The School of Filmmaking at the University of North Carolina School of the Arts will present 11 short films by graduating seniors in free screenings at 4 and 8 p.m. on Friday, May 5, in the theatres of ACE Exhibition Complex on the UNCSA campus.

The films to be screened include:

Written by Jason Thomas, directed by Chad Knuth, and produced by Robert A. Brodie and Jason Thomas. Pressured by his single mother to pursue a football scholarship, a high school student wonders if it is the best path for him to gain a quality education. 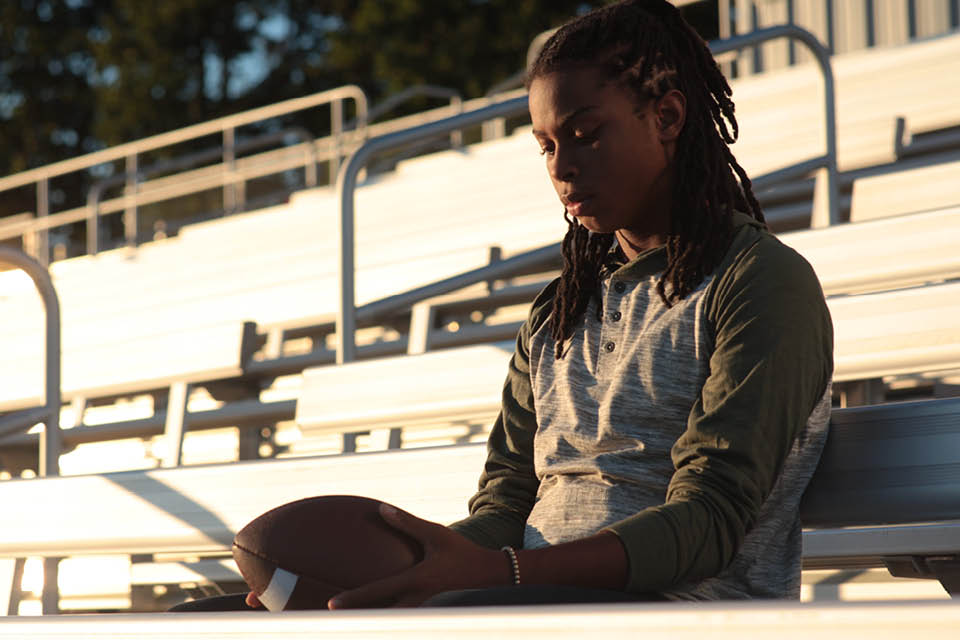 A scene from the student film "Blitz"

Written by Kate St. Onge, directed by Emery McGaha, and produced by Noelle Aleman and Clay Aggeles. Mary, a local leader in her community and church, is a mother to William. While some may see her as overprotective, she believes she is taking preemptive measures to make sure her son will not commit another crime in her town. When tragedy strikes, Mary becomes suspicious of her son, his motives, and her maternal instincts.

“The Eyes of a Dragon”

Written by Maria Marrero, directed by Michael Kauffmann, and produced by Emil Tomosunas and Alex Fleming. A troubled, middle-aged woman temporarily escapes her broken marriage through an evening with a mysterious cab driver. 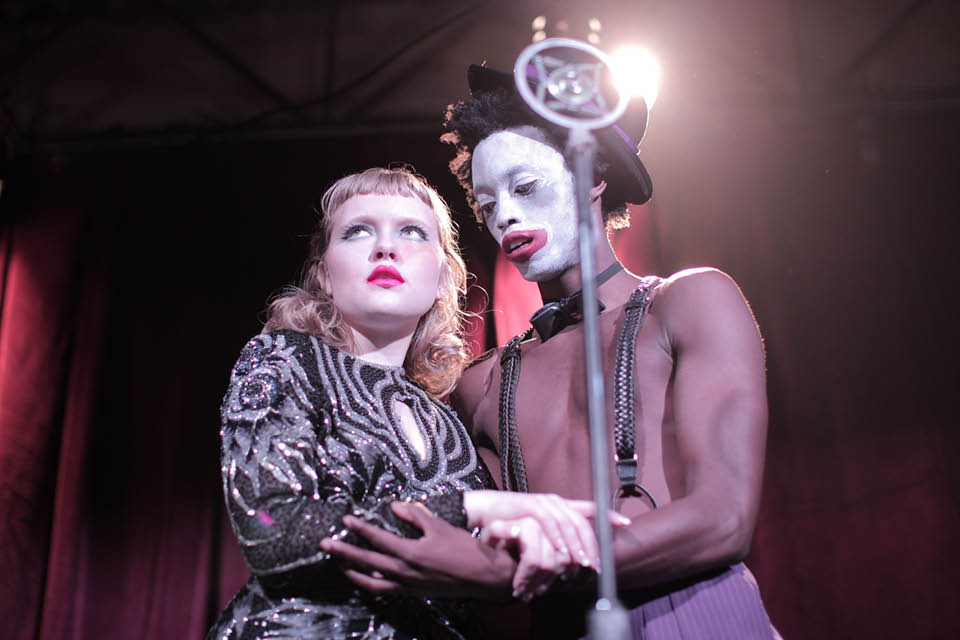 A scene from the student film "The Eyes of a Dragon"

“The Harem of Harry Javier” 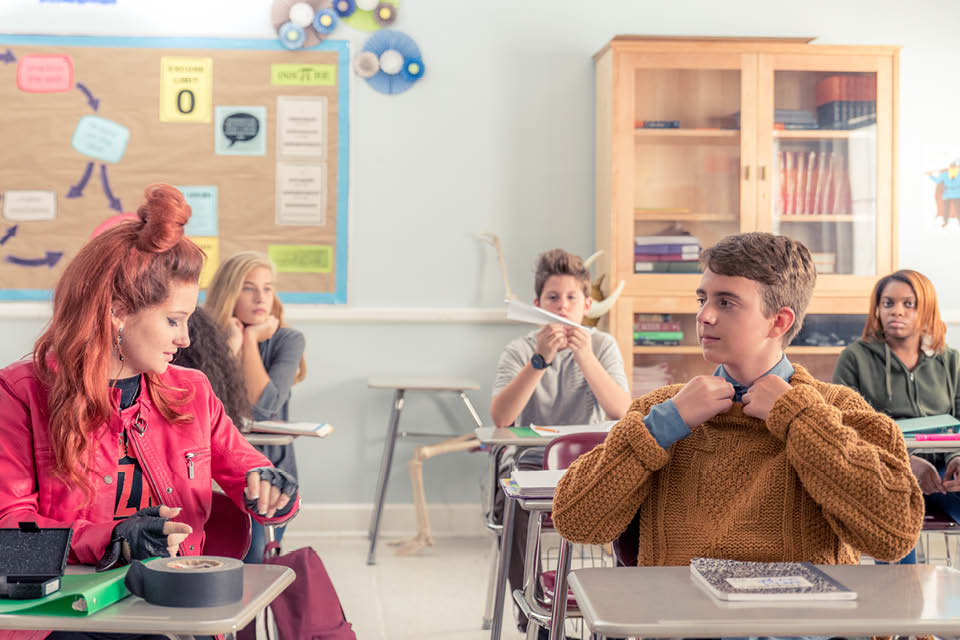 A scene from the student film "The Harem of Harry Javier"

Written by Keifer Albin, directed by Joe Hoenig, and produced by Pablo Bobadilla. Trying to sell the family van, Leanna, a grief-stricken 35-year-old homemaker, struggles to get through the day as she holds on to memories of her daughter. 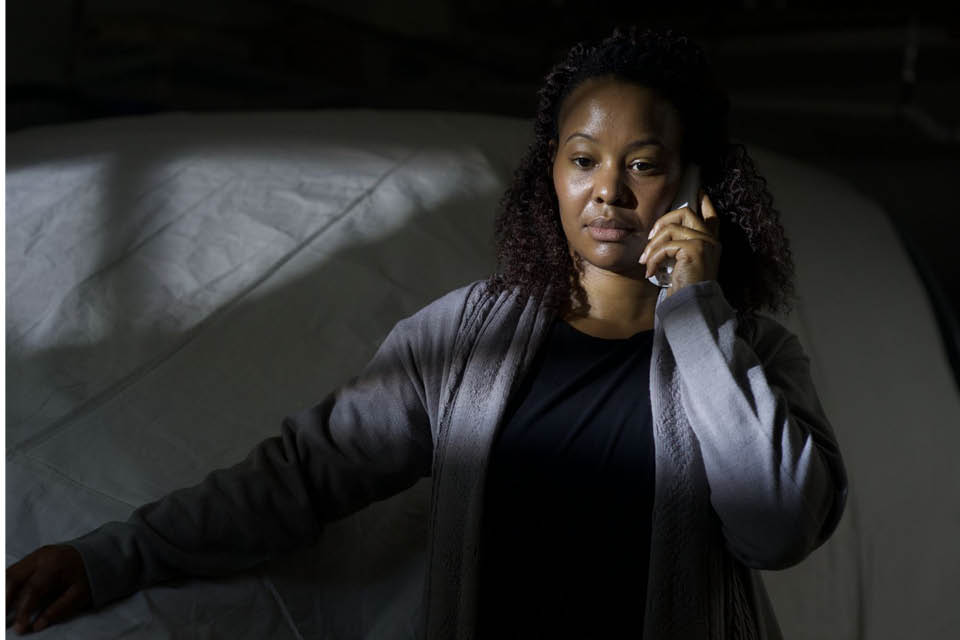 A scene from the student film "Low Miles"

Written by Michael Kauffman, directed by Alex Thomas, and produced by Ilayda Yigit and Addison Sharp. Stacy, a young housewife in the ’50s, takes care of her home and husband as perfectly as anyone could. Although according to the mores of the day, a baby is overdue for the couple. This tension is heightened when Stacy must host a baby shower for the neighborhood socialites while struggling with a compulsive disorder.

Written by Emmett Padgett, directed by Zach Doerfer, and produced by Aidan Crowley and Alex Fleming. In a comedic quest for a college party, three friends find a good time in an unexpected place. 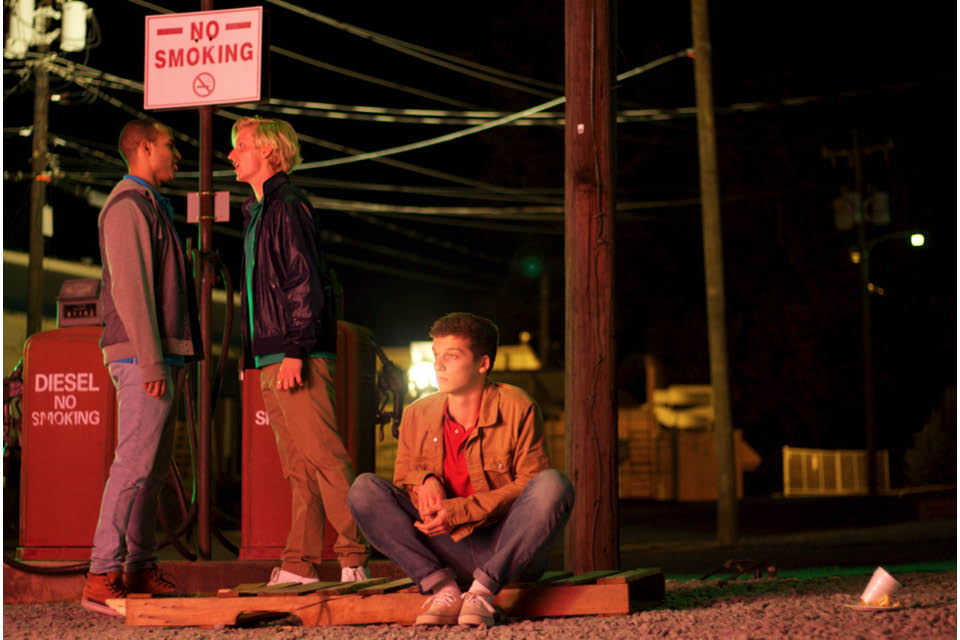 A scene from the student film "Polo Rainbow"

Written by Sean Rooney and AJ Wagner, directed by Sean Rooney, and produced by AJ Wagner and Victoria Rupert. An experienced ghost extractor finds an unexpected challenge when she encounters a youthful spirit who doesn’t realize he’s dead.

Directed by Gavin Lankford and Alek Kosinski, produced by Marty McCarthy, animation by Gavin Lankford, Alek Kosinski and Zing Grem, production design by Zing Grem and 3-D model by Isaac Phillips-London. When a little boy's late-night viewing of his favorite space adventure videotape is cut short by a scolding from his mom, he channels the heroism of his sci-fi fantasy hero and makes it his mission to get the tape back. 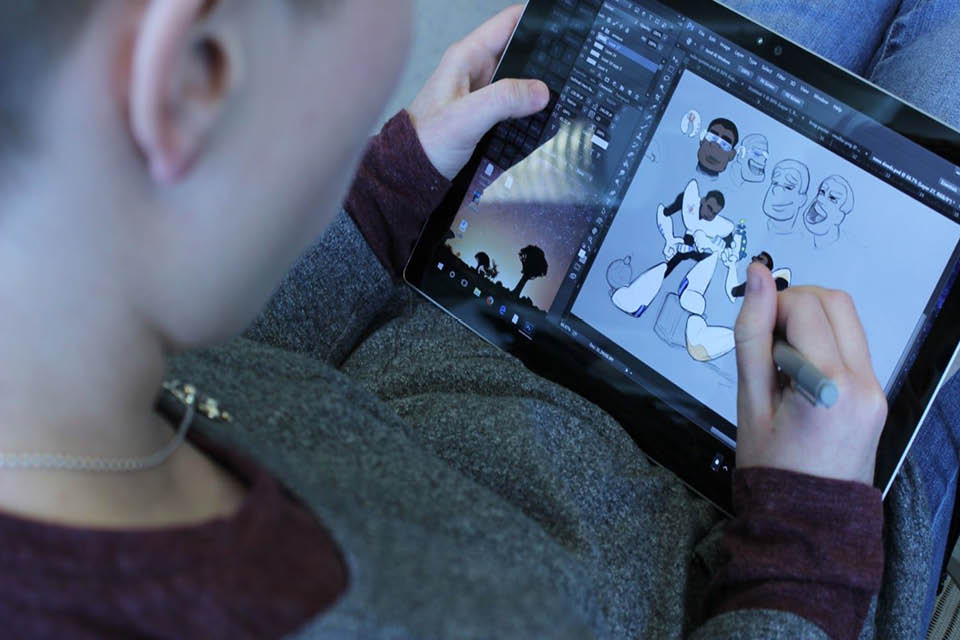 Written by Beth Fletcher and Chris Dold, directed by Beth Fletcher, and produced by Ilayda Yigit and Lauren Henderson. Oscar is a seventh-generation scientific inventor who rides on amateur pilot Wendy’s balloon. He has created a musical invention that will change the weather in order to live up to his father’s standards, but it ends up taking the two on a whimsical journey that helps Oscar discover his true passions.

Written and directed by Dri Damasceno and produced by Abraham Bengio, Jason Thomas and Addison Sharp. A chance encounter between a beautiful drifter and a cynical gas station clerk results in a night that neither of them will ever forget. 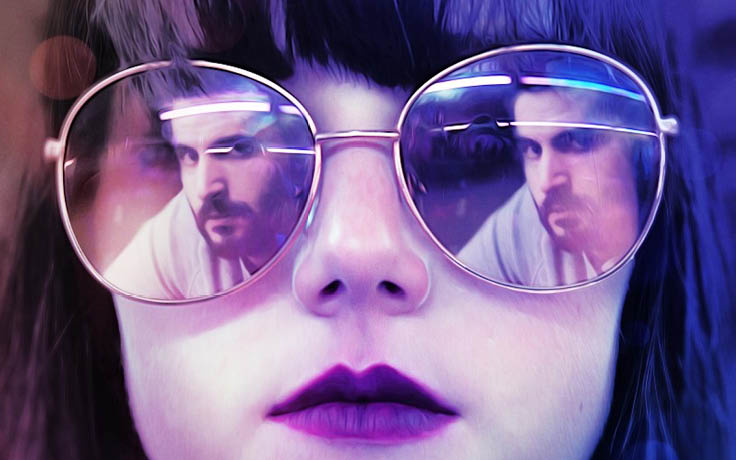 The experimental film "Shades" will premiere Wednesday, May 3, at SECCA and will be shown Friday, May 5, on campus.

Prior to the May 5 screening on campus, “Shades” will premiere at 7 p.m. Wednesday, May 3, in the McChesney Scott Dunn Auditorium at the Southeastern Center for Contemporary Art (SECCA), 750 Marguerite Drive, Winston-Salem. The screening will utilize SECCA’s Dual-Perspective Projection, which will require the audience to wear polarized eyeglasses. The short film will have multiple showings throughout the evening.

“Shades” is an experimental film exploring the idea that our interpretation of an event is fundamentally bound to our unique perspective. The filmmakers crafted a story that has completely different meanings for the two major characters, so although they are occupying the same room and hearing the same words, they don’t perceive the same scenario. The same effect will occur among the audience members, who will be wearing polarized eyeglasses. Two films are projected on the screen at the same time, using technology normally reserved for 3D films. Audiences will hear the same thing, but, depending on the type of polarized glasses they are wearing, they will only view one of the stories at a time.

“New innovations in technology allow us to push the boundaries of storytelling,” said Bengio, on behalf of the “Shades” team. “It is our goal that ‘Shades,’ with its Dual-Perspective Projection, will provide an engaging social experience for the audience. In a world where media consumption is becoming more portable and individualized, we are trying to bring back the sense of community missing from the modern cinema-viewing experience.”

In addition, there will be a student-curated exhibit around the theme of “perception,” with contributions from local artists and talent from UNCSA, in the lobby of the McChesney Scott Dunn Auditorium during the screening.

Admission to the SECCA event and exhibit is free. For more information call 336-813-4622 or visit the Facebook page for “Shades.”