Bailey Powell (far left) working on the set of the fourth-year film "The Harem of Harry Javier," which she costume designed.

Bailey Powell will soon attend her second UNCSA commencement. She started her journey as a student in the high school Visual Arts program and will be awarded a B.F.A. from the School of Design & Production with a concentration in costume design this May. After a busy summer, the soon-to-be-graduate is heading to a job as a wardrobe specialist with Norwegian Cruise Line in the fall.

We caught up with her and asked her to reflect on her experiences over the last five years at UNCSA.

Tell us what you’re doing after graduation. How did you find this opportunity?

Initially after graduation I will be traveling to Charleston, SC to participate in Spoleto Festival USA where I will be running wardrobe and stitching. In August, I will be attending the Penland School of Crafts through a Kenan Fellowship to study leather inlay and overlay.

In October, I will fly to Copenhagen, Denmark to start my job as a wardrobe supervisor on Norwegian Cruise Line. I was given this opportunity during our annual D&P Job Fair where one of our graduates, Naivette Henriquez (’16), came to represent Norwegian Cruise Lines with her manager, Daniel Bloomberg. It was here that they offered me an interview, which would later lead to a job offer. I am excited to travel the world, and I feel like this position is a great way to achieve personal goals as well as begin my theatrical career.

What’s your favorite production you worked on at UNCSA?

My favorite production that I worked on during my time at UNCSA was Black Watch, directed by Bob Francesconi. I costume designed this show during my junior year. Being part of such a relevant production was an eye-opening experience. 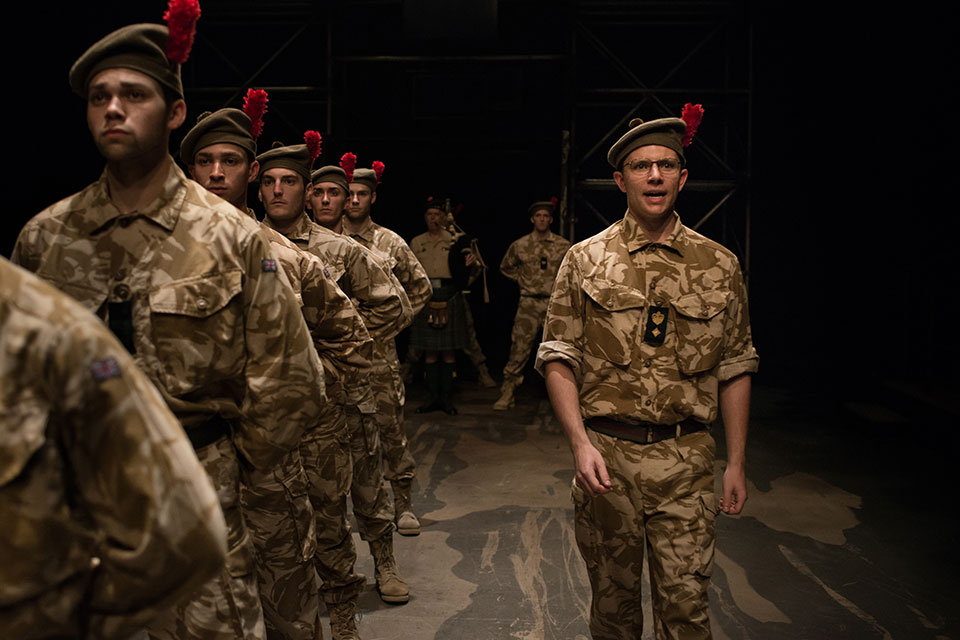 Powell costume designed the Spring 2016 UNCSA production of "Black Watch," about a regiment of Scottish soldiers serving in the British Army in Iraq in 2004. Photo: Peter Mueller

What I love most about the costume design process is initially reading the script and the fresh interpretation and analysis that comes. I enjoy getting to collaborate with the director and create new works from old words.

What’s something valuable you learned as a student at UNCSA?

I learned to put everything into perspective and understand what’s truly important. In college, there are new social expectations, but here you are pushed to center yourself and focus on personal passion and creativity. The intensity of this program feeds a hardworking community, full of students dedicated to their work.

It is very competitive here and often students will struggle with comparing their work to others. I learned to let go of being competitive with others and rather focus that energy toward myself. It’s not about getting the largest project, but being open and embracing the projects and opportunities you are given.

There are a lot of people who have become very significant and influential to my path, but Pam Griffin deserves a special thank you. She has always pushed me to be the strongest I can be as well as understand true importance. She has become a mother figure in my life and had such an influence on my fine arts as well as design career. She’s always wanted what’s best for me.

I would also say thank you to Bill Brewer. He too has pushed me to work hard and produce the best work I can. He’s definitely been an amazing mentor. I love them both so much. 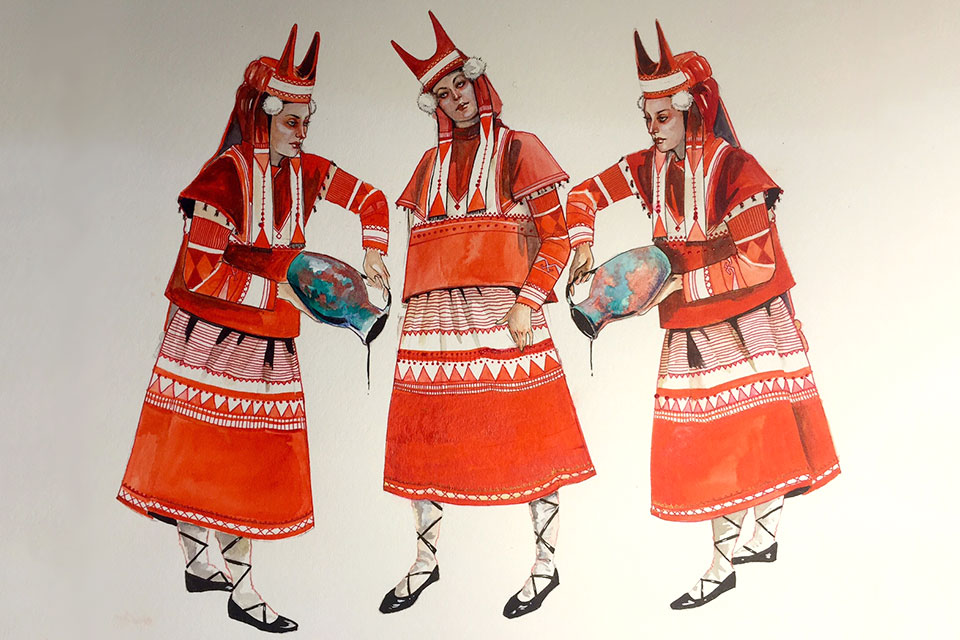 Costume renderings for "Rite of Spring" by Powell.

For a portfolio of Powell's costume and fine arts work, visit baileybeepowell.com.

What’s an opportunity you had at UNCSA that’s different from other opportunities?

This community is small and intimate, and because of this it is a safe and supportive learning environment. The biggest opportunity we are given here is the closeness to our fellow artists and the shared passion for telling stories. It can be exhausting and difficult at times, but it pushes us to be the best that we can be.