May Playlist: Tunes to celebrate the spring season

No season is more celebratory than spring, and we have the music to prove it. Ron Rudkin, Professor of Music in Jazz and Music Theory, says it was tough to pare it to a playlist as there is so much great music celebrating spring. He included several important classical pieces, as well as some jazz selections:

“You Must Believe in Spring” (Michel Legrand, lyrics Alan and Marilyn Bergman). This is a wonderful song by the American jazz-influenced French songwriter and film composer Michel Legrand. The lyricists collaborated on many songs in the ’60s and ’70s, and the lyrics here are quite poetic. And who better to perform this song than Tony Bennett—one of the most celebrated popular singers of the past 60 years—teamed up with Bill Evans, one of the giants of jazz piano.

“It Might as Well Be Spring” (Rodgers & Hammerstein). Stan Getz was a highly successful and popular jazz saxophonist who helped import Brazilian jazz to the United States in the early 1960s. This live album, “Getz Au Go Go,” portrays standard tunes in the bossa nova style, and features the unique and innocent vocal style of Brazilian singer Astrud Gilberto and the phenomenal Gary Burton on jazz vibes.

“Le Sacre de Printemps (The Rite of Spring)” (Igor Stravinsky). One of the most monumental works of the early 20th century “modern” era.

“Spring is Here” sung by Julie London (Richard Rodgers, Lyrics by Lorenz Hart). Julie London was a beautiful actress and singer with a sultry vocal style. This is an early song for Richard Rodgers and his first lyricist-partner, Lorenz Hart. The “re-harmonization” of the guitarist provides a unique and tender interpretation of this song. 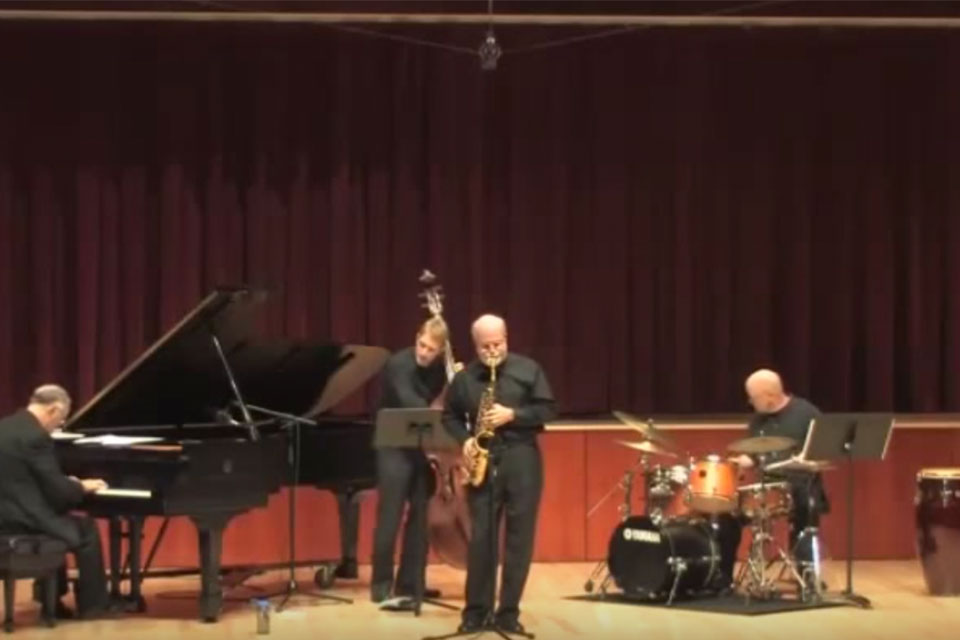 Though not on Spotify, check out Rudkin's video of "Spring Ahead," which he composed and premiered at a faculty recital in UNCSA's Watson Hall.