A highly successful executive in a renowned Fortune 100 company told graduates of the University of North Carolina School of the Arts to embrace failure, but reject fear. Nancy Seruto, creative show studio executive with Walt Disney Imagineering, spoke to 245 graduates on May 6 at the Stevens Center, in the University’s 51st annual commencement. 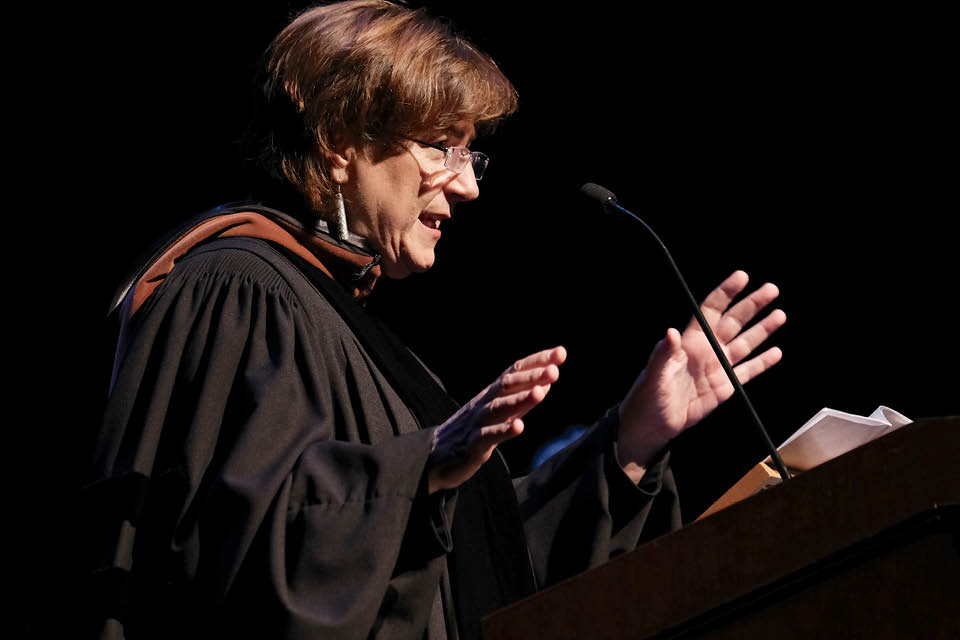 Seruto traced her path from pre-med major to developer of Treasure Cove, a pirate-themed land at the Shanghai Disney Resort. “I’m not sure how I got here,” she joked, adding her career was “anything but well-mapped or carefully executed. Frankly, it’s a bit of a messy story… some successes, some failures, and many changes in direction.”

Throughout her career, Seruto’s biggest challenge has been managing “one obstacle as humans we all share -- fear. Fear is a normal and instinctual reaction to starting anything new. I’ve learned to turn and face it,” she said, sharing her personal visualization strategy.

“I imagine myself as a basketball player… trying to hit the net, all those people waving their hands, trying to get the ball. That’s fear standing between me and hitting the basket. So spin, turn, dribble, take it head on. Whatever strategy works best for you, just hit the basket.”

... fear is just a four-letter word written on a piece of paper and tossed over your shoulder.

Telling graduates fear of failure can be a formidable obstacle, Seruto shared the words of Harry Potter author J.K. Rowling: “…some failure in life is inevitable. It is impossible to live without failing at something, unless you live so cautiously that you might as well not have lived at all – in which case, you fail by default."

A career in the arts can be challenging, she said, “But so what? Fear? Wad it up and take that three-point shot right at that trash can.”

Though drawn to the arts from an early age, Seruto yielded to family pressure and entered college as a pre-med major at the University of California at San Diego. When that didn’t pan out, she left school and performed a variety of manual labor jobs in arts-related industries – loading trucks, coiling audio cables and ironing costumes.

Seruto’s first fulltime job in the arts was at San Diego Repertory Theatre, which allowed her to take college classes on the side. Eventually, she earned an M.F.A. in design for theatre from California State University at Long Beach.

Graduate degree in hand, she freelanced for regional theatre organizations and national and international touring productions, and then became a scenic painter for television and independent movies. For 15 years, she worked at a shop building sets for television and movies, eventually rising to vice president. 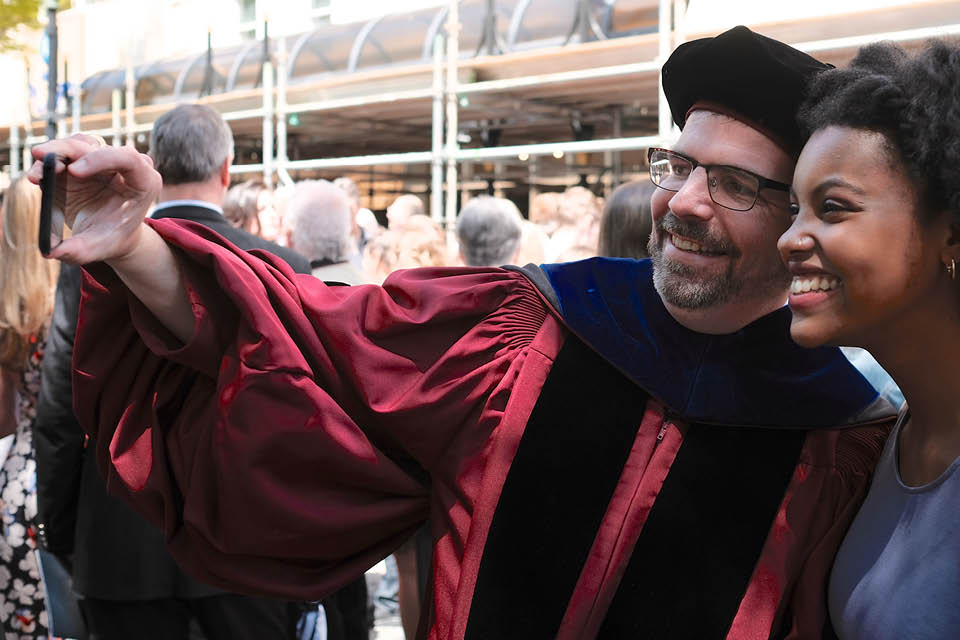 Seruto then founded her own design, production and consulting firm. “The idea was to keep it small, at its core, stay closer to creative work and stay closer with independent contractors, designers and artists and all together we’ll tackle big projects.”

Seruto & Company specialized in large-scale traveling exhibitions, producing such projects as “Tutankhamun” for AEG, and “America I Am” for the Tavis Smiley Group, as well as consulting in the international theme park market.

“We loved bridging the work of educational institutions and theatre,” she said. “People came to us because we are storytellers and we could use that skill set to bring a unique approach to the exhibitions market,” she said.

After 10 years, client Bob Weis, president of Walt Disney Imagineering, presented Seruto with an opportunity she never expected: to join the research and development arm of the Walt Disney Company, responsible for the creation, design, and construction of Disney theme parks and attractions worldwide.

“I felt like Indiana Jones, about to take that step across that huge canyon and I just had to trust the bridge would appear before me as I took each step. And it did. And it did because I was ready.”

Seruto advised graduates not to shy away from opportunities. “You will accumulate a lot of lessons along the way.  You will find that as an artist you have a unique way of seeing and being and feeling and there is high value in it so you must hold on to it and nurture it and be true to yourself.

“You will find the business world is navigable and that your creativity is a huge asset here,” she added. “And you’ll learn that fear is just a four-letter word written on a piece of paper and tossed over your shoulder.”