“I didn't go to film school,” says Peter Block, former Lionsgate executive and founder of A Bigger Boat production company. “I just learned what you all already know... If you’re going to succeed [in film], you have to know the how.”

Block, whose executive producer credits include “Girl with a Pearl Earring” (2003), “The Devil’s Rejects” (2005), “The Haunting in Connecticut” (2009) and the catalog of films in the “Saw” movie series, served as guest lecturer for the graduate Creative Producing program this fall. Film students were invited to a private, on-campus screening of “Jigsaw” the night it was released in theaters and had the opportunity to participate in a Q&A with Block after. 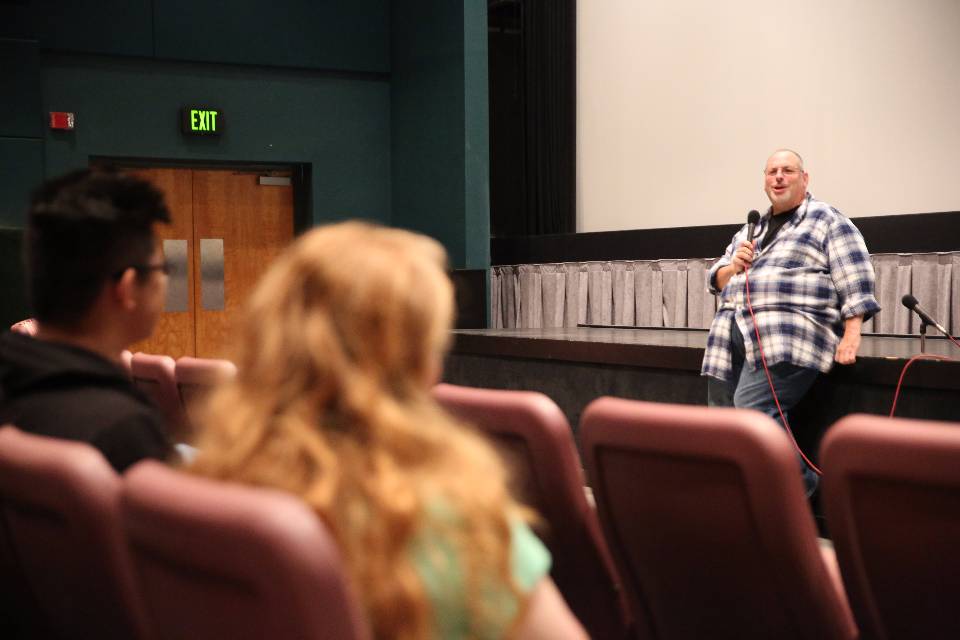 In college, Block studied many things that were tangential to the film business. After school, he landed at a small film company and gained knowledge of the industry through his work experience. Eventually that small company was absorbed by Lionsgate and he went on to become President of Acquisitions.

People always ask the reason for my success... I always say it's my willingness to fail.

“People always ask the reason for my success,” says Block. “I always say it’s my willingness to fail. Being at a small company where you could fail allowed me that freedom.”

Block’s October visit to UNCSA was fruitful for film students who were able to hear his perspective in class or during the all-school Q&A. The visit also presented a new challenge for Block:

Teaching the next generation

Block was invited to campus by producing faculty member and long-time friend Lauren Vilchik. The 2002 hit horror film “Cabin Fever,” which she produced, was purchased and distributed by Block at Lionsgate and earned more than $30 million worldwide.

“As I got ready to come [to UNCSA] and the responsibility weighed on me, I experienced a little bit of anxiety for the first time in a great number of years,” Block says. “Out in the industry, whether I’m going after a piece of talent or financing, I know the dance. Here, it all feels very new.”

Block wanted to ensure he was able to impart knowledge, but to do so in a way that students would receive it well. “What I found was I entered a room with such intelligent students, evidenced by the questions they asked and their scope of the work, is that they’re already quite accomplished here.” 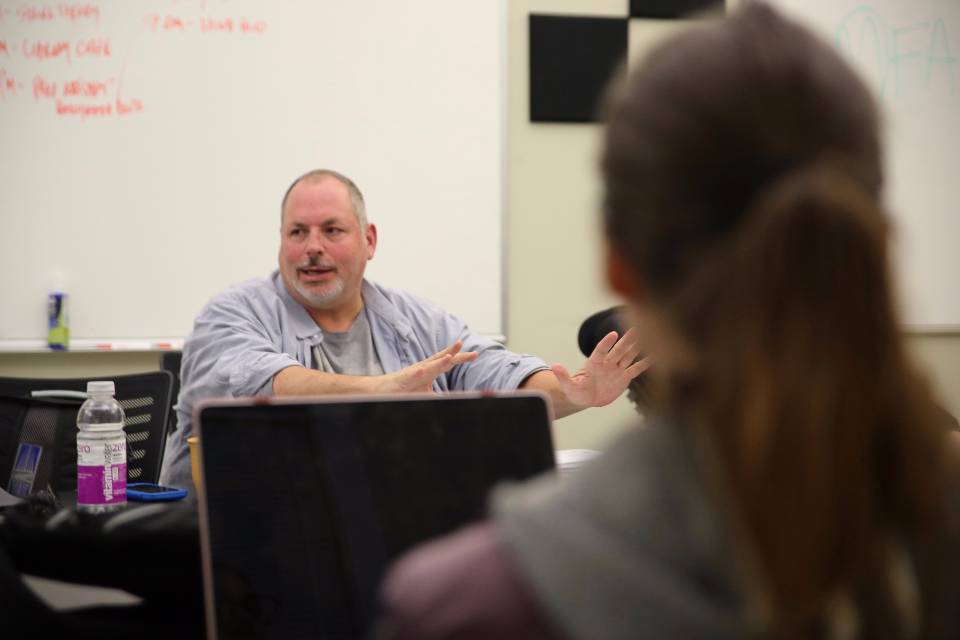 When Vilchik gave Block the tour of UNCSA, he noted how empty the campus was during the day. “The singers are singing, the dancers are dancing, the musicians are composing, directors and producers are inside making films... that’s great they’re not just talking about doing it, they’re actually doing it. That’s how I would have wanted it,” he says, before adding: “Then I realize some of these students are probably going to take my job one day.”

Block’s work with producing students has left him inspired. “Normally I go to a speaking engagement and the first thing I do is make sure I’m not carrying any business cards or a bag that can fit someone’s screenplay, in hopes that I can just do the lecture and get out,” he says with total honesty. “But here I am every night wanting to see what these students will accomplish in a few years. I’ll be following their careers a lot closer than they’ll be following mine.”

So what does it take for someone like Peter Block to buy your script, film or television series?

“At the end of the day it comes down to the writing—not necessarily in the form it’s submitted, but the potential of where it can be and how long it will take to get it there,” Block answers.

He also emphasizes that people matter, because you never do a project alone. If the person pitching is difficult to work with, “no matter how profitable a project is, that’s just not how I want to spend my time,” he says. 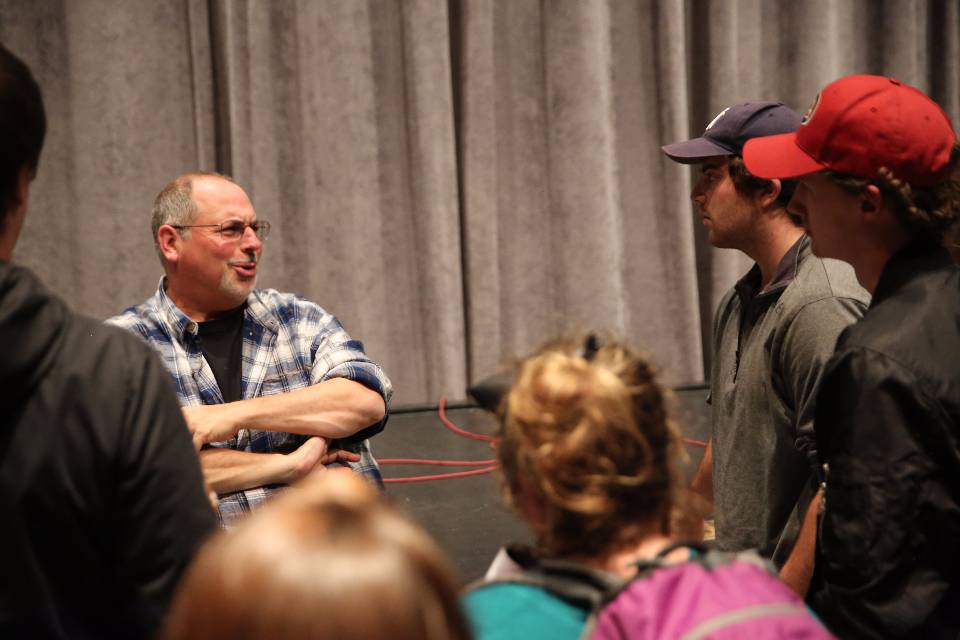 Students rally around guest artist Peter Block during his visit to the UNCSA School of Filmmaking.

When asked about the successful “Saw” franchise (“Jigsaw” was the top performer of its opening weekend box office), Block says he always looks forward being able to gear up time and again with the same filmmakers. They’ve built a working-family, not unlike those that film students build over their four years at UNCSA.