As a student in the School of Drama at the University of North Carolina School of the Arts, Isaac Klein learned many things from his instructor and mentor, Dean Emeritus Gerald Freedman. One piece of advice resonated in particular: “If you really do the work, if you really investigate, if you really put the time in, and stay open, there's very little that is not possible. If you really work for it, you can achieve almost anything.”

Klein, who graduated from the School of Drama’s directing program in 2006, took that advice to heart over the past four-and-a-half years as he crafted his first book, a tribute to Freedman.  “The School of Doing: Lessons from Theater Master Gerald Freedman” will be published this month, and Klein has pledged half of the profits from the self-published volume to the Gerald Freedman Excellence Endowed Fund at UNCSA. 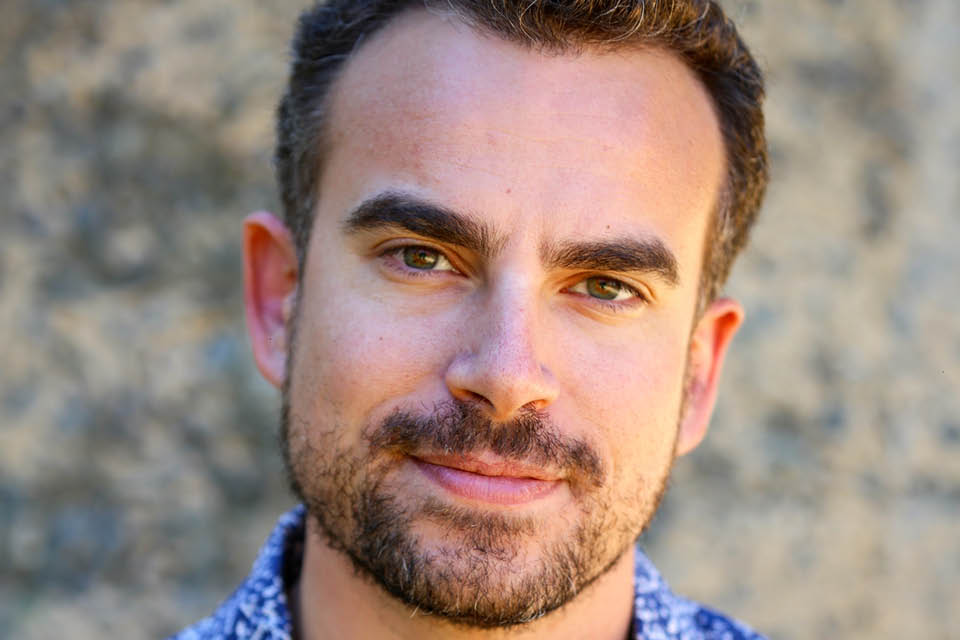 Isaac Klein, a 2006 graduate of the School of Drama / Photo: Andy Strong

An internationally renowned stage director and educator, Freedman retired in 2012 after serving as Dean of the School of Drama for 21 years. He suffered a major stroke in 2011 which precluded him from continuing in his role. In 2012, he was named Dean Emeritus, and the largest theatre on campus was named in his honor.

Klein will hold a reading from the book at 6 p.m. Wednesday, Dec. 13 at Bright Leaf Books, 227 West Fifth St. The book will be available in paperback and e-book formats from Amazon.com.

Klein said “The School of Doing” is a comprehensive guide to Freedman’s craft and teachings, including lessons on acting, directing, text analysis, comedy technique, camera technique, Shakespeare, musical theater, design, pedagogy, and the business itself. 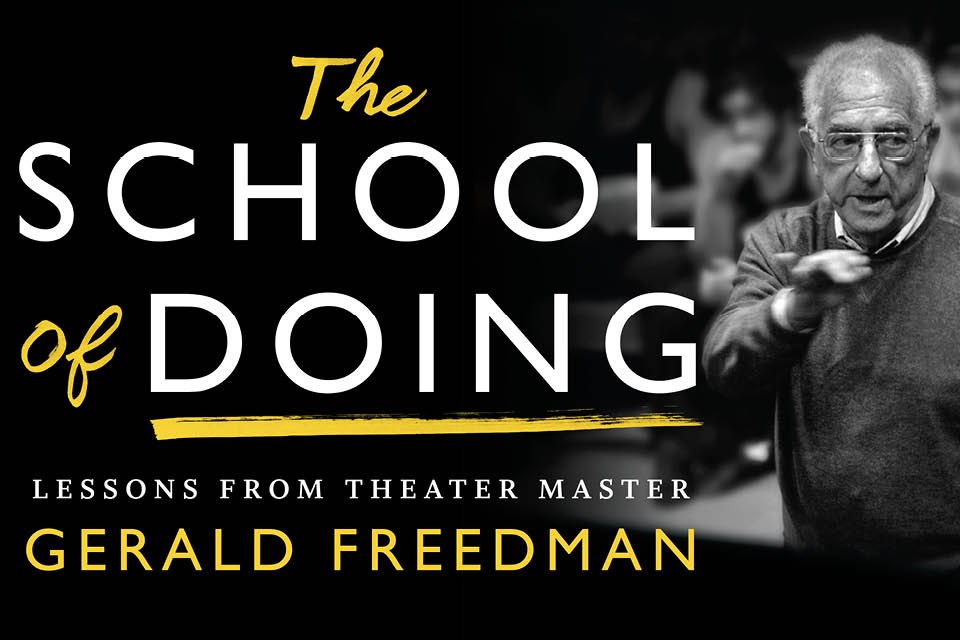 The book also includes comments from UNCSA alumni including Anna Camp (BFA 2004, high school 2000, films including the “Pitch Perfect” franchise and “The Help” and television roles including “Mad Men” and “The Good Wife”), Dane DeHaan (BFA 2008, high school 2004, “Valerian and the City of a Thousand Planets,” “Life,” “The Amazing Spider-Man 2”), Rebecca Naomi Jones (2003, Broadway’s “Passing Strange” and “American Idiot”), and Billy Magnussen (2007, films including “Bridge of Spies” and “Into the Woods” and Broadway’s “Vanya and Sonia and Masha and Spike”).

“Gerald was the greatest teacher I've ever had,” said Klein, who was inspired to write the book after reviewing class notes that included quotes from Freedman. “But he is more than my teacher. Gerald is more than my mentor. Gerald is the person whose wisdom I hear most often in my head, and hold most closely in my heart.” 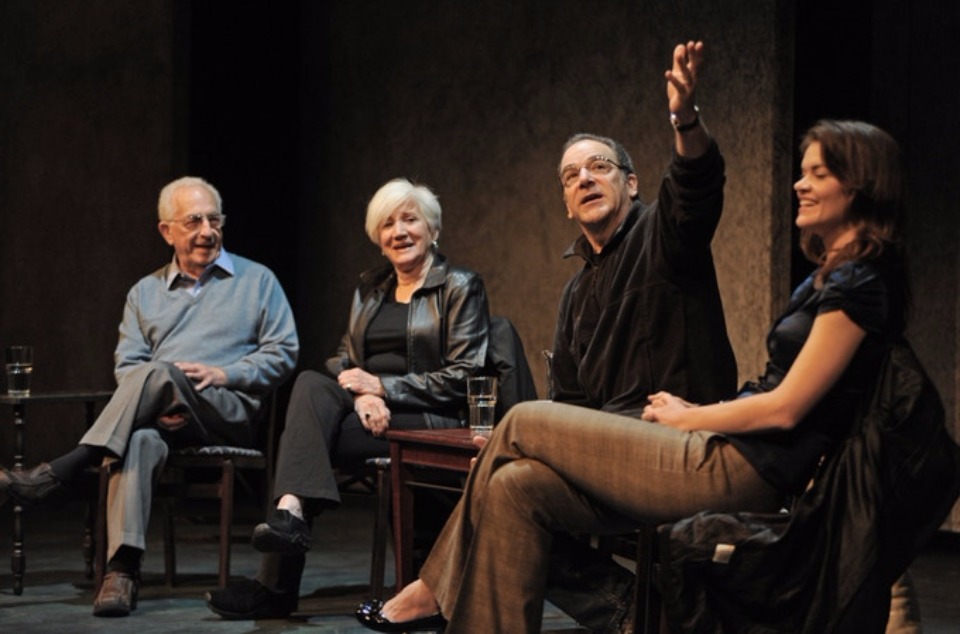 In February 2009, Freedman hosted a talk back on campus with guests Olympia Dukakis, Mandy Patinkin and Missi Pyle (Drama ’95).

“Gerald has singular, powerful insights, unavailable in any other theater text. His distillation of the creative process is a vital resource for every theater professional and aspiring student. Many of his lessons are invaluable not only for the performing arts, but for life itself,” he added.

Klein said Freedman was instrumental in creating some of the most important theater of the last century. “As a young man, he went back and forth between directing stars such as Jack Lemmon, Joan Crawford, and Humphrey Bogart for the screen in Hollywood, and working onstage in New York with Jerome Robbins, for whom he assistant directed the original ‘West Side Story,’” he said.

“Gerald was artistic director of the New York Shakespeare Festival, now known as the Public Theater and Shakespeare in the Park, and directed numerous star-studded productions to critical acclaim,” Klein added. 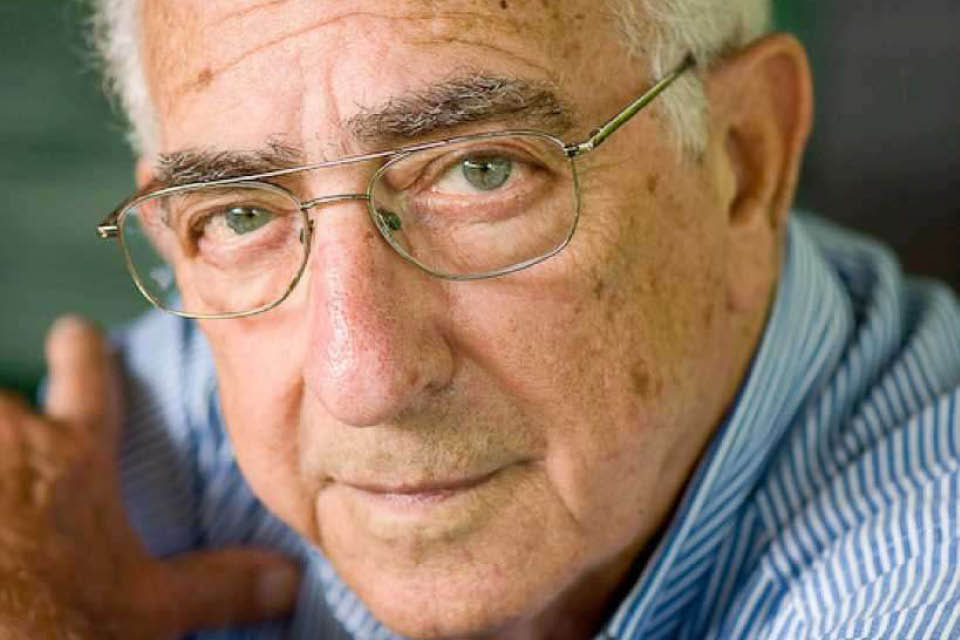 Klein said he spent countless hours poring over mountains of old notebooks, articles, speeches, transcripts, videos, and audio recordings of Freedman in action in the classroom and rehearsal hall. “Meanwhile, I spent months working with Gerald in his Winston-Salem home, and together we edited and refined my findings,” said. “This book is a tapestry of myriad pieces, woven together in the order and form that I hope most effectively convey Gerald’s curriculum.”

Klein financed the book through a Kickstarter campaign, and was “overwhelmed and delighted” to surpass his goal in just eight days.

“The defining mission of Gerald’s life was the training of first-rate theater artists,” Klein said. “He broke down the all-too-often nebulous realm of drama into practical, accessible components, and worked tirelessly to make each element clear to every last one of his students.

“I am one such student,” he added. “In the 11 years since my graduation, Gerald has remained my mentor. I continue to learn from him every day as I apply his lessons in my work. I’m proud to honor him with this book, and to contribute proceeds to my alma mater, an institution that both Gerald and I hold close to our hearts.”

Freedman has staged 26 of Shakespeare’s plays, along with dozens of other world classics. He has directed celebrated actors such as Olympia Dukakis, James Earl Jones, Stacy Keach, Julie Harris, Charles Durning, Sam Waterston, Patti Lupone, Mandy Patinkin, Jean Stapleton, William Hurt, Carroll O’Connor and Kevin Kline. He made theatre history with his off-Broadway premiere of the landmark rock musical “Hair,” which opened the Public Theatre in 1967.  His Broadway direction includes “The Robber Bridegroom”; “The Grand Tour” with Joel Grey; the revival of “West Side Story,” co-directed with Jerome Robbins; the premiere of Arthur Miller’s “The Creation of the World and Other Business”; and Shaw’s “Mrs. Warren’s Profession” with Lynn Redgrave and Edward Herrmann. Productions for the Great Lakes Theater Festival include Shakespeare’s  “King Lear” with Hal Holbrook, which went to the Roundabout Theatre in New York City. He directed opera productions for the Opera Society of Washington (Kennedy Center), the San Francisco Opera Company, and New York City Opera. For New York City Opera, he directed revivals of “Brigadoon” and “South Pacific.”

Isaac Klein is a director and writer of plays and musicals. His work has been seen at the PIT, the O’Neill, the Flea, the York, the Lark, the Box, BAM, Fresh Ground Pepper, Loft227, Crashbox, Pipeline, FringeNYC, LPAC, Abrons Arts Center, Theater Row, Judson Church, Guild Hall, Capital Fringe, Woolly Mammoth, Barn Arts Collective, and the Museum of Natural History, among others. Assistant/Associate credits include work for Peter Shaffer, the Public, Lincoln Center, EST, Playwrights Horizons, LaMama, Oregon Shakespeare Festival, and the most recent Broadway revivals of “Gypsy” and “West Side Story.” Klein is a founding member of SPACE on Ryder Farm, and a company member at Exit, Pursued By A Bear. He is a proud graduate of the University of North Carolina School of the Arts. His first book, “The School of Doing: Lessons from Theater Master Gerald Freedman,” will be available November 2017.