Veronica Siebert of Lewisville was named outstanding female high school singer at the North Carolina District Auditions of the National Association of Teachers of Singing (NATS). She is one of several students in the School of Music at University of North Carolina School of the Arts who won awards at the auditions held Feb. 16 and 17 on the UNCSA campus.

More than 400 students and 70 teachers from high schools, colleges and private studios around the state participated in the event.

Teachers serve as judges for student singers who are ranked against others of similar age and experience. First-, second- and third-place winners are given cash awards. Award winners and singers who score 90 or above out of a possible 100 are eligible to participate in Regional Auditions, with the possibility of advancing to National Auditions. 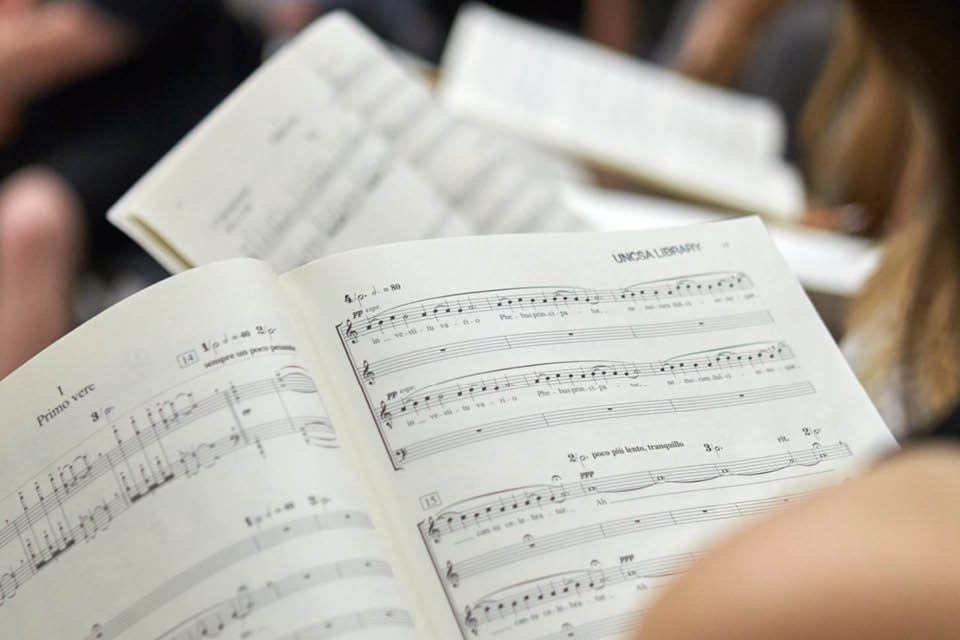 A high school senior, Siebert also won a first-place award in her category. She is the daughter of Glenn Siebert, who teaches voice at UNCSA.

Nineteen high school and undergraduate voice students are eligible to advance to Regional Auditions of the National Association of Teachers of Singing (NATS) March 16-17 at Liberty University in Lynchburg, Va.

Founded in 1944, National Association of Teachers of Singing, Inc. is the largest professional association of teachers of singing in the world with nearly 7,000 members in the United States, Canada, and nearly 30 other countries. The North Carolina Chapter is a member of the Mid-Atlantic Region of NATS which includes South Carolina, Maryland/Washington D.C., and Virginia.