University of North Carolina School of the Arts (UNCSA) Chancellor Lindsay Bierman has announced that Chief Marketing Officer Katharine Laidlaw will leave the school in mid-May to join the renowned Interlochen Center for the Arts, where she will become the Vice President for Strategic Communications and Engagement.

“While it’s a considerable loss for us, it’s a major coup for Interlochen,” Bierman said.

“Katharine has been a powerful creative force at UNCSA,” Bierman continued. “I’m grateful for her transformative insights, brand acumen, and artistic sensibility, and will greatly miss our collaboration.” 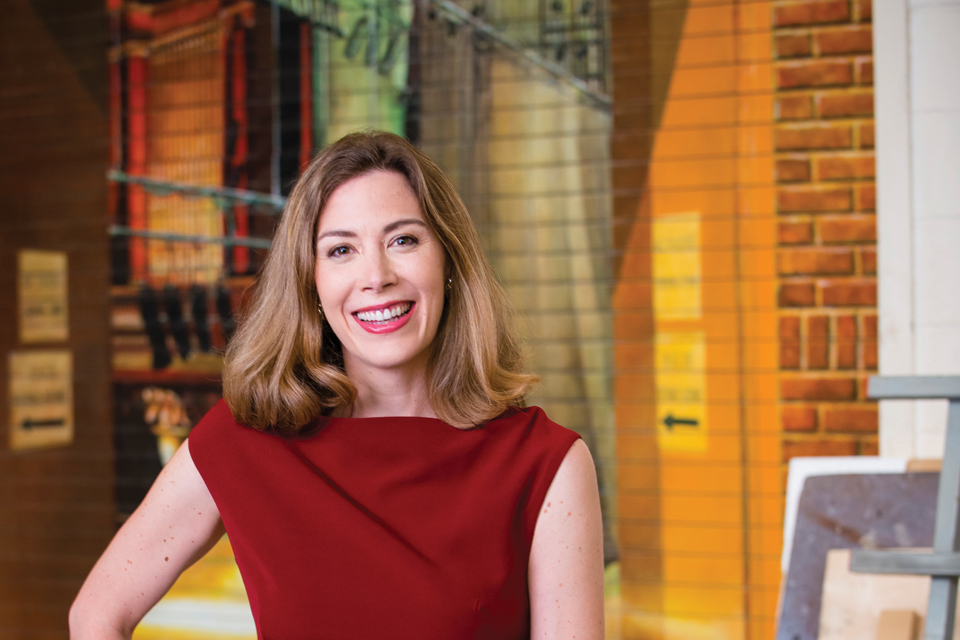 Katharine Laidlaw will be Vice President for Strategic Communications and Engagement at Interlochen Center for the Arts.

At Interlochen, Laidlaw will oversee three departments and a team of 20, reporting to President Trey Devey, who took office in June 2017 after leading an impressive financial turnaround at the Cincinnati Symphony and Pops orchestras. In a release from Interlochen, Devey said that Laidlaw “will be instrumental in creating the strategic direction that will propel Interlochen into our second century.” She will be tasked with the strategic development and oversight of branding, marketing and content, advertising, customer insight and research, public relations, crisis communications, stakeholder communications and engagement, and customer service.

Laidlaw said, “I love the School of the Arts and have taken a great amount of professional and personal satisfaction in working with our extraordinary talent: deans, faculty, staff, and most of all, students. I am thrilled that marketing is playing such a critical role in advancing this institution to reach its true potential, and I am so thankful to my team and my colleagues for the incredible experiences we have shared.”

Appointed Chief Marketing Officer in 2015, she spearheaded a comprehensive rebranding, including creative direction, messaging, and strategy. Her work on institutional, recruitment, and performance advertising campaigns has won numerous awards, including many golds. Her leadership in reimagining the school’s recruitment marketing contributed to an intensive, cross-departmental effort that drove notable increases in inquiries and applications.

Katharine has been a powerful creative force at UNCSA. I’m grateful for her transformative insights, brand acumen, and artistic sensibility, and will greatly miss our collaboration.

Previously, Laidlaw served as UNCSA’s first Executive Producer, with production credits that include “Oklahoma,” Spring Dance at Carolina Performing Arts, and “The Nutcracker,” which nearly doubled its gross revenue during her tenure to provide more than $300,000 in annual scholarship and instructional support.

She produced several filmed productions that premiered on UNC-TV, and received an Emmy Award for the filmed production of “Much Ado About Nothing,” which won Best Arts Program in the Midsouth Division in 2013.

At the Stevens Center, she led the transition to the CRM ticketing software which has streamlined box office operations and stimulated growth in online ticket sales.

Bierman said he plans to work closely with Laidlaw over the next couple of months to ensure a smooth transition, and will conduct a national search for a permanent replacement “to build on our momentum.”