The graduating class of the School of Drama

Just how did Peter Pan become the “Boy Who Would Not Grow Up?” Forget everything you thought you knew about Peter’s original story, because the University of North Carolina School of the Arts production of Rick Elice’s “Peter and the Starcatcher” upends it all. Running April 5-14, this charming, Tony Award-winning comedy is the final UNCSA production for this year’s School of Drama seniors and for director Robert Francesconi.

Performances of “Peter and the Starcatcher” take place at 7:30 p.m. on Thursday through Saturday, April 5-7 and 12-14, with a 2 p.m. matinee on Sunday, April 8 in Catawba Theatre of  Alex Ewing Performance Place, 1533 South Main St. 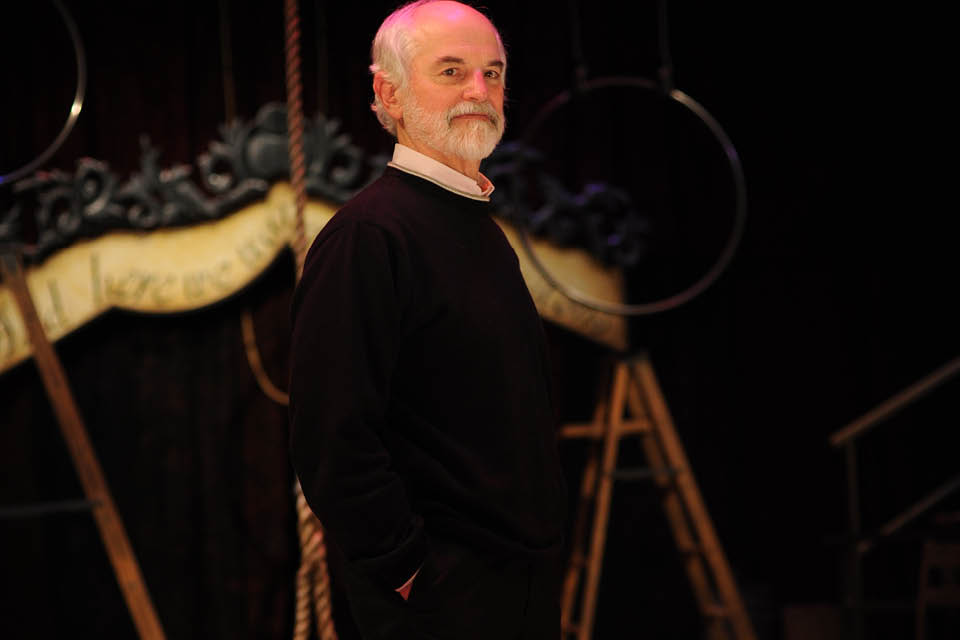 Robert Francesconi on the set of "Comedy of Errors," which he directed at UNCSA in 2012. / Photo: Steve Davis

Based on a book by Dave Barry and Ridley Pearsons, “Peter and the Starcatcher” follows a young orphan – known at first simply as “Boy” – through a thrilling adventure at sea that eventually leads him to Neverland.

“The play celebrates the dreams of a child and the innocence those dreams inspire,” says Francesconi, who will retire this year after four decades of teaching in the School of Drama.

The family-friendly play is filled with a colorful cast of characters – from Black Stache, who is described as “heartless, hirsute and suspiciously well-read” to Fighting Prawn, the leader of the Mollusk tribe who speaks in Italian cooking terms.

The story begins as three young orphans board a boat transporting a trunk containing otherworldly cargo.

“When the voyage begins, the boys know nothing of the mysterious trunk in the captain’s cabin,” explains Francesconi. The orphans remain blissfully ignorant until they run into a precocious young girl named Molly.

“Molly is a Starcatcher-in-training, who realizes that the trunk’s precious cargo is starstuff, a celestial substance so powerful it must never fall into the wrong hands,” he continues.

“When the ship is taken over by pirates – led by the fearsome Black Stache, a villain determined to claim the trunk and its treasure for his own dubious dreams of world domination – the journey quickly becomes fraught with danger, threatening the lives of Molly and the boys.”

“The magical and hilarious adventure at last reveals the origins of Peter Pan, Wendy, the lost boys, their piratical nemesis Captain Hook, and a far-off place known as Neverland,” Francesconi concludes.

After a successful run on Broadway in 2012-13, “Peter and the Starcatcher” was nominated for nine Tony Awards – five of which it won, including Best Scenic Design and Best Costume Design of a Play. The wins are unsurprising, considering the stagecraft that is required to turn a dozen actors into more than 100 different characters. 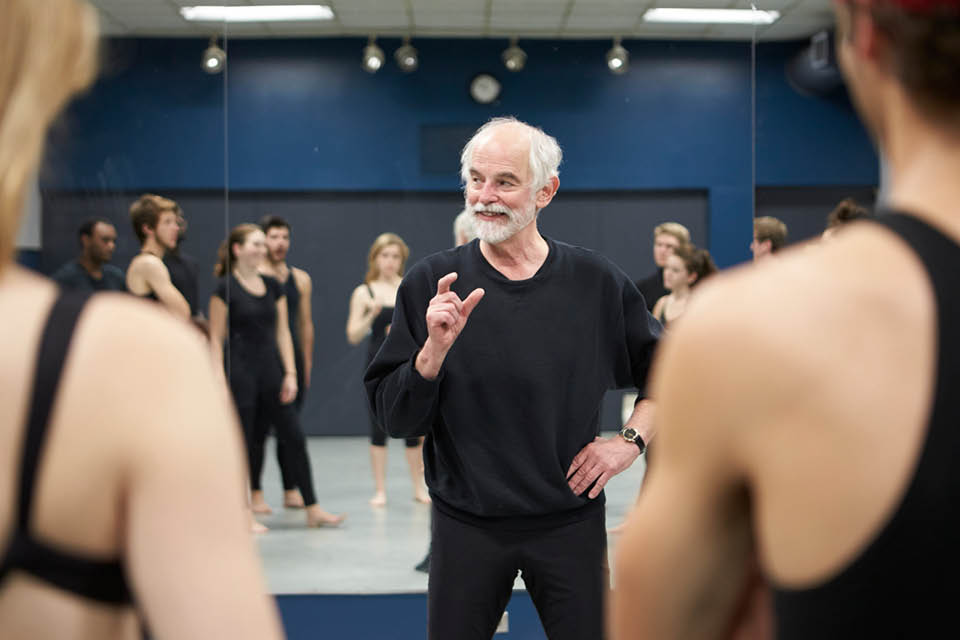 Robert Francesconi has taught acting and movement in the School of Drama for 40 years. / Photo: David Hillegas

“Bob is a master teacher in creative drama, improvisation, mime, mask and clowning,” says Provost David English. “This will be Bob’s last play before he retires, and the playfulness of the material and the opportunity to bring his renowned mask work to the stage makes it the perfect sendoff.”

English says Francesconi will be leaving behind big shoes to fill. “He’s become a beloved faculty member here and a prime example of the kind of talent drawn to this school and its mission. Many alumni credit their career success to Bob’s guidance and mentoring, pointing to his class as being possibly the most important part of their training.”

Robert Francesconi has taught acting and movement in UNCSA’s School of Drama for 40 years. In 2011, he was featured in the Class Acts, a publication by the Thomas S. Kenan Institute for the Arts highlighting best practices in arts education.

A consultant and master teacher in creative drama, improvisation, mime, mask and clowning, he has taught master classes in mask and clowning in Moscow at the Nemirovich-Danchenko School-Studio of the Moscow Art Theatre, at Lunacharsky State University of Theatre Arts and the Shchepkin Theatre School of Maly Dramatic Academy; in Barcelona at the Institute del Teatre; and in Singapore at the Singapore American School. He was featured master teacher at the 1990 International Movement Symposium in Moscow.

Francesconi served as a consultant in gifted and talented arts education programs for the South Carolina Arts Commission and the South Carolina Governor’s School for the Arts and Humanities, and he served on the Institute of International Education’s selection committee for Fulbright and foreign-sponsored scholarship awards.

Before coming to UNCSA, he was director and teacher at Columbia College, and a teacher and actor with the Menagerie Mime Theater, touring and teaching nationally with Mr. James Donlon.  He was guest teacher and artist at the International Mime Festival and Institute in 1974 and 1978.

Francesconi has a B.A. and an M.A. from Humboldt State University and he trained with Yass Hakoshima, Carlo Mazzone-Clementi, Philip Mann and Richard Rothrock.