The University of North Carolina School of the Arts is thrilled to bring the Broadway National Tour of “Kinky Boots,” the winner of six 2013 Tony Awards including Best Musical, to the Winston-Salem for one night only as part of its UNCSA Presents program.

The performance takes place at 8 p.m. Thursday, May 23, 2019 at the Stevens Center, 405 West Fourth Street in downtown Winston-Salem. 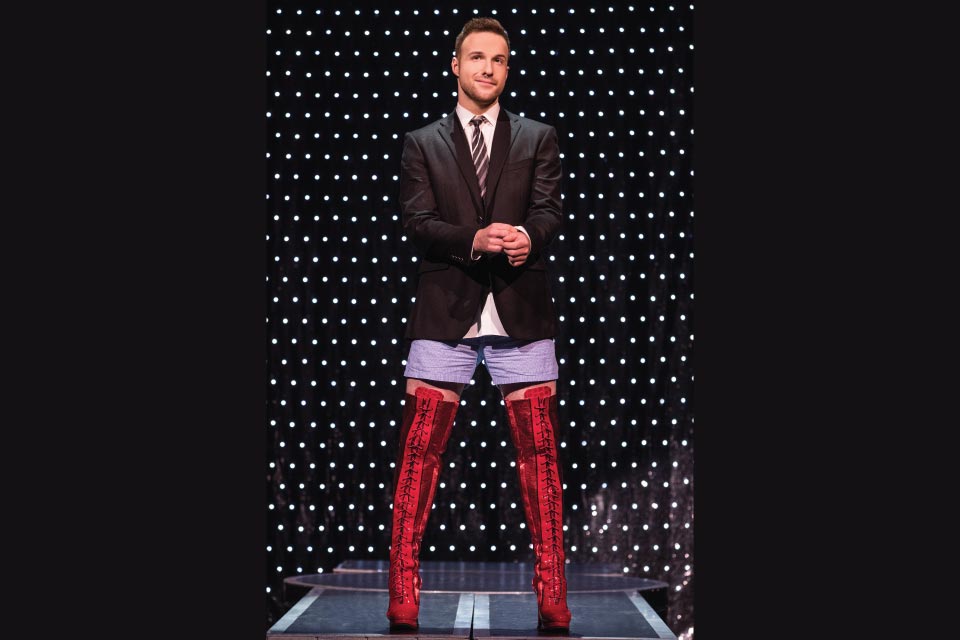 “This is the first time in 11 years that a Broadway tour has made a stop in Winston-Salem,” says Wiley Hausam, UNCSA’s managing director of performance facilities and curator of UNCSA Presents, which brings top-notch touring musicians, theater productions and dance performances to the Stevens Center.

“One of the hallmarks of a vibrant city is the regular presence of touring Broadway shows,” explains Hausam. “Durham Center for the Performing Arts brought Broadway to Durham and transformed its downtown.”

Inspired by true events, “Kinky Boots” takes you from a gentlemen’s shoe factory in Northampton to the glamorous catwalks of Milan. The musical tells the uplifting and heartwarming tale of Charlie Price, who is struggling to live up to his father’s expectations and continue the family business of Price & Son. With the factory’s future hanging in the balance, help arrives in the unlikely but spectacular form of Lola, a fabulous performer in need of some sturdy new stilettos. Together they discover that it takes a good friend to make a great pair.