University of North Carolina School of the Arts’ (UNCSA) highly anticipated holiday production of “The Nutcracker,” presented by Wells Fargo, will showcase guest dancers Yuriko Kajiya as the Sugar Plum Fairy and Connor Walsh as the Cavalier Prince for two performances only: 7:30 p.m. on Wednesday, Dec. 12 and Thursday, Dec. 13. Kajiya and Walsh are principals with the Houston Ballet.

A native of Aichi, Japan, Kajiya trained at the Shanghai Dance School and National Ballet School of Canada.  She joined the Houston Ballet in 2014 and was promoted to the Robert F. Parker principal in 2015.

A native of Fairfax, Virginia, Walsh trained at the Houston Ballet’s Ben Stevenson Academy and the Kirov Academy of Ballet.  He joined the Houston Ballet in 2004 and was promoted to the Fondren Foundation principal dancer in 2007. 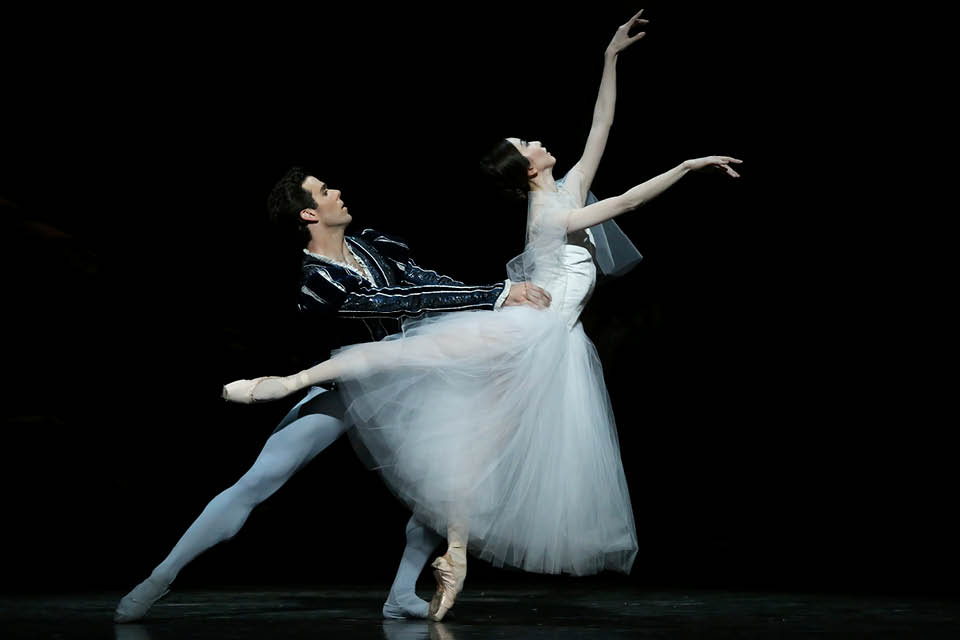 Houston Ballet principal dancers Yuriko Kajiya and Connor Walsh will perform in UNCSA's "The Nutcracker" as the Sugar Plum Fairy and the Cavalier Prince on Dec. 12 and 13. / Photo courtesy of Houston Ballet

“We are particularly thrilled to offer two principal dancers from the Houston Ballet as guest dancers in our annual production of ‘The Nutcracker,’” said UNCSA Vice Chancellor of Strategic Communications Claire Machamer. “For many years, UNCSA has recruited world-class guest artists to the stage at the Stevens Center to perform alongside our own incredibly talented students.”

“Kajiya and Connor are among America’s premier ballet dancers and will showcase their world-class technique and artistry to Winston-Salem. Seeing them is an opportunity not to miss,” UNCSA Dean of Dance Susan Jaffe. “They are not only sure to captivate our audiences on December 12 and 13 but also will inspire and teach our UNCSA students.”

Kajiya and Connor are among America’s premier ballet dancers and will showcase their world-class technique and artistry to Winston-Salem. Seeing them is an opportunity not to miss.

Born in Aichi, Japan, Yuriko Kajiya began her training at the age of eight. At 10, she moved to China and became one of the first foreign students to study with and graduate from the Shanghai Ballet School on scholarship. During her stay in China, Kajiya performed many times on Chinese national television.

Kajiya starred in the 2007 documentary “Passion Across a Continent” in Japan. She also appeared on the “Tokyo Talk Show” and presented the American Ballet Theatre documentary “Dancers.” She has performed as a guest in Japan dancing Odette in “Swan Lake, Act II” and “A Midsummer Night's Dream,” as well as appearing in galas at the West Virginia Dance Festival, Santa Fe Festival, Chicago Dancing Festival, Hope and Pride Gala of Japan, New National Ballet Gala and Prix de Lausanne. Most recently, she appeared in a 90-minute documentary entitled “Yuriko: Ballerina.”

Her repertoire includes Gamzatti and first and second Shades variations in “La Bayadère”; Blossom in “Cinderella”; Aurora in “Coppélia”; Gulnare and an Odalisque in “Le Corsaire”; Kitri, Amour and a Flower Girl in “Don Quixote”; Giselle, Zulma and the peasant pas de deux in “Giselle”; Valencienne in “The Merry Widow”; Clara and the Grand Pas de Deux in Alexei Ratmansky’s “The Nutcracker”; Clara in Kevin McKenzie’s “The Nutcracker”; Olga in “Onegin”; Henrietta in “Raymonda”; Princess Florine, the Lilac Fairy, the Fairy of Joy and the Fairy of Fervor in “The Sleeping Beauty”; the pas de trois, cygnets, Polish Princess and Hungarian Princess in “Swan Lake”; the Waltz in “Les Sylphides, Tchaikovsky Pas de Deux”; Miranda in “The Tempest”; and leading roles in “Baker’s Dozen,” “Ballo della Regina,” “Birthday Offering,” “Brief Fling,” “Chamber Symphony,” “Dark Elegies,” “Désir,” “Diversion of Angels,” “Drink to Me Only With Thine Eyes,” “In the Upper Room,” “The Leaves Are Fading,” “Overgrown Path,” “Petite Mort,” “Rabbit and Rogue,” “Seven Sonatas,” “Sinfonietta,” “Symphony in C” and “Theme and Variations.” She created a leading role in Alexei Ratmansky’s “Dumbarton.”

Kajiya joined Houston Ballet as a first soloist in 2014 and was promoted to principal dancer in November 2014 following her performance as the Sugar Plum Fairy in Ben Stevenson’s “The Nutcracker.”

Born in Fairfax, Virginia, Connor Walsh began his training at the age of seven under the direction of his mother Constance Walsh. He has trained at The Kirov Academy of Ballet, The Harid Conservatory, and Houston Ballet’s Ben Stevenson Academy, where he was awarded the Rudolf Nureyev Foundation Scholarship and the Ben Stevenson Scholarship award. In 2004, he won the first annual gold award from the National Foundation for Advancement in the Arts (NFAA) and was given the Award of Encouragement at the Shanghai International Ballet Competition.

In 2004, Walsh joined Houston Ballet’s company as a member of the corps de ballet. He was quickly promoted to soloist in 2006 and then to principal dancer in 2007.

In recent years, Walsh has expanded his reach into teaching, coaching and choreographing. In 2015, along with fellow Houston Ballet company members Oliver Halkowich and Melody Walsh, Walsh founded REACH—a choreographic project that raises money for arts education in schools.  Following the success of REACH, Walsh and his colleagues were invited to create a world premiere, entitled “What we keep” for Houston Ballet in spring of 2018.