Sonja Tyven, founding faculty member of the School of Dance, has died

Sonja Tyven, a founding faculty member of the School of Dance at the University of North Carolina School of the Arts, died Oct. 31 following a brief illness. She was 90.

Tyven was married to School of Dance Founding Dean Robert Lindgren, who passed away in 2013, for 60 years.  A leading soloist with the Ballet Russe de Monte Carlo and the New York City Ballet, she came to Winston-Salem with her husband when he was invited by President Vittorio Giannini to establish a dance school at the new North Carolina School of the Arts in 1965. Tyven joined Duncan Noble and Pauline Koner on the Dance faculty, teaching ballet, pointe and variations. She eventually became director of the Preparatory Dance Program. 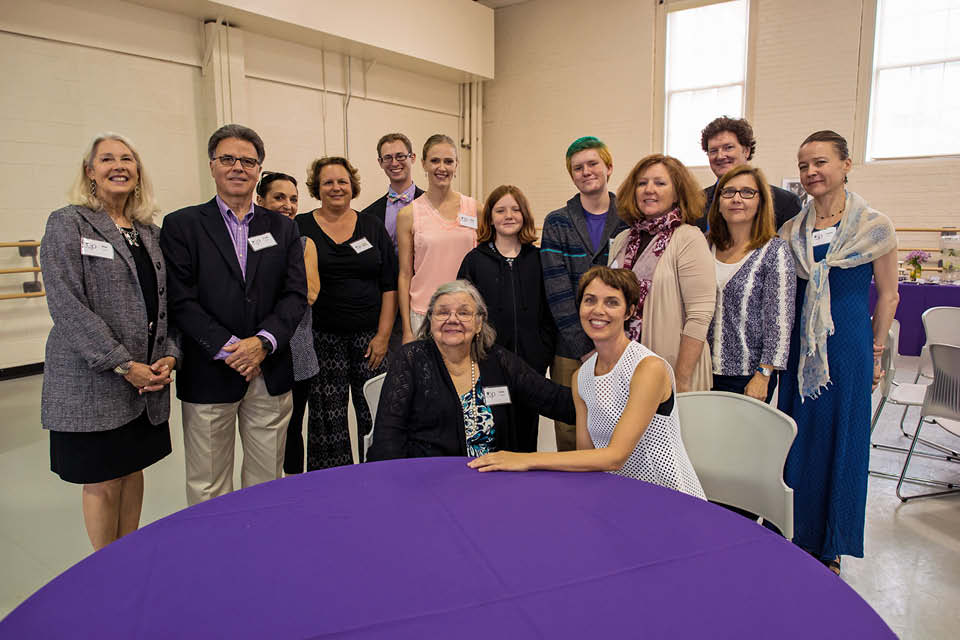 Sonja Tyven, seated at left, with Dean Susan Jaffe, seated at right, and the School of Dance faculty in 2014.

“Sonja Tyven was a driving force in the success of this school as well as the Preparatory School,” UNCSA School of Dance Dean Susan Jaffe wrote to her faculty upon learning the news. “I know many of you will have many fond memories of her. She will be dearly missed. Her legacy lives on in all of you that were touched by her.”

Tyven began her early training with Vecheslav Swoboda and Maria Yurieva, later studying with Igor Schwezoff in New York City and Olga Prebrajenska in Paris. She also studied with George Balanchine at the School of American Ballet.

In 1946 she joined Ballet Russe de Monte Carlo and stayed until 1952, when she married fellow Ballet Russe dancer Lindgren. In 1957, she joined the New York City Ballet, where she remained until she and her husband opened the Lindgren-Tyven School of Ballet in Phoenix, Ariz., in 1959. 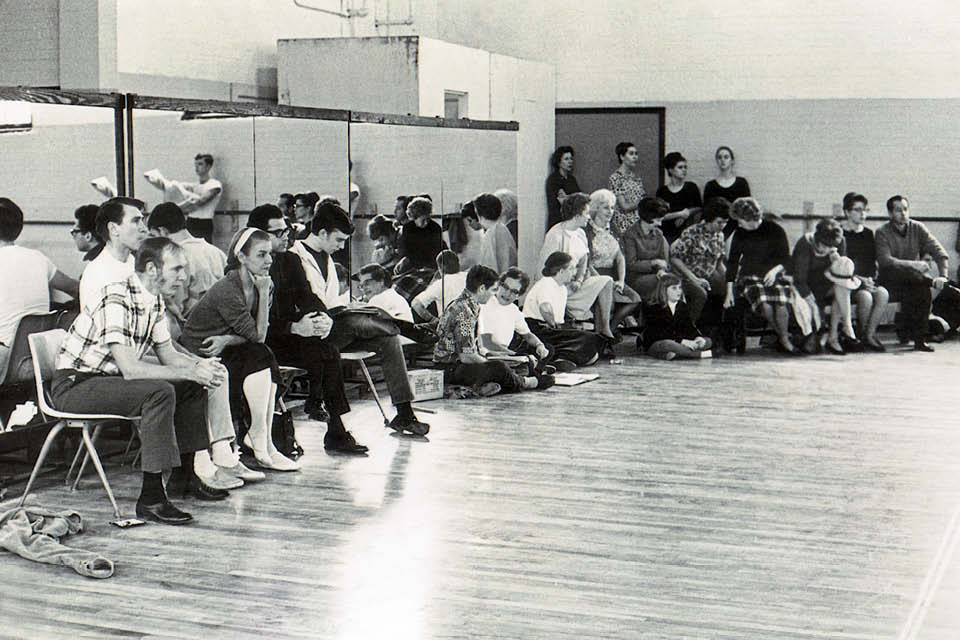 Sonja Tyven, third from left wearing white headband, watches a rehearsal in Studio A, which was renamed Lindgren-Tyven Founders Studio in 2014.

During her career, Tyven worked under the direction of choreographers Leonide Massine and Balanchine and appeared in ballets including “Les Sylphides,”  “Carnival,” “Les Elves,” “Scheherazade,” “Prince Igor,” “Giselle,” “Swan Lake,” and “Gaite Parisienne.” She appeared in numerous Broadway shows including “Me and Juliet,” “Oklahoma!” and “On Your Toes.” She also danced in a number of television shows including Max Liebman Spectaculars and “Omnibus,” choreographed by Agnes de Mille. She and her husband also danced with Alexandra Danilova’s “Great Moments of Ballet” concert tours.

In 1987, Lindgren was invited by Lincoln Kirsten, retiring from the School of American Ballet, to succeed him as president. Lindgren and Tyven moved to New York, where Tyven taught ballet at the 92nd Street Y. They returned to Winston-Salem to retire in 1991.

One of her legacies at UNCSA is the annual production of “The Nutcracker,” which she and her husband choreographed, performed for the first time in 1966 at Reynolds Auditorium. Studio A in Gray Building on campus, a rehearsal studio long used for “Nutcracker” rehearsals, is named the Lindgren-Tyven Founders Studio after the couple.

A service will be held at St. Paul's Episcopal Church in Winston-Salem at 11 a.m. Thursday, Nov. 8. The family asks that in lieu of flowers, memorials be made to the Robert and Sonja Lindgren Scholarship Fund at UNC School of the Arts. Condolences may be made online at Hayworth Miller..