National Broadway tour of "Once" performs Nov. 1 at the Stevens Center

Broadway returns to Winston-Salem with Tony and Grammy Award-winning “Once,” for one show only, at 7:30 p.m. Friday, Nov. 1, at the Stevens Center, 405 West Fourth St. in downtown Winston-Salem. The musical is part of the “UNCSA Presents” 2019-20 season.

“We are excited to offer yet another musical direct from Broadway, where it was popular with both critics and audiences,” said Wiley Hausam, UNCSA’s managing director for performance facilities, who curates “UNCSA Presents.” “All of the ‘UNCSA Presents’ musicals are part of national tours of the Broadway shows, featuring professional actors and musicians. You are getting New York quality at Winston-Salem prices.” 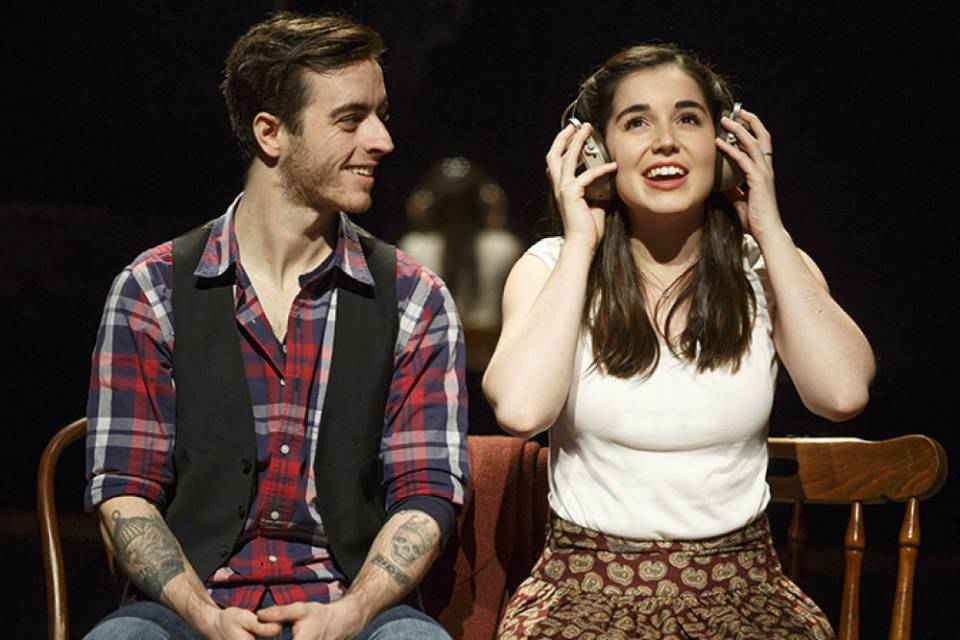 “Once” is set on the streets of Dublin, where an Irish musician and a Czech immigrant are drawn together by their shared love of music. Over the course of one fateful week, an unexpected friendship and collaboration quickly evolves into a powerful but complicated love story.

New York Times Theater Critic Ben Brantley said the Broadway show was “as vital and surprising as the early spring that has crept up on Manhattan. And what was always wonderful about ‘Once,’ its songs and its staging, has been magnified.”

Bloomberg said the Broadway production “remains a rare combination of intelligence, warmth and musicality,” and the Associated Press called it “irresistible.”

The stage production is based on a 2007 film of the same name. The popular ballad “Falling Slowly” won an Academy Award for Best Original Song.

“This is a moving love story that resonates, with beautiful music that endures,” Hausam said.

The film was written by James Carney, an Irish film director, producer, screenwriter and lyricist. Glen Hansard and Markéta Irglová wrote the music and lyrics for both the film and stage production, and Enda Walsh wrote the book for the stage production.

“UNCSA Presents” offers top-notch entertainment by touring professional artists. The current season also includes the national Broadway tour of “The Color Purple” on May 13, 2020. Additional offerings include An Evening with Kathy Mattea on Nov. 16; Amythyst Kiah on March 7, 2020;  Erth’s Prehistoric Aquarium Adventure on March 29, 2020; The Choir of Man on March  31, 2020; and Lula Wiles on Sept. 21, 2020.