“The Cider House Rules,” a stage play based on John Irving’s sweeping saga, will be presented by the School of Drama in a two-part production Nov. 22-24. Quin Gordon, director of recruitment for School of Drama, directs third-year acting students in Peter Parnell’s award-winning stage adaptation of the best-selling novel published in 1985. The production marks the local premiere of a mainstage production in the style of story theater.

On Saturday, Nov. 23, the two parts will be presented back-to-back in a five-hour marathon popularized by stage productions of Charles Dickens’ “The Life and Adventures of Nicholas Nickleby” and J.K Rowling’s “Harry Potter and the Cursed Child.” Each part is ticketed separately ($20 general admission and $15 for students), and tickets are available at the UNCSA box office, online, or by phone at 336-721-1945. “The Cider House Rules” is recommended for mature audiences. 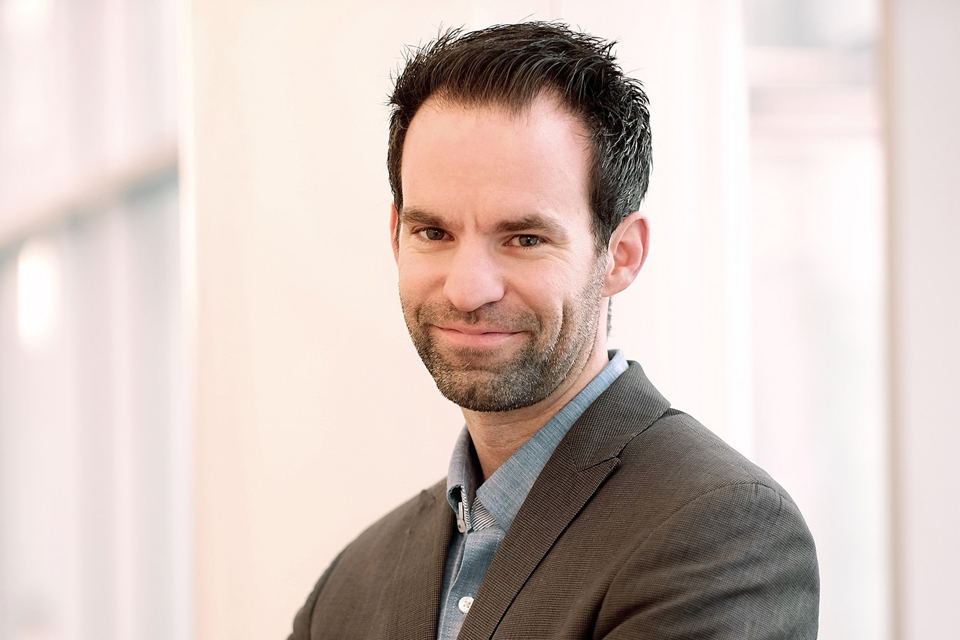 While each of the two parts could stand alone as a theatrical experience, Gordon says the story is most satisfying if seen as a whole. “Part One leaves you really wanting to know what happens next,” he says.

Developed by Paul Sills, the founder of Chicago’s Second City improvisational theater and school, story theater leans heavily on improvisation, using no props and minimal costumes and staging. Actors typically play multiple characters of both genders. Gordon once studied under Sills, and considers himself a practitioner of story theater. He has worked it into the curriculum for students who study directing in the School of Drama.

“The idea of story theater is ‘to make something from nothing’ and leave a lot to the imagination of the audience…letting the viewer fill in any blanks,” Gordon says. “The exciting result: By being as much a part of the play as the performers, you can’t remain passive and, in effect, are ‘complicit’ in the creation of the play.”

Gordon says “The Cider House Rules” naturally lent itself to the style of story theater. “The novel itself is so sprawling, spanning eight decades, with so many characters. Story theater offered a way to get the narrative out,” he says.

The idea of story theater is ‘to make something from nothing’ and leave a lot to the imagination of the audience…letting the viewer fill in any blanks. The exciting result: By being as much a part of the play as the performers, you can’t remain passive and, in effect, are ‘complicit’ in the creation of the play.

Taking place over eight decades in rural New England, “The Cider House Rules” revolves around two characters — Dr. Wilbur Larch, the ether-addicted physician at St. Cloud’s Orphanage and Hospital who delivers unwanted babies and secretly performs illegal abortions, and Homer Wells, a perpetual orphan whose attempted adoptions never “stick.” Homer becomes Larch’s surrogate son, assistant, apprentice, and, eventually, a doctor — after detours of falling in love and working in an apple orchard, where he encounters migrants at the cider house. There, powerless workers are subject to rules imposed by those outside their community.

“The Cider House Rules” stage production had its world premiere in 1996 at the Seattle Repertory Theatre and was later performed in New York by Atlantic Theater Company and in Los Angeles at the Mark Taper Forum, all directed by Tony- and Oscar-nominated UNCSA alumnus Tom Hulce.  In 1998, “The Cider House Rules” won the American Theatre Critics Association New Play Award, and a year later Irving’s novel was made into a two-hour film starring Michael Caine and Tobey Maguire.

Story theater – and “The Cider House Rules” in particular – challenges performers with acting on two levels. “They are acting the part while also telling the story to the audience. That can be tricky to maneuver,” Gordon says. “And they are doing it for multiple characters with minimal costume changes. The actor is creating the different characters vocally and physically.”

Daniel Keenan, who plays Homer, says story theater removes the “fourth wall,” an imaginary boundary between the actor and the audience. “Story theater is so much fun because everything is on the table. You can do anything and everything and it’s all in the service of telling a story,” he says.

The story, which centers on reproductive rights, begins in the 1880s, decades before the 1973 landmark Supreme Court ruling known as Roe vs. Wade made abortions legal in the United States. Just as American culture wrestles with the issues of reproductive rights, so does Homer.

“Homer struggles with wanting to do the right thing, and still follow what the ‘rules’ are,” says Keenan. “And I think he has a lot of pressure from Doctor Larch. But ultimately it’s a decision that he has to make.”

Keenan is one of two actors in the play who portray a single character. Graham Baker performs the role of Wilbur Larch. The other 14 actors play more than 60 characters. As is typical in story theater, UNCSA’s production of “The Cider House Rules” incorporates live music, performed on stage by first-year Drama students Rachel Walker, piano, and Caroline Farley, violin. Hudson Waldrop, a sound designer in the School of Design and Production, composed music for the production.

Gordon was interested in directing “The Cider House Rules” because it dealt with a timely subject.  The unfolding of this still-timely saga is at once whimsical and funny, sad and shocking, but guaranteed to entertain and be thought-provoking, Gordon says. “As often as not, the company and the theatergoers will be left with more questions at the end than they started with.”