“UNCSA Presents,” the professional arts programming initiative, is the state’s exclusive host for a three-part virtual concert series, “Live from the West Side: Women of Broadway,” featuring two-time Tony Award winner Patti LuPone on Oct. 24, Tony Award winner Laura Benanti on Nov. 14, and critically acclaimed actress and chart-topping recording artist Vanessa Williams on Dec. 5.  Each livestream will begin at 8 p.m. The performers have appeared on television and in film in addition to headlining some of Broadway’s best-selling musicals.

Tickets are $75 for the series or $30 for individual events, and are on sale online. Tickets provide access to the livestream events, plus 72 hours of on-demand viewing of a video recording of the livestream, available beginning one hour after each live broadcast ends. At-home audience members will be invited to email questions for the stars in advance to be answered by the artists during the livestream.

This is a rare opportunity to enjoy live performances by Broadway’s leading ladies from the comfort of your own living room.

Each show, transmitted live in high definition with professional sound mixing, will feature a mix of Broadway show tunes, pop songs, and personal stories from the life of each headliner. Performances will be streamed live from The Shubert Virtual Studios on Manhattan’s West Side.

“We are thrilled to offer this world-class entertainment to our community,” said Wiley Hausam, UNCSA’s managing director of performance facilities, who curates “UNCSA Presents.” “This  is a rare opportunity to enjoy live performances by Broadway’s leading ladies from the comfort of your own living room.”

Hausam said the performers are also beloved by those who have never seen a Broadway show. “Collectively they have appeared on every major television network and streaming platform and in feature films,” he said. “They’ve been recognized by all of the top awards organizations in the industry, including the Tonys, Emmys, Grammys, Golden Globes, Critics Choice, Screen Actors Guild and the NAACP Image Awards.”

The livestreams, which are a coproduction of Dallas Summer Musicals and Entertainment Benefits Group, are being shared by more than 20 nonprofit arts presenters around the country.

The recipient of a Downtown Excellence Award from the Downtown Winston-Salem Partnership, “UNCSA Presents” brings world-class, professional live entertainment to audiences in the Piedmont Triad. The series was honored for its positive impact on the community. Previous offerings at the historic Stevens Center have included Grammy Award-winning singer and songwriter Kathy Mattea, comedian Maria Bamford, female Mariachi band Flor De Toloache, and the national tours of the Broadway musicals “Kinky Boots” and “Once.” 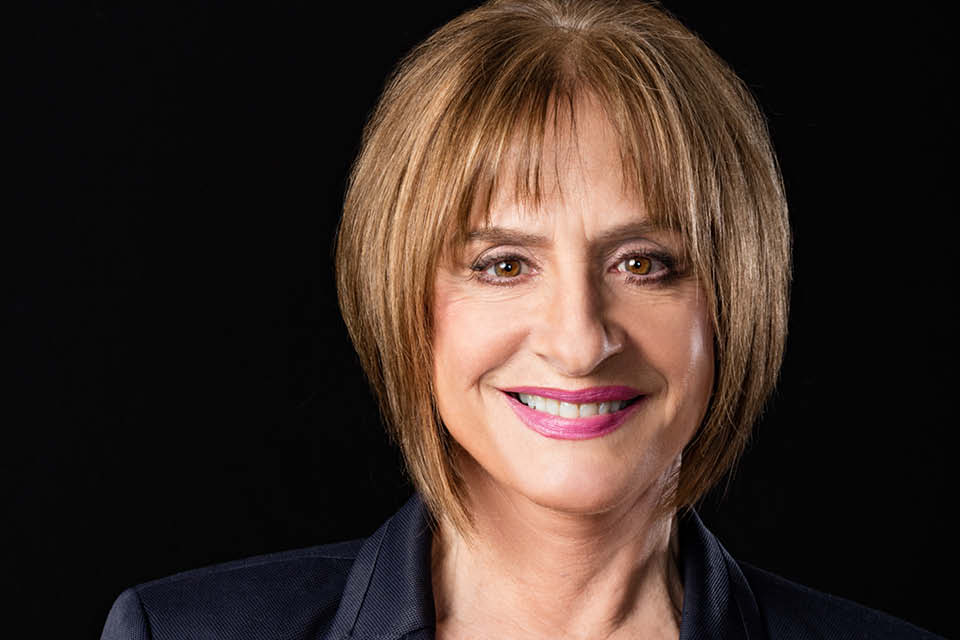 Patti LuPone will perform in a livestream concert on Oct. 24. / Photo: Axel Dupeux

Patti LuPone can currently be seen on Netflix as Avis Amberg in Ryan Murphy’s series “Hollywood” and recently won the Olivier and WhatsOnStage awards for her performance as Joanne in Marianne Elliott’s production of the Stephen Sondheim-George Furth musical “Company” in London’s West End.

Her recent New York stage appearances include the Scott Frankel-Michael Korie-Douglas Wright-Michael Grief musical “War Paint” (Tony, Drama Desk and Outer Critics Circle award nominations for Best Actress in a Musical); Douglas Carter Beane’s new play “Shows For Days,” directed by Jerry Zaks at Lincoln Center Theater; her debut with the New York City Ballet as Anna 1 in their new production of “The Seven Deadly Sins”; Joanne in the New York Philharmonic’s production of “Company”; David Mamet’s “The Anarchist”;  and Lincoln Center Theater’s production of the musical “Women on the Verge of a Nervous Breakdown,” for which she was nominated for Tony, Drama Desk and Outer Critics Circle awards.

She won Tony, Drama Desk and Outer Critics Circle awards for Best Actress in a Musical and the Drama League Award for Outstanding Performance of the Season for her performance as Madame Rose in the most recent Broadway production of “Gypsy.” Her other stage credits include appearances with the Los Angeles Opera in their new production of John Corigliano’s “The Ghosts of Versailles” and Weill-Brecht’s “Mahagonny” (debut); the world premiere of Jake Heggie’s opera “To Hell and Back” with San Francisco’s Baroque Philharmonia Orchestra; Mrs. Lovett in John Doyle’s production of “Sweeney Todd” (Tony, Drama Desk, Outer Critics Circle nominations, Drama League Award for Outstanding Contribution to Musical Theatre); the title role in Marc Blitzstein’s “Regina”; a musical version of Lillian Hellman’s “The Little Foxes” at the Kennedy Center;  Fosca in a concert version of “Passion,” which was also broadcast on PBS’ “Live From Lincoln Center”;  a multicity tour of her theatrical concert “Matters of the Heart”; the City Center Encores! productions of “Can-Can” and “Pal Joey”; the New York Philharmonic’s productions of “Candide” and “Sweeney Todd” (New York Philharmonic debut); and performances on Broadway: Michael Frayn’s “Noises Off”; David Mamet’s “The Old Neighborhood”; Terrence McNally's “Master Class”; with her dear friend Mandy in “An Evening with Patti LuPone and Mandy Patinkin”; and in her own concert “Patti LuPone On Broadway.”

A graduate of the first class of the Drama Division of New York’s Juilliard School and a founding member of John Houseman's The Acting Company in which she toured the country for four years, her subsequent New York credits include Dario Fo's “Accidental Death of An Anarchist”; David Mamet's “The Water Engine,” “Edmond” and “The Woods”;  and Israel Horovitz' “Stage Directions” and performances in the musicals “Anything Goes” (Tony Award nomination, Drama Desk Award); “The Cradle Will Rock”; “Oliver!”; “Evita” (Tony and Drama Desk awards- Best Actress in a Musical); “Working”; and “The Robber Bridegroom.”

Since 2000 she’s appeared regularly at the Ravinia Festival, first in its Sondheim series when she starred as Mrs. Lovett in “Sweeney Todd,” Desiree in “A Little Night Music,” Fosca in “Passion,” Cora Hooper in “Anyone Can Whistle,” Madame Rose in “Gypsy” and in two different roles in “Sunday in the Park with George.” Her subsequent appearances there include a reprise of her performance in Heggie’s “To Hell and Back,” a concert performance of Weill’s “The Seven Deadly Sins” and starring in the title role in a concert production of “Annie Get Your Gun.”

In London, she won the Olivier Award for her performances as Fantine in the original production of “Les Miserables” and in the Acting Company production of “The Cradle Will Rock.” She also created the role of Norma Desmond in “Sunset Boulevard,” for which she was nominated for an Olivier Award, and recreated her Broadway performance of Maria Callas in “Master Class.”

Recordings include: “Don’t Monkey with Broadway”; “Far Away Places”; “Patti LuPone at Les Mouches”; “The Lady with the Torch”; and many original cast recordings including, most recently: the London production of “Company”; “War Paint”; “Women on the Verge of a Nervous Breakdown”; “Gypsy”;  and “Sweeney Todd” (both the 2006 Broadway revival cast recording and 2000 live performance recording on New York Philharmonic’s Special Editions Label).

She is the author of The New York Times Best Seller “Patti LuPone: A Memoir.” 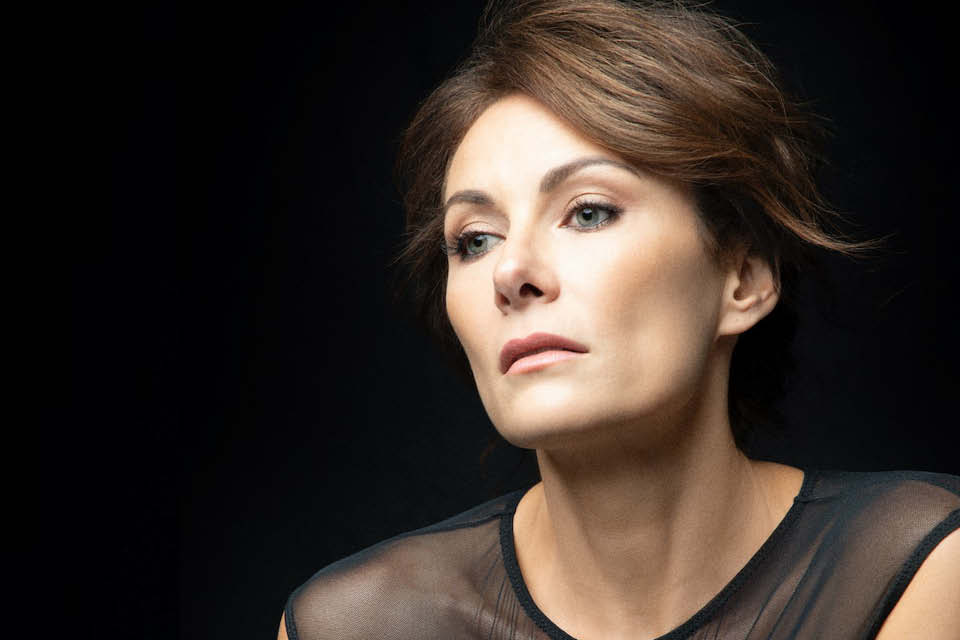 Laura Benanti will perform in a livestream concert on Nov. 14.

In the midst of an illustrious career spanning Broadway, film, and television, Tony Award-winning actress, singer, author and activist Laura Benanti now brings a longstanding dream to life as she gears up to release new solo music with Sony Music Masterworks.

With Broadway credits ranging from the “My Fair Lady” revival and Steve Martin’s “Meteor Shower” to “She Loves Me,” Benati garnered a Tony Award in the category of Best Featured Actress in a Musical for the 2008 production of “Gypsy” — among five career nominations to date. Meanwhile, her performance in “Women on the Verge of a Nervous Breakdown” would be honored with the Drama Desk Award and Outer Critics Circle Award for Best Featured Actress in a Musical. Simultaneously, she enchanted audiences on the small screen, appearing on “Younger,” “Supergirl,” “Nashville,” “The Good Wife,” “Nurse Jackie,” and more, in addition to films including “Worth” and the upcoming “Here Today.” Benanti recently released a book for moms entitled “M is for MAMA (and also Merlot): A Modern Mom’s ABCs,” available now on Amazon.

Early this spring, she created an empowering campaign titled #SunshineSongs, which invited students whose school musical productions were canceled this year due to the pandemic to share videos of the performances they were not able to give, on social platforms. As chronicled by “Good Morning America,” she generated 4 million impressions and received over 10,000 submissions, attracting celebrities like Lin-Manuel Miranda and Jennifer Garner to join the campaign. Additionally, she invited students to contribute songs to her free “Sunshine Concerts” for senior living communities and children’s hospitals. The campaign’s success further grabbed the attention of HBO Max which recently partnered with Benanti to release a musical documentary special featuring students from across the country entitled “Homeschool Musical: Class Of 2020,” set to release this fall. 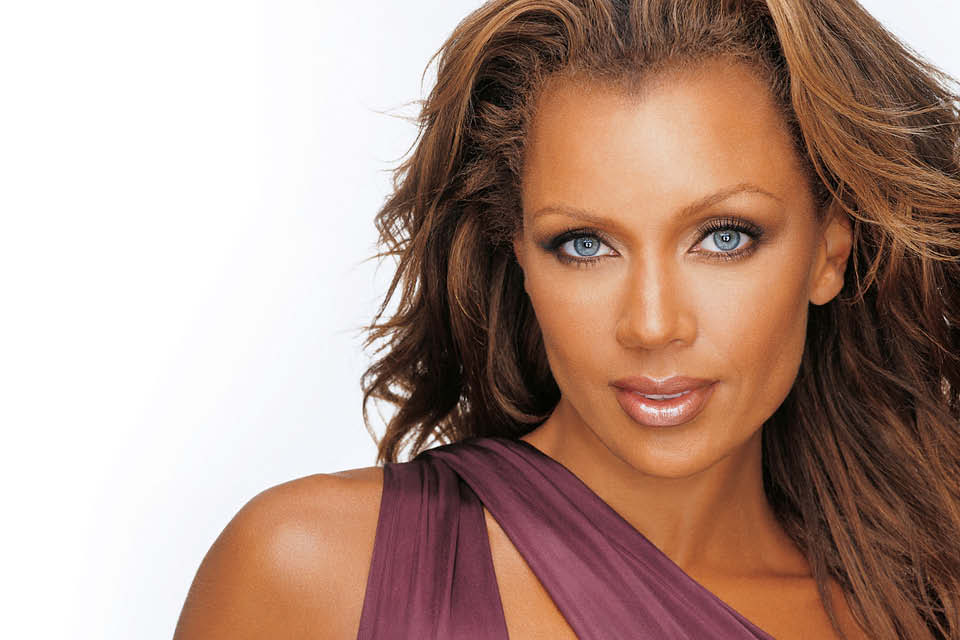 Vanessa Williams will perform in a livestream concert on Dec. 5. / Photo: Rod Spicer

Vanessa Williams is one of the most respected and multifaceted performers in the entertainment industry today. Having sold millions of records worldwide, she has also achieved numerous No. 1 and Top 10 hits on various Billboard Album and Singles charts: Pop, Dance, R&B, Adult Contemporary, Holiday, Latin, Gospel and Jazz.

A graduate of Syracuse University, Williams is a strong advocate for equal rights, especially concerning the LGBTQ+ community and minorities. She was honored with the Human Rights Campaign Ally for Equality Award for her humanitarian contributions. She also achieved a career pinnacle with a star on the Hollywood Walk of Fame in 2007.

Her autobiography, “You Have No Idea,” cowritten with her mother, Helen Williams, was a New York Times Best Seller in 2012. Her recent Broadway credits include co-starring with Cicely Tyson in “The Trip to Bountiful,” (the No. 1 play of the 2013 season), “After Midnight” (2014), and a special limited engagement in “Hey, Look Me Over” at New York City Center in 2018. Williams was recently in previews for Josie Rourke's “City of Angels” in London's West End, when production was suddenly forced to pause due to COVID-19.

She is the mother of four: Melanie, Jillian, Devin and Sasha. Her charitable endeavors are many and varied, embracing and supporting such organizations as Concerts for America, Special Olympics and several others as well as the Elizabeth Taylor AIDS Foundation.

Williams is one of the world’s most accomplished concert artists, appearing regularly with the most prestigious symphony orchestras in the world, most recently with the National Symphony Orchestra at The Kennedy Center.

She is exclusively managed by the Sterling Winters Company (SWC) / kathy ireland® Worldwide.