"Inheritance: A Work in Progress" will be presented Oct. 28-31 outdoors at the Brookstown Inn

UNCSA presents a unique live theatrical experience with “Inheritance: A Work in Progress,” a work of devised theater exploring timely themes of isolation, identity, relationships and mental health. It will be presented outdoors in person at 7 p.m. Wednesday through Saturday, Oct. 28-31, in the courtyard of the historic Brookstown Inn, 200 Brookstown Ave.

Admission will be limited, with outdoor seating arranged to accommodate social distancing for individuals, couples and groups. Each performance will last approximately 50 minutes, followed by a brief talk-back with the cast, directors and designers. Tickets are free, but reservations are required. Reserve online, or call the Box Office at 336-721-1945.

During “Inheritance: A Work in Progress” (which had an original working title of “The Windows Project”), audiences will observe six characters, played by actors from the School of Drama, through windows of the 1837 Brookstown Inn as they reveal a narrative developed collaboratively by the students under the direction of Drama faculty member Andy Paris, an Emmy-nominated pioneer of devised theater. Upon entering the outdoor location, audiences will experience an environment of sights, sounds and smells reflecting urban life, created by students from the School of Design & Production. 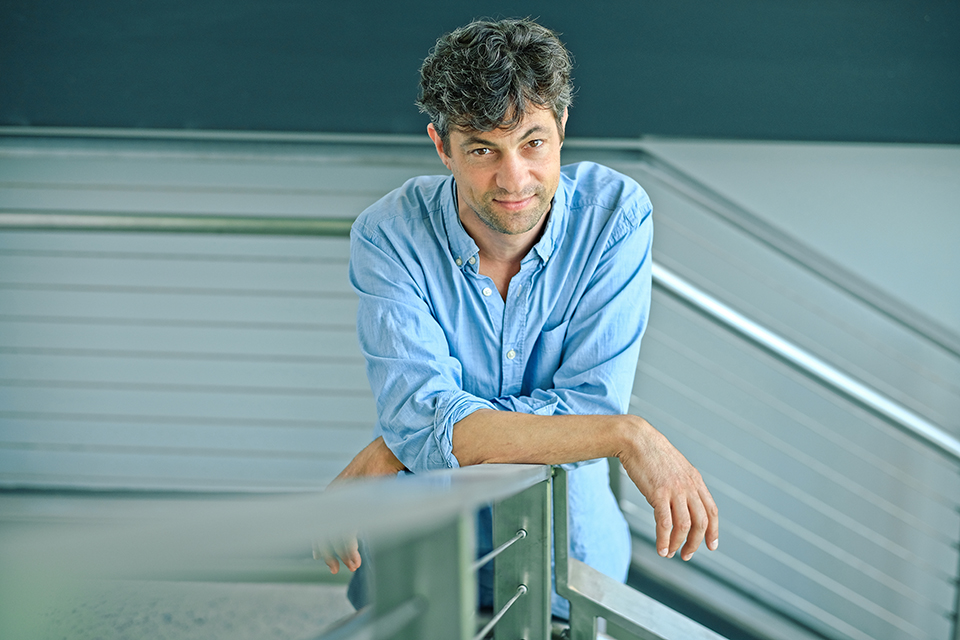 Recent events surrounding COVID-19 provided fertile ground for the students tackling a devised theater project, in which the script is developed by the artists working together.

“In isolation we often struggle with ourselves and the people around us; it can be a pressure cooker,” Paris said in describing the premise around which students are developing the work. “Meanwhile outside our windows, something is brewing – protests, a pandemic, an election, climate change and weather events. It can feel like the world is on fire and everything is crumbling. Do we have power to change any of that?”

Devised theater has been a focus of the School of Drama since 2018 when Dean Scott Zigler incorporated it into the acting curriculum and hired Paris to teach it. Earlier in his career, Paris helped to create the 2000 production of “The Laramie Project,” a signature work of the Tectonic Theater Project. A 2002 television movie version was nominated for four Emmy Awards, including outstanding movie and outstanding writing for a movie.

Devised theater uses “languages beyond words” ̶ lighting, sound, body movements, props and costumes  ̶ to create a narrative. “Rather than writing a text first and then finding form for that text, often in a devising process the company (designers, actors, technicians, all) will collaborate to find the form first, and then text will be written in conversation with that form; form and content comingling to organically evoke meaning, ask questions and tell stories,” Paris explained.

Rather than writing a text first and then finding form for that text, often in a devising process the company (designers, actors, technicians, all) will collaborate to find the form first, and then text will be written in conversation with that form; form and content comingling to organically evoke meaning, ask questions and tell stories.

“There are more and more companies that are working in this manner,” he said. “Many directors expect actors to be able to work this way.”

Zigler added, “It also empowers students to create their own work and form their own companies. This type of experiential work also allows for the flexibility required to present live performance amid the limitations of COVID-19.”Zigler said devised theater “is probably the fastest growing type of production being done in the American theater, (so) it makes sense that students should enter the profession with the skills necessary to participate in this kind of work.”

Michael Kelley, dean of the School of Design & Production, said devised theater is a popular form for designers as well. “Students are falling over themselves to work in the maker’s space of devising,” he said. “They want to work in a way that is more personal and engaged, and they want to leave with ownership of the product, to be able to say, ‘We developed this together.’ It will enable our designers to be better storytellers.”

Scenic Designer Romello Huins jumped at the opportunity to work on the devised theater project. “It is building theater from the ground up,” he said. “The process was unorthodox due to COVID-19 protocols. All of the designers couldn’t be present in the room to view how the actors embody the characters and the spaces they inhabit. Zoom was a savior during this process. It was beautiful to see the extended level of communication and collaboration throughout all departments.”

Huins says his work on “Inheritance: A Work in Progress” taught him the importance of small details in scenic design, a lesson that will inform future design on many types of projects. “It’s the small details that count the most,” he said. For “Inheritance: A Work in Progress,” mirrors emerged as a design element during the collaborative process. “Each scene has at least one mirror. One performer has eight mirrors in their scene,” Huins said. “Mirrors allow the audience to see the performer, in whole or in parts, from all different angles.”

“Inheritance: A Work in Progress” was developed from an original concept by Dramaturg and Assistant Director Eliza Kelley, a 2017 graduate of UNCSA’s High School Drama Program and local resident who is majoring in devised theater at Boston Conservatory. While moving into her first apartment in Boston, she was struck by the sights, sounds and smells of the urban residential environment.

"How do people act when there is no one watching?” she wondered at the time. That experience came to mind amidst the COVID quarantine. “Everyone was isolated, stuck in our spaces, while the world kept going beyond our windows,” she said. “How do we deal with that?”