A still from "The Women of Colour Project," a 40-minute documentary directed by two School of Drama students.

Growing up, Vittoria Alonso and Bailey James did not see themselves represented in most of the films and television shows they watched. Now, as students training in the School of Drama to become professional actors, representation in casting and creative projects is constantly top-of-mind for both women. It directly affects the quality and range of opportunities that are available. Inspired by the idea of representation, Alonso and James did what many artists before them have done and created their own project in an effort to show the world what they are capable of.

From dreams to reality

“It all started with a conversation,” explains James, a second year student from Dallas, Texas. Alonso, a first-year student from Miami, Florida, started speaking with James in September 2020 about their collective frustrations on “various topics connected with being a woman of color” and the possibility of collaborating on a project Alonso was in the initial stages of developing. “I was initially inspired by the concept of Disney princesses and how growing up, none of them looked like me,” says Alonso.

The original vision for the project featured a photoshoot of women of color dressed as white Disney princesses. Participants included five Drama students: Aisha Sougou as Belle, Shreya Muju as Aurora, Belle Le as Cinderella, Bailey James as Ariel and Vittoria Alonso as Snow White. “We wanted all of the women of color in the audience to be able to see a woman that looks like them and that they can identify with,” says Alonso of the casting. “We tried to select from a pool of very diverse women.”

We wanted all of the women of color in the audience to be able to see a woman that looks like them and that they can identify with.

Vittoria Alonso, co-director of "The Women of Colour Project"

After casting and conceptualizing, the pair reached out to friends they knew who were students in the School of Filmmaking that might be interested in collaborating. Producer Cherise Honoré, editors Patrick Morris and Mariah Manning, composer Nathan Shanahan and director of photography Juliana Rella helped to bring the project to life.

Also among the collaborators were students from the Wig and Makeup Design program in the School of Design and Production. Lead makeup designer Dylan Silver also served as a makeup artist along with Ryn Maiorana. The hair design was done by Heather Hardin who worked with Ashley Wise as a hair artist.

Drama student Grace Steckler served as the costume designer for the project and created reimagined outfits that were inspired by the original animated princess dresses, mixed with elements of camp. The inclusion of camp was an attempt to “acknowledge that a lot of our style, colloquialisms and vernacular has evolved from Black trans culture,” explains James.

It’s the journey, not the destination

What was originally intended to be a photoshoot of the students dressed as the princesses, with a short video talking about a lack of representation in the media they were exposed to growing up, evolved into a 40-minute documentary centering on the lived experiences of the five women. “Once we reached the editing process and our editor started listening to the stories, he felt that the interviews consisted of very meaningful points-of-view and could be the focus of the project” adds James.

The new concept intrigued the duo, who ultimately decided they wanted to create a film that provided an outlet for women of color to be able to speak out on topics that they've never been invited to speak about before. “We are so much more than what we’re not,” says James. “We are so much more than comparing ourselves to white Disney princesses” though they explain that the princess outfits are still a part of the documentary as a nod to the original inspiration for the project. 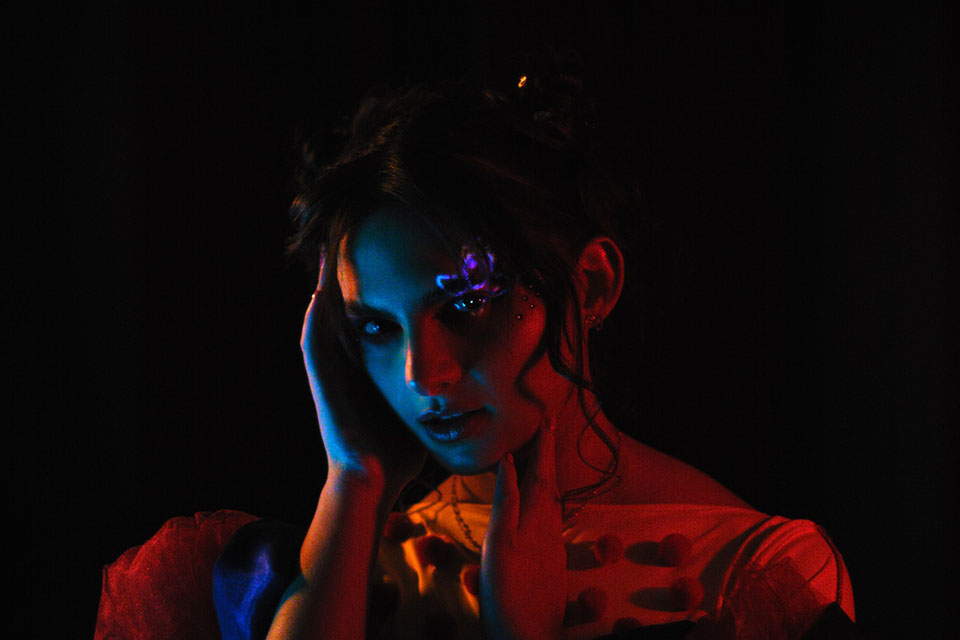 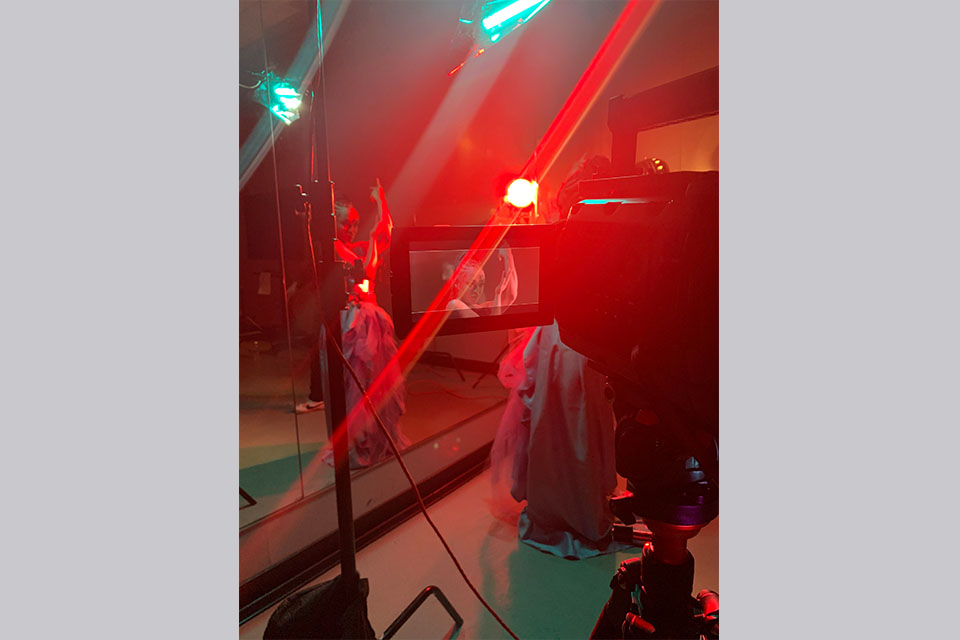 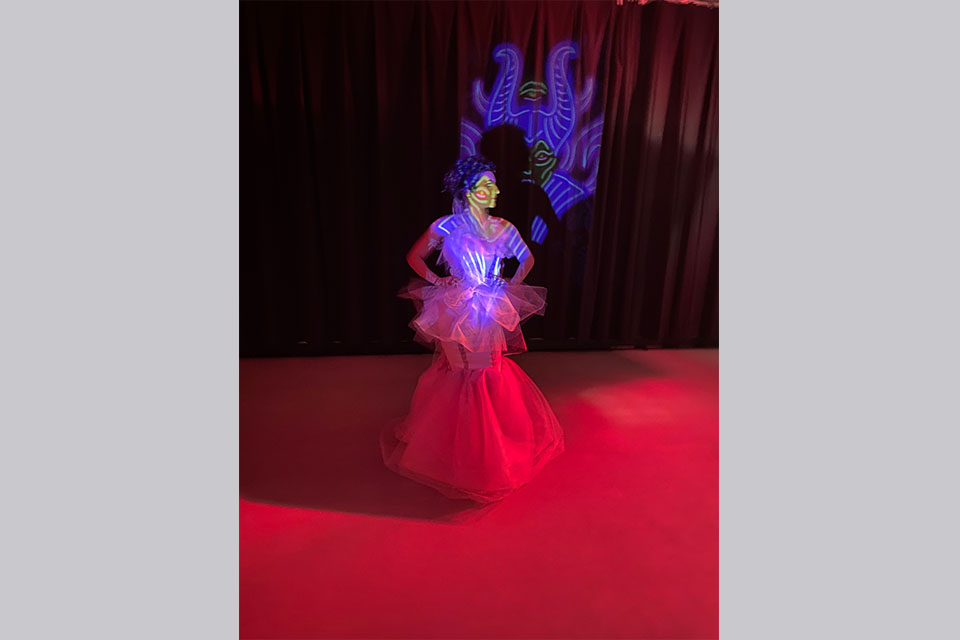 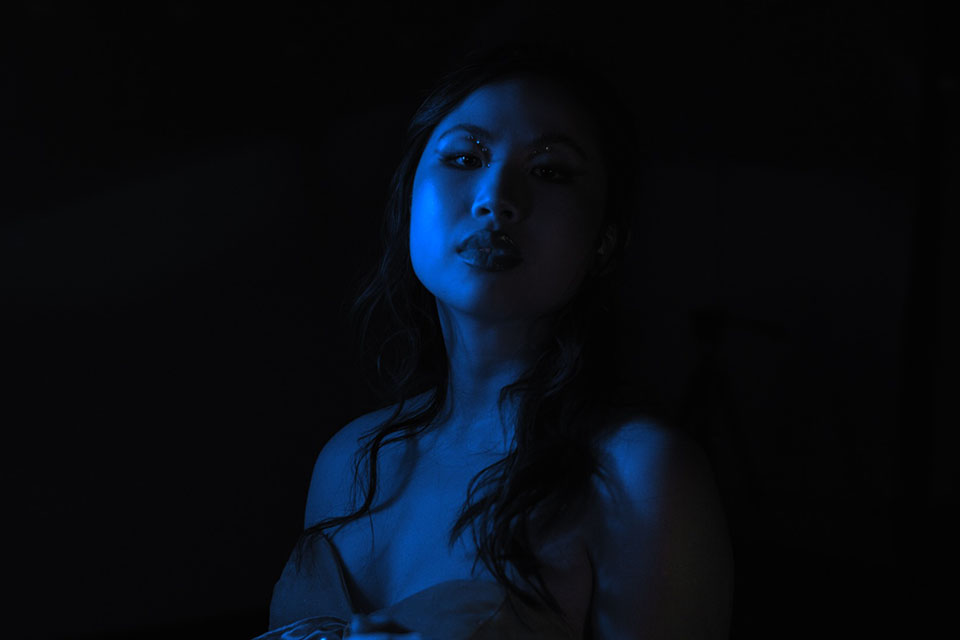 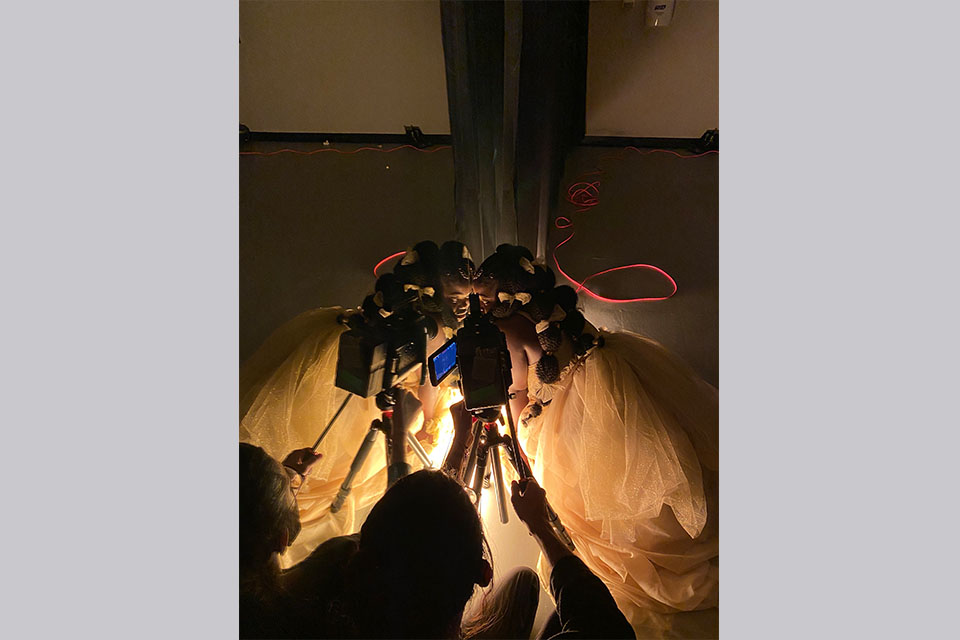 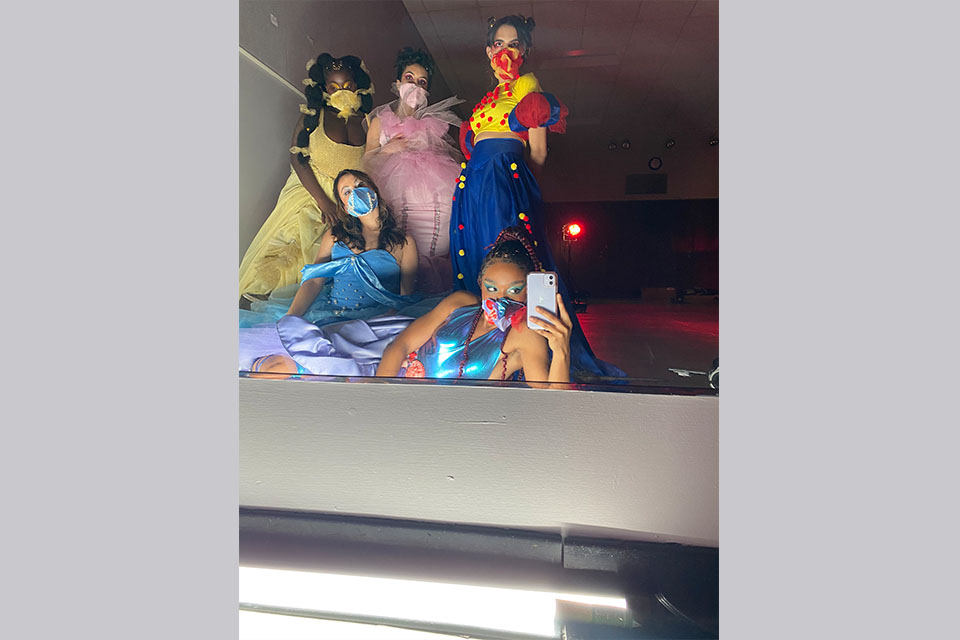 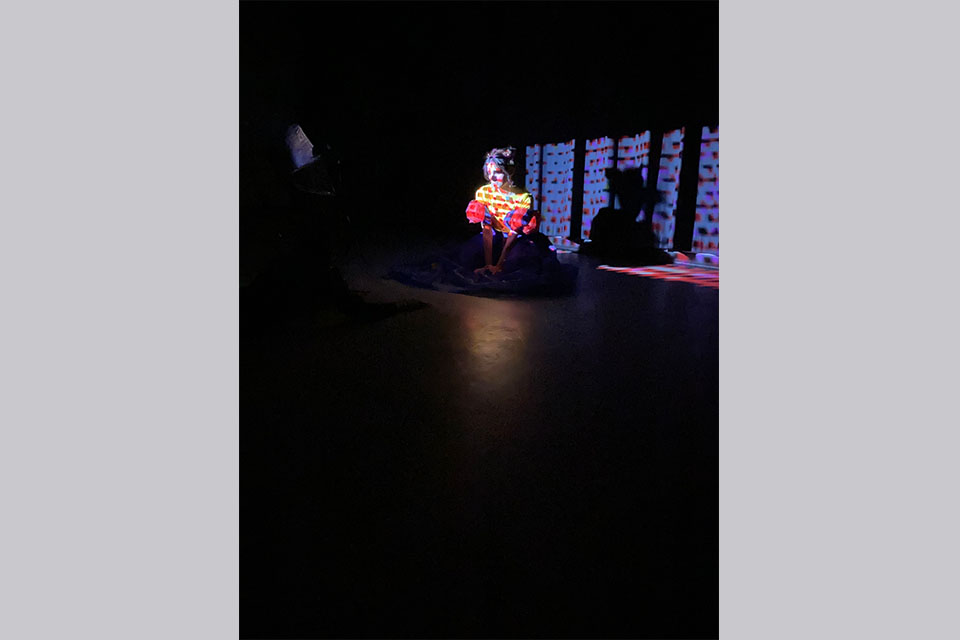 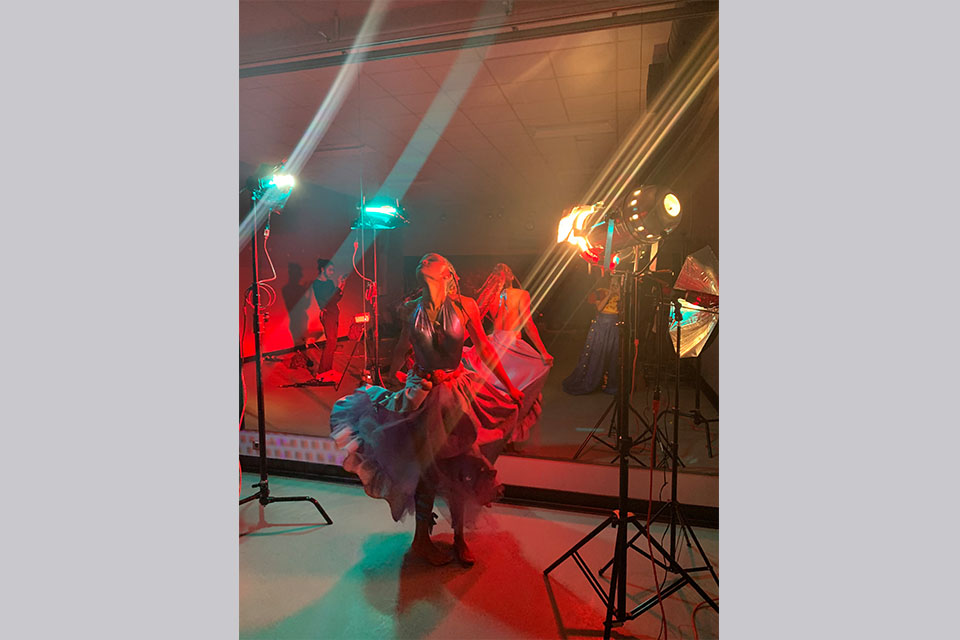 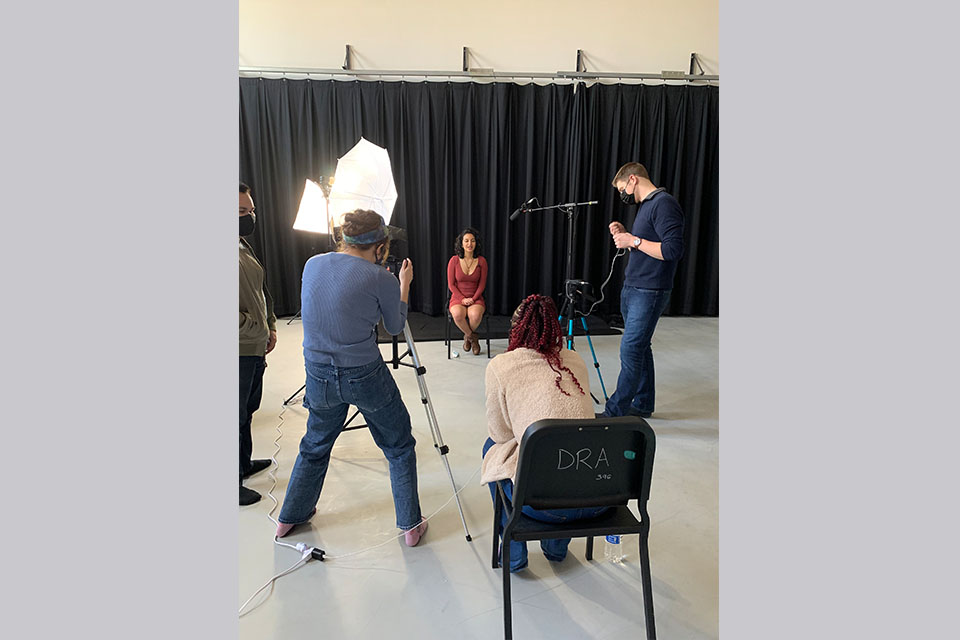 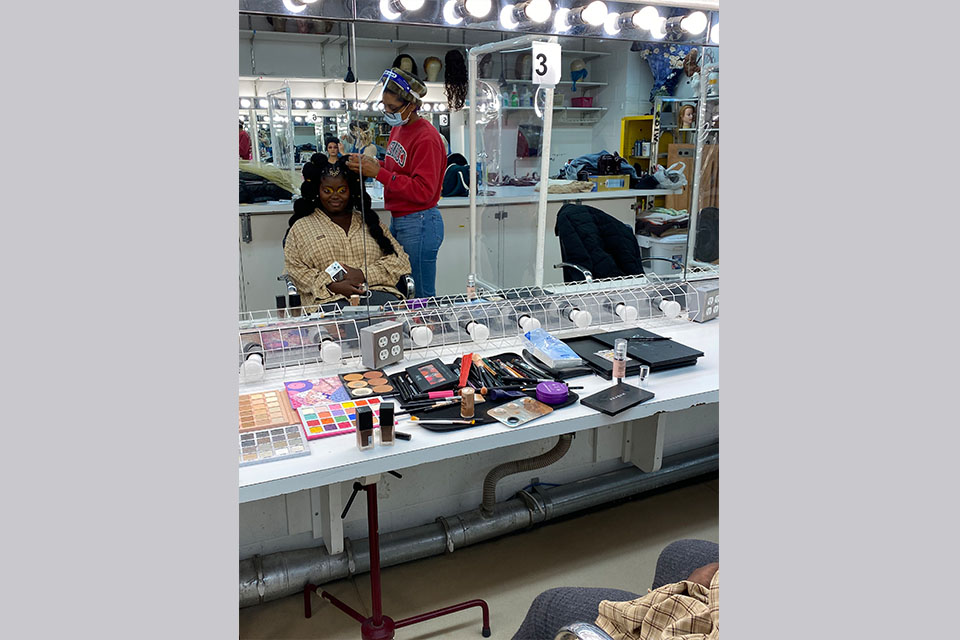 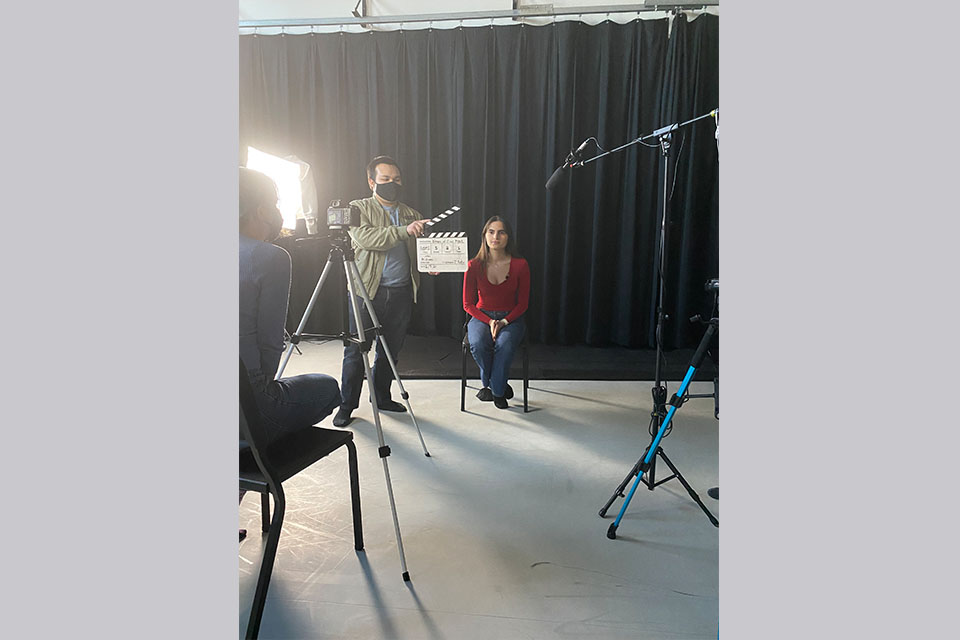 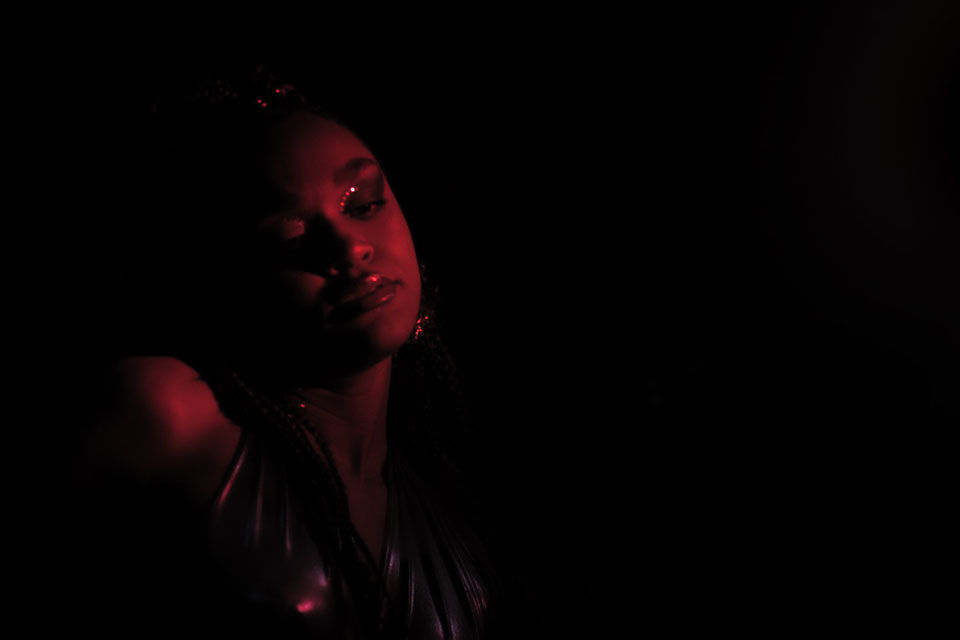 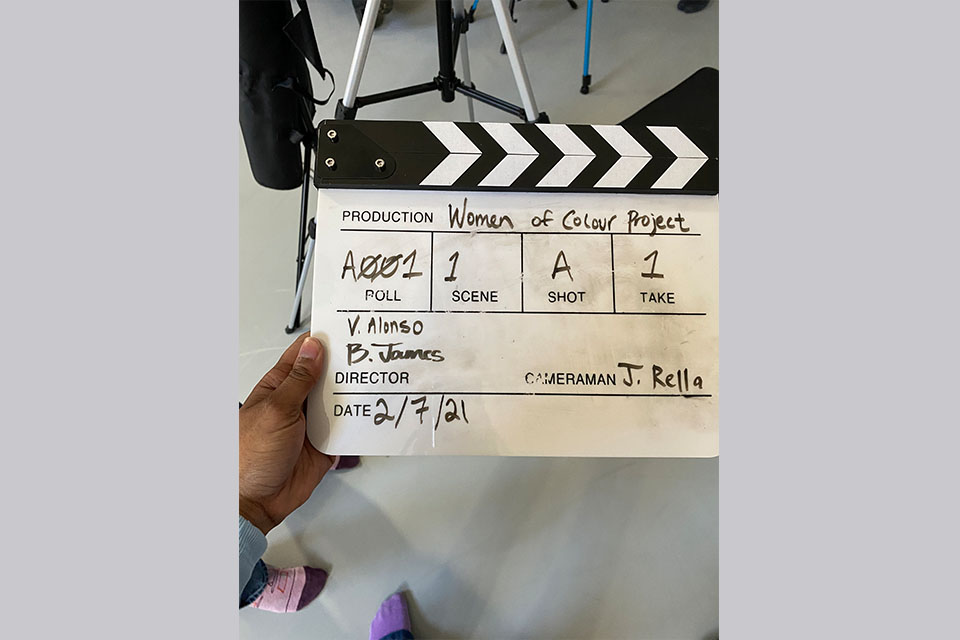 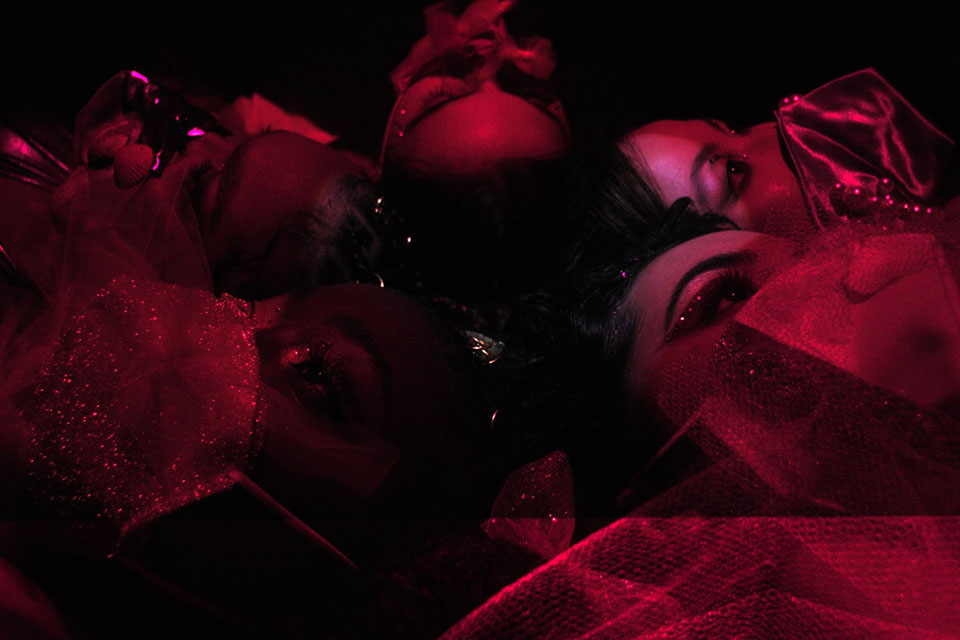 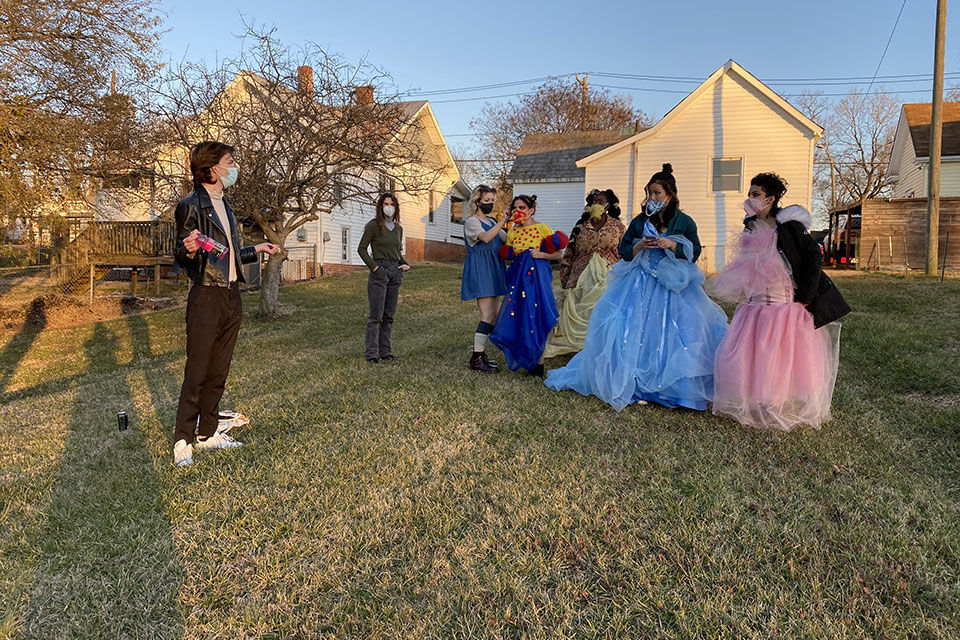 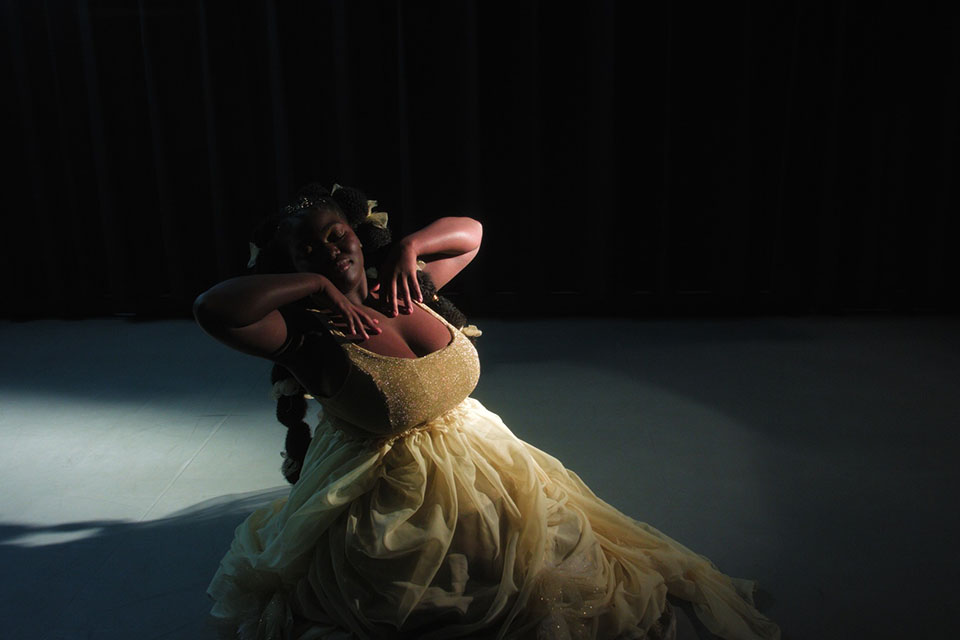 Another important component of the film that developed during production was Alonso’s realization of her identity and her coming out process as a queer woman. While making the production, Alonso went out of her way to “search for art that told queer stories, especially queer stories that showcased POC” and started reflecting on how a lack of representation of these stories affected her upbringing.

James encouraged Alonso to share her coming out journey through the film to further highlight how identities intersect and how representation goes beyond race and ethnicity. Alonso was nervous at first.“You're sharing something that's so fresh and so vulnerable,” says Alonso, adding that “it was without a doubt the scariest thing I've ever done in my life.” “But the number of people who came up to me after the screening who said they felt seen for the first time made it all worth it,” she concludes.

Overcoming challenges and looking ahead

Alonso and James both agree that the entire project was one big learning experience, and that it was through a combination of research, hard work and guidance from friends that they were able to create a documentary of this scale. However, a major roadblock appeared halfway through the filmmaking process when the crew got some unexpected news. Due to the COVID-19 pandemic, School of Filmmaking students were no longer able to work on any projects that were not connected to coursework in an effort to limit the potential risk of exposure for students.

Initially crushed and worried that the project would not be able to continue, Alonso and James were connected with alumnus Robindeep Singh (B.F.A. Filmmaking ‘20) who was inspired by their creative vision and stepped in to help complete the documentary as director of photography and a production sound mixer. With Singh’s help, Alonso and James completed the film in time for their opening screening on campus. And due to demand, they’ve added a second screening for UNCSA students on May 8, before the semester ends.

Don’t be afraid to take up as much space as you’re entitled to.

Bailey James, co-director of "The Women of Colour Project"

Alonso and James plan to submit “The Women of Colour Project” to film festivals, and both hope for this to be one of many directing projects throughout their careers.

When considering advice to other students who may be inspired to create their own project, Alonso says “don’t take no for an answer.” She adds that artists looking to create meaningful work need to “find something that's important to them, something that drives them and roll with it.” “Don’t be afraid to take up as much space as you’re entitled to,” says James. “Work with more people that inspire you and push you, because ultimately they will make you a better artist.”