The School of Filmmaking will premiere 12 films by graduating seniors in a free drive-in screening at 8 p.m. Friday, May 21, at Marketplace Cinemas, 2095 Peters Creek Parkway. The films will also be available on demand Friday through Sunday, May 21-23.

The drive-in screening is free, but registration is required to reserve space. Register online or by calling the box office at 336-721-1945.

Produced with COVID-safe protocols adopted by the industry, the exceptional work includes narrative and animated projects.

“The School of Filmmaking is pleased to present these remarkable films by our fourth-year students for a limited time before these films are launched into the festival circuit,” said Interim Dean Dale Pollock. “All of our students have worked very hard under unusual circumstances this year to bring their creative visions to life. Congratulations to the graduating seniors, and to our faculty mentors who have guided and inspired them.”

More about the fourth-year films 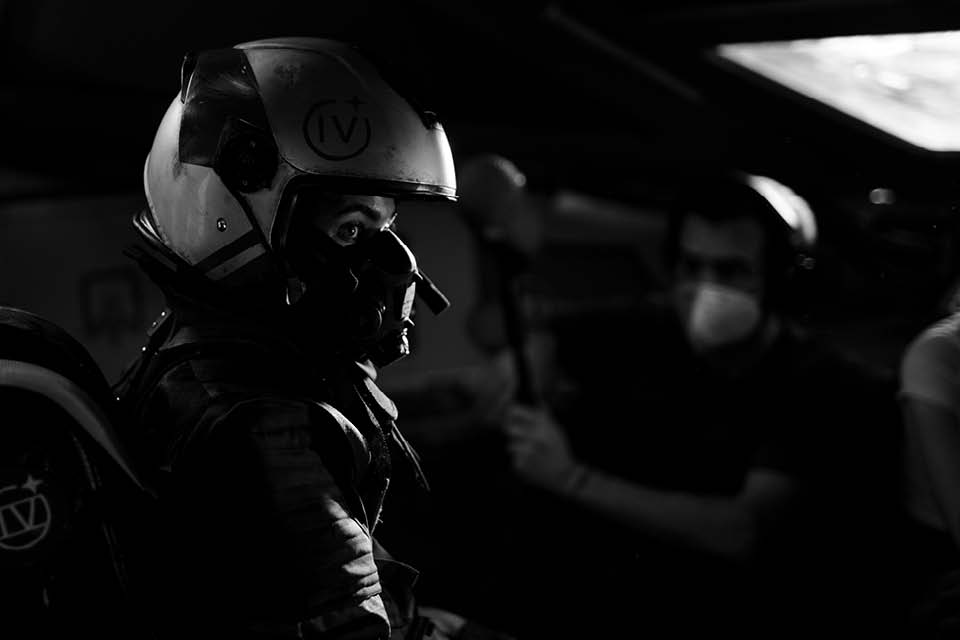 After crash landing on an unpopulated planet, a lone pilot forms a connection with their flight computer while trying to escape.

“Deepwater Sponger” (narrative)
In an alternate 1927 destroyed by pollution, a diver ventures into the Earth’s mysterious ocean to find its last cache of fresh water and save humankind. His treacherous descent brings him face-to-face with untold horrors, forcing him to decide how much he’s willing to sacrifice for the sake of the mission.

Dan reluctantly heads into his asbestos-ridden childhood home at the insistence of his fiancée, Zoe, in order to find a family heirloom wedding ring. Rummaging through the derelict house, Dan hears the voice of the house itself, reigniting a long-lost romantic and sexual passion. Dan is now forced to find balance between the loves of his future and his past: Zoe and his house. 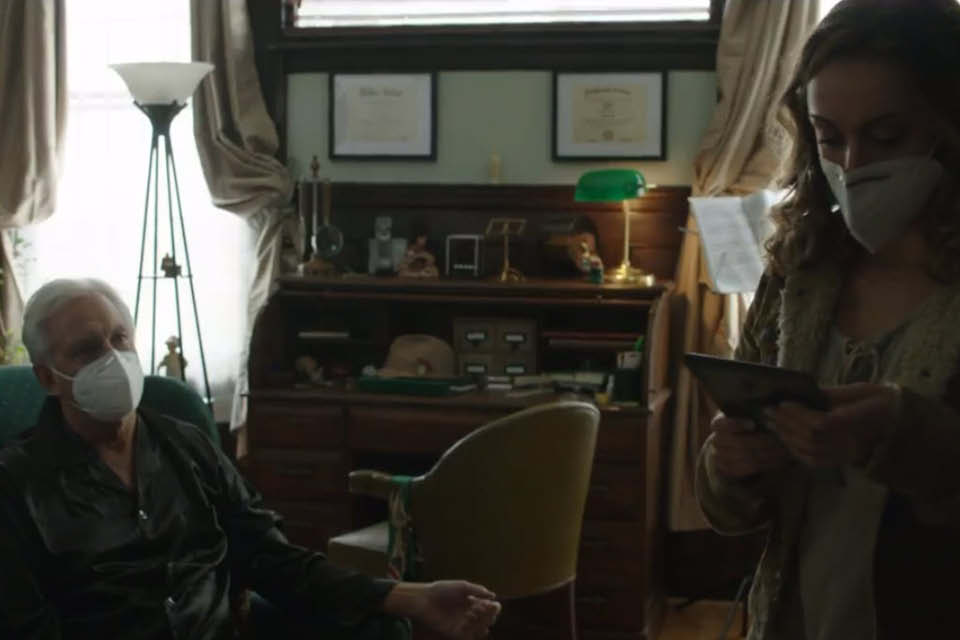 Emma is in search of her maternal grandfather, Hans. The United States is shutting down as a result of the pandemic, and she has one last day to talk to him before her flight to Vancouver. Unfortunately, Hans has Alzheimer’s, which makes it difficult for Emma to get answers about her past.

“Jazmin” (live-action narrative with animation)
After the disappearance of her younger sister, Jamila finds herself in an unknown world. While searching for her sister, she stumbles upon magic within the world and ultimately within herself.

“Mist & Smoke” (animation)
An imp attempts to escape the graveyard ruled by the evil master, the Earl, and potentially help another trapped creature escape along the way.

“Mist & Smoke” is directed and written by Christi Neptune, who co-produced with Kalob Cebula and animated along with Leevie Maverick; sound design by Noah Krueger; music by Lizzie He.

“Peel” (animation)
A young woman must choose between the safety of her office job and her desire to become an artist when her inner dreams begin to barge in on her real life.

"Showdown” (animation)
A girl who is killed and turned into a vampire seeks the blood of the vampire lord to bring her lover back to life.

“Showdown” is directed and written by John Curran, who animated along with Lesliana Delano; music by William Church. 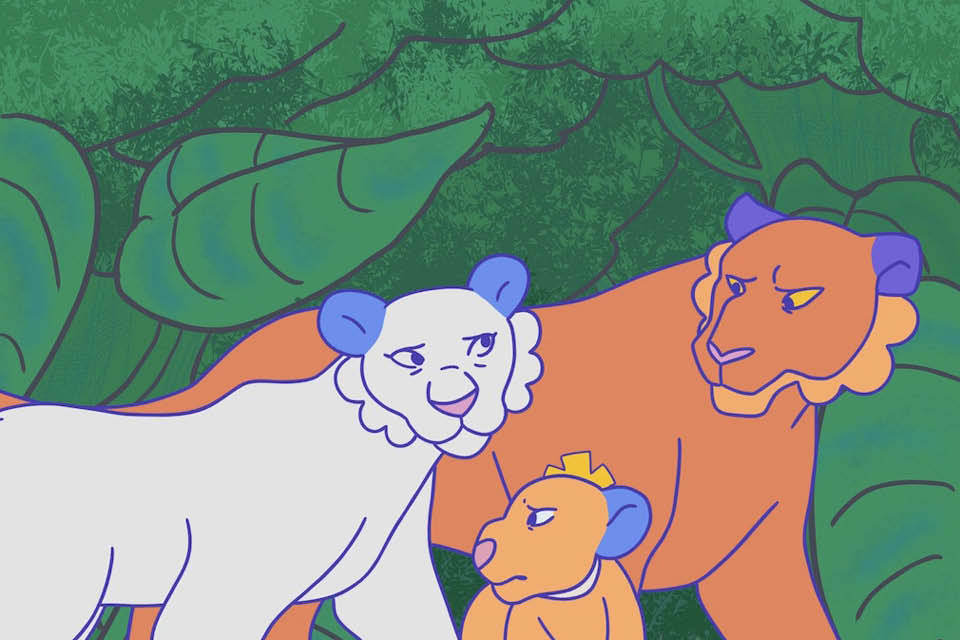 An abuela (grandmother) prepares for her night with her grandchildren with loads of Hispanic fun. Unfortunately, the grandkids have no cultural connection to their grandmother, nor do they want to be there. As a last-ditch effort, abuela conjures up a story of the Tiger Blanket in hopes that the tale will break through to her nietos (grandchildren).

“Umbra” (narrative)
Derrick moves into a new home only to find it is infested with a strange mold and harboring dark secrets. A shadow looms over Derrick, growing in cadence with his fear of living in isolation. 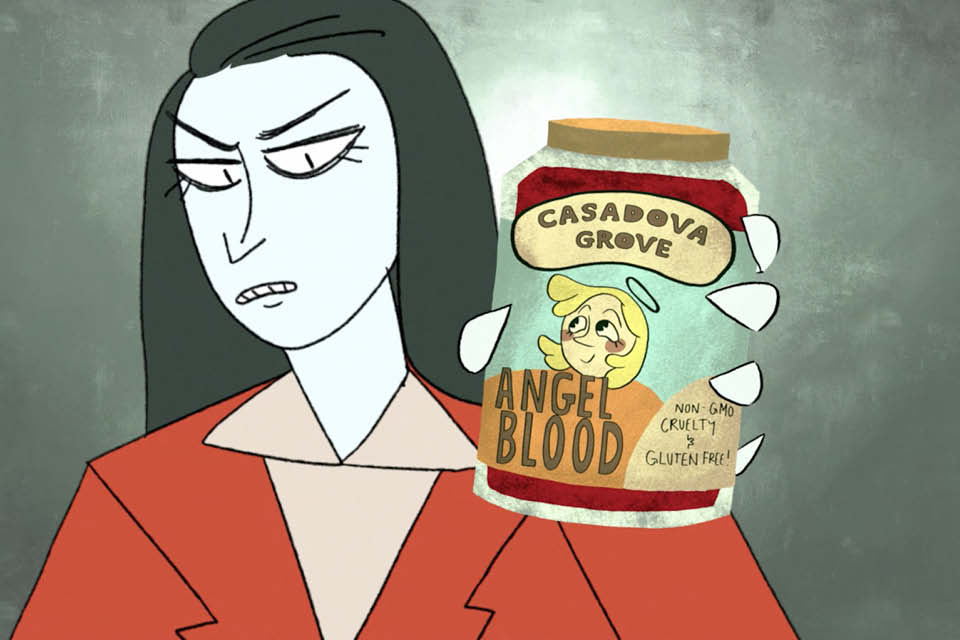 When the two teenage interns to the Queen of Hellsbury are summoned out of the blue to pry open a jar of Cruelty Free Angel's Blood to satiate the queen’s low blood sugar, they must set aside their egos and use the power of teamwork to avoid being devoured.

“Within Fallow Walls” (narrative)
In 1930s Oklahoma, an overworked farm boy confronts the source of his father's animosity toward him when they are trapped inside together during the Dust Bowl.