Still from "Sammy without Strings"

“Sammy, without Strings,” a student film from the School of Filmmaking, has won the best narrative student short award and had its world premiere in competition at the Austin Film Festival, Oct. 27 through Nov. 3. It is the first time a UNCSA film won an award in this category at the Austin Film Festival. The project is also competing at the EnergaCAMERIMAGE International Film Festival in the film and art school etudes category, Nov. 12 through 19, 2022, in Toruń, Poland. Earlier this year, it was the first East Coast film school project to be represented at Creative Artists Agency’s Moebius Film Festival.

The film, directed and co-written by alumnus Ralph Parker III (B.F.A. Film ’22), will be a part of “Panorama,” a screening of films by students in the School of Filmmaking at UNCSA, Friday, Nov. 11, 2022, at 7 p.m. at the Babcock Theatre of the ACE Exhibition Complex on campus. Tickets are free at our website or call 336-721-1945. To view a video on the making of the film, see “The Artist’s Vision: Inside 'Sammy, Without Strings.'" 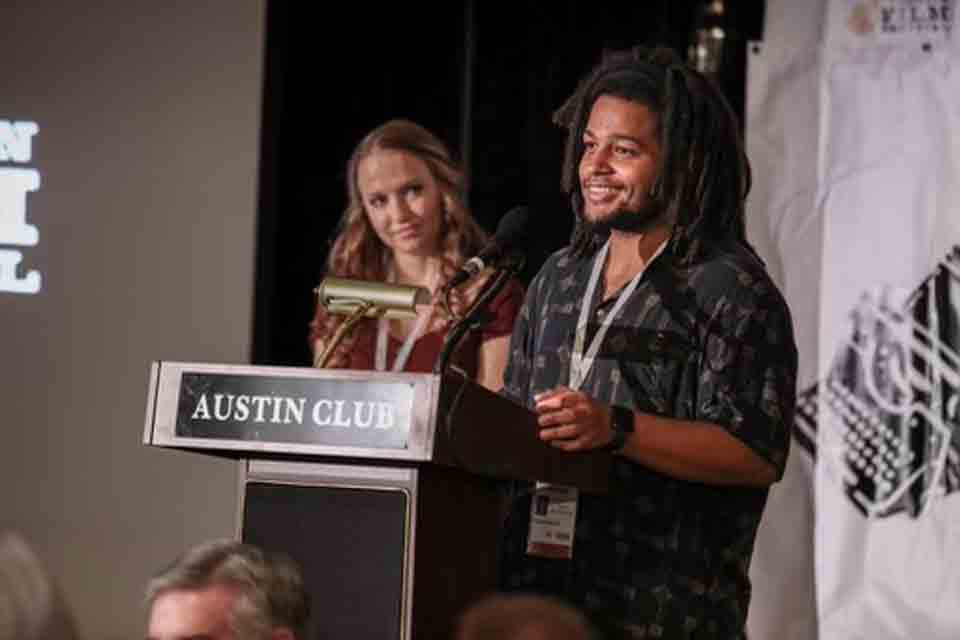 Now in its 30th year, EnergaCAMERIMAGE is a weeklong festival dedicated to the celebration of cinematography and recognition of emerging filmmakers. The film and art school etudes category brings together talented students from around the world to meet with international panels of industry professionals and accomplished filmmakers. The project’s cinematographer, alumnus Ariano Treviño Angelone (B.F.A. Film ’22), will attend EnergaCAMERIMAGE on behalf of the film.

“We are extremely proud of the creative team behind this exceptional film representing the university internationally," said School of Filmmaking Dean Deborah LaVine. “’Sammy, without Strings’ represents the fusion of filmmaking elements UNCSA strives to encourage in our students' work. Its award-winning photography is beautiful, and the professional use of robotics, puppetry and SFX combine to serve a compelling and emotional story. The film boldly examines the commodification of the African American experience with a mix of theatricality and emotional poignancy.”

Co-written by fourth-year Filmmaking student Will Henderson III, “Sammy, Without Strings” is a narrative short about a Black puppet named Sammy, who, performing at the hands of his malevolent Puppeteer, falls in love with a woman in his audience. Sammy sets his sights on freedom from his strings and performing for oppressive audiences to live a life of dignity and humanity with her. It debuted during the year-end screenings presented by the UNCSA School of Filmmaking in May 2022.

“I wanted to make something strange and surreal that explored the dynamics of oppression, objectification and commodification of the Black artist throughout time in America and even now,” said Parker. “The school was always very supportive of the project and the team was sensitive to the subject matter. When writing the piece, Will and I did our due diligence to hone in on the turn of the century time period in America, vaudeville and minstrelsy to respectfully portray our characters.”

“The intentional and impactful cinematography of Sammy was a completely collaborative effort and my key crew were integral in setting the look and feel of the film,” said Angelone. “Having faculty and staff members like Bob Massa and Craig LaVenture be so generous and trusting with their equipment allowed us the creative freedom to explore different techniques which allowed the film to have such a unique look.” 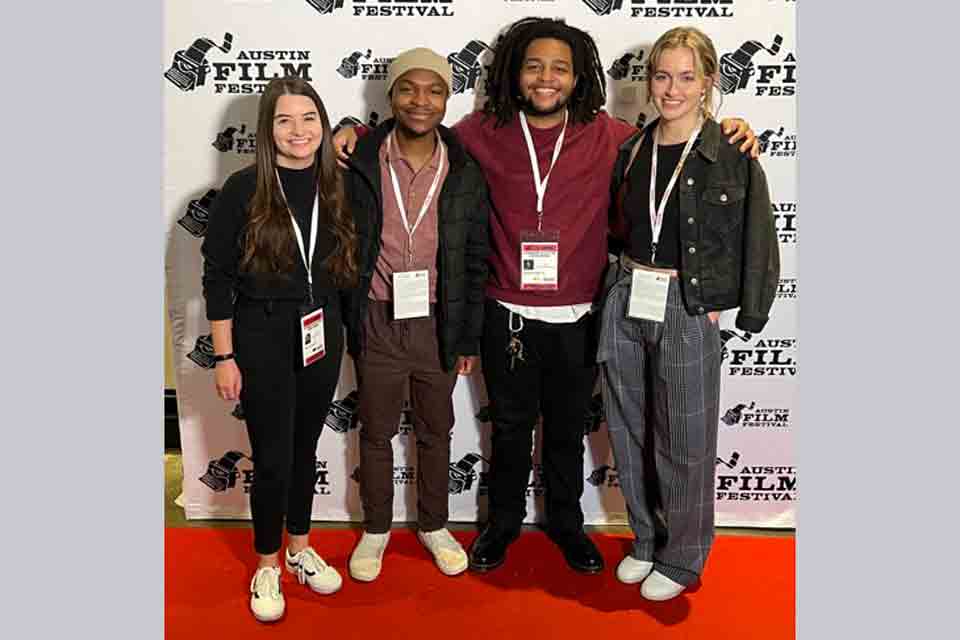 EnergaCAMERIMAGE supports the development of novice filmmakers and provides unique opportunity to present cinematic achievements of students from various parts of the world. Each year, a growing number of film schools submit their best etudes for consideration of the selection committee. The winners are chosen by an international jury of prominent filmmakers and industry professionals.

Since its inception in 1994, the Austin Film Festival aims to further the art and craft of storytelling by inspiring and championing the work of writers, filmmakers, and all artists who use written and visual language to tell a story as the guiding principle throughout our history and growth. The festival is the first of its kind to focus on the writer’s contribution to film and television. It hopes to create a community for writers to engage with one another and to build a bridge from craft to career.