Nia Franklin served in ArtistCorps in the 2016-2017 academic year.  She graduated with her master’s degree in music composition that same year, and went on to receive the William R. Kenan, Jr. Fellowship at Lincoln Center Education in New York City. During this fellowship, Nia competed in local and state scholarship pageants, becoming Miss Five Boroughs, Miss New York, and ultimately earning the title of Miss America 2019.

Nia Franklin at the piano

Her passion for service has been a constant thread in her pursuit of excellence, and remains an integral part of her work as Miss America 2019. Nia’s social impact initiative, Advocating for the Arts, began with a non-Miss America affiliated pageant at her undergrad alma mater, East Carolina University.“I don’t even remember deciding on my initiative.  It kind of dates back to 2013, though,” she explains. “I did my first ever pageant—Miss Black and Gold—at ECU and we had to choose platforms for that local competition.  I decided that I would do mine about the importance of music.”

Her activism in this area, she says, has evolved over the last six years, and continues to grow along with her.

“It was actually called Music for Life,” she says.  “And it just developed and evolved into what I call it now,  Advocating for the Arts, which is more inclusive to all forms of art.  It focuses on advocating for something that helps people in so many aspects of their lives.”Nia’s desire to use her skills to create change led her to apply for a position with ArtistCorps in 2016, while she was pursuing her master’s degree here at UNCSA.

“I was working in retail, and it was great for paying the bills.  But when you’re coming up on the end of your time as a student, you’re looking for ways to stand out in the real world and gain experience in your field,” she says. “I wanted to find something that was a little more meaningful and that aligned with my career path as a professional musician and as an artist. And ArtistCorps was the perfect composition of all that I was looking to do.”The service Nia was involved with left a lasting impact on her, fueling her desire to continue doing good in the world around her.“At the end of the classes I instructed during my service, I would let the children play one note on the piano.  It’s something they would look forward to,” she shares.  “And for some of the students it was their first time seeing and touching a piano.  For me, that was just so eye-opening. It made me realize why we as ArtistCorps members were serving: it was to give opportunities to kids who didn’t have the same access as other kids due to funding or other matters. It gave them that opportunity to touch, and feel, and see instruments – and be a part of the world of art.” 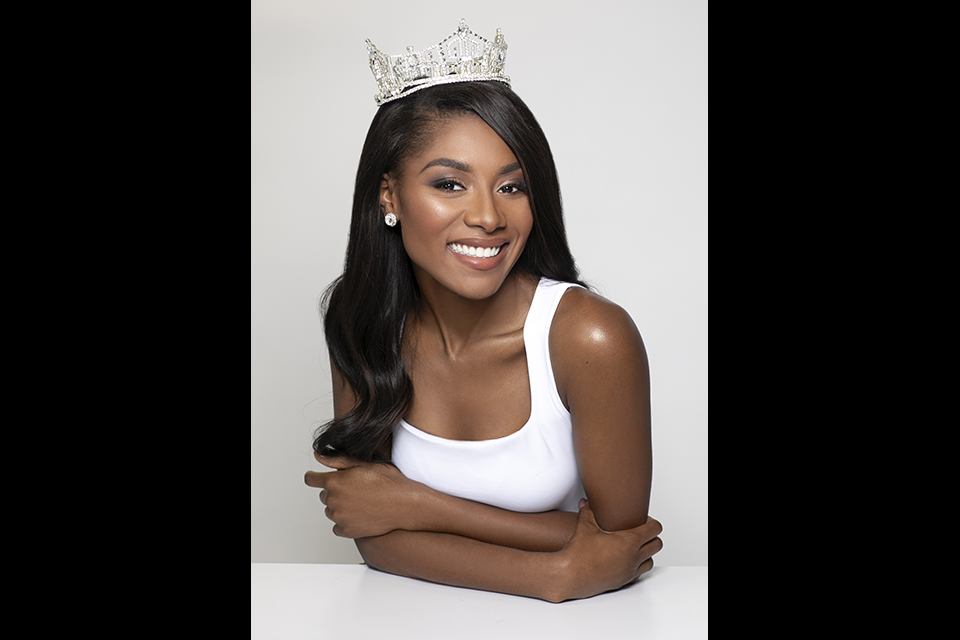 Nia Franklin earned the title of Miss America 2019 in September

Collaboration and community are key parts of any engagement or artistic endeavor, and Nia says that sense of community was a valuable aspect of her service with ArtistCorps.“My biggest takeaway was the community that ArtistCorps builds,” she says. “So many people across the state of North Carolina were impacted—not only students but their families, the people that worked in the schools and in the daycare centers that we served in, and the community that we had with our colleagues within ArtistCorps as we were building and growing together. That’s what the arts really foster – and it was just such a great and tangible example of that.”

She says her involvement with ArtistCorps is still a point of pride for her, and she keeps it close to her heart.

“I feel like I’ve contributed to my community. It’s something that I wear like a badge of honor. I bring it up in conversation all the time,” she says, “what it’s taught me, what I learned through that experience serving children and giving them the exposure to art that they wouldn’t have otherwise had was so impactful. It’s something that I’m able to say that I did and I think it also influences other people to understand why it’s so important to serve your community through the arts.”Nia remembers her service with ArtistCorps fondly, but her efforts to create change aren’t slowing down. Her year as Miss America 2019 is packed with speaking engagements at schools and events across the nation as she advocates for the arts in education. 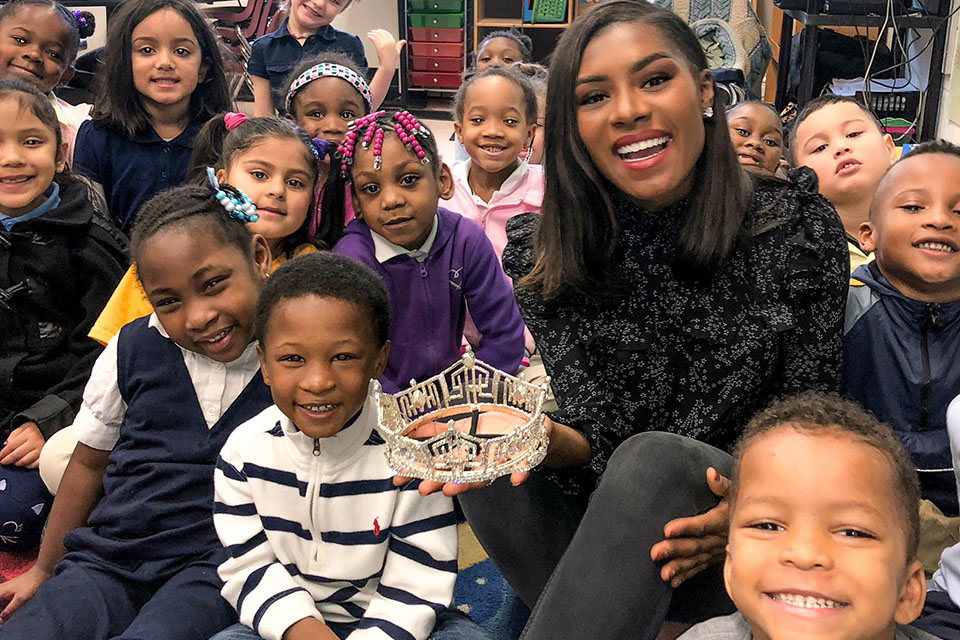 “The number one thing I do is a lot of traveling and speaking. I do speeches, and frequent  school visits where I visit with students, with my main focus on getting people to understand why education is so important,” she says. “That is the foundation of Miss America in this day and age—the organization is about service and talent which is a big part of being Miss America.  As the largest provider of scholarships to young women, education is a big part of what we stand for,” she points out. “Increasing people’s awareness on why education is so important—it’s something that no one can take away from you, it gives you opportunities that you couldn’t get elsewhere, and gaining knowledge helps throughout life —that’s a large part of what I do as Miss America.Even though she spends much of her time speaking, music composition and performance are still integral parts of her life.

“I’m also still continuing to work on my craft as a composer and as a performer,” she says. “I’ve had the opportunity to perform with the Bay Atlantic Symphony, I hosted an event with the New York Philharmonic, and I am performing a series of concerts with the Dallas Symphony, so it’s a very busy time for me.”

Never one to sit idle, Nia has recently launched an online community for women composers, www.composeher.org. Her year as Miss America 2019 will continue through September, when she will pass on her title and continue her journey as a creator and advocate for the arts.