Looks created by Steele for her thesis project, including (from left) her design for a ship wig, Mr. Tumnus from "The Chronicles of Narnia" and an Elizabethan wig.

Hitting the jackpot: a wig and makeup artist travels the world with Beauty and the Beast 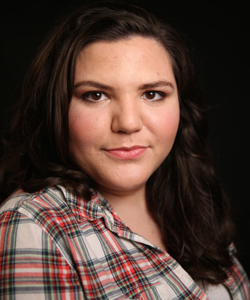 Every day Brittany Steele ('15) gets to create the face of the most beloved beast in the world. Not a bad gig for a young woman fresh out of the UNCSA's graduate program in Wig and Makeup Design.

Steele, the head of wigs and makeup for NETworks Beauty and the Beast 20th Anniversary International Tour, gets to travel the world, too. Taiwan, Indonesia, China, Egypt, Lebanon and Italy are some of the countries she’s explored since graduating from UNCSA in May.

“The travel is a major bonus, but without good people this job would be extremely hard. It can be exhausting when you have 30-hour travel days. Both the actors and the crew on this tour are incredibly supportive and helpful,” Steele says.

No matter what, I always feel like people have my back and would go out of their way to help if I needed it. If I didn't have as much fun as I do, I wouldn't be doing it.

"No matter what, I always feel like people have my back and would go out of their way to help if I needed it. If I didn't have as much fun as I do, I wouldn't be doing it.”

Disney’s smash Broadway musical, based on the Academy Award-winning animated feature film, is filled with unforgettable characters and lavish costumes — not to mention a wonderland of wigs for Steele to keep in tip-top shape. Each day she arrives at work 90 minutes before curtain to clean and touch up the wigs worn by the principal actors in the show.

Then she turns her makeup brush to the Beast. “That takes me around 25 to 30 minutes. As soon as that’s done, I put on Belle's wig, then Chip, Gaston, LeFou, Maurice, Cogsworth and Lumiere. Each person I see for five minutes and it leads me right up to top of show,” she says. “Before the curtain goes up I have to make sure my locals are in place and know what they're doing because I have little to no time to rescue a change if something goes wrong.”

And dare she forget — Mrs. Potts, Babette and Wardrobe need their wigs fitted, too. “If a change doesn't go right or someone isn't on time, an actor could potentially go onstage without a wig, which is unacceptable.”

Steele keeps her cool under stress by channeling Gimli from the film The Lord of the Rings: "Keep breathing,” she tells herself. “That's the key.” 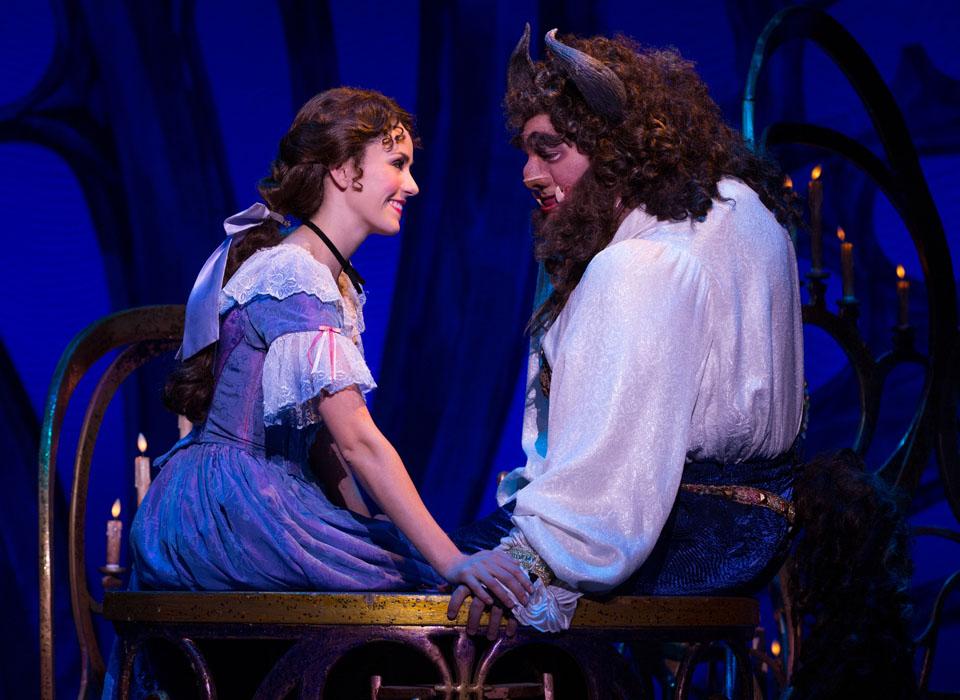 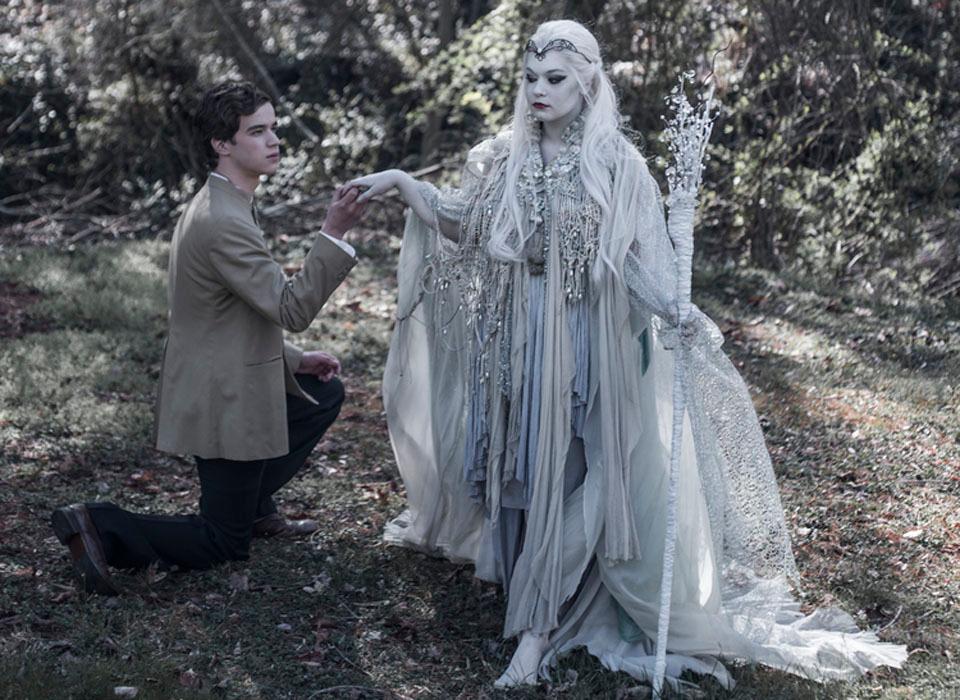 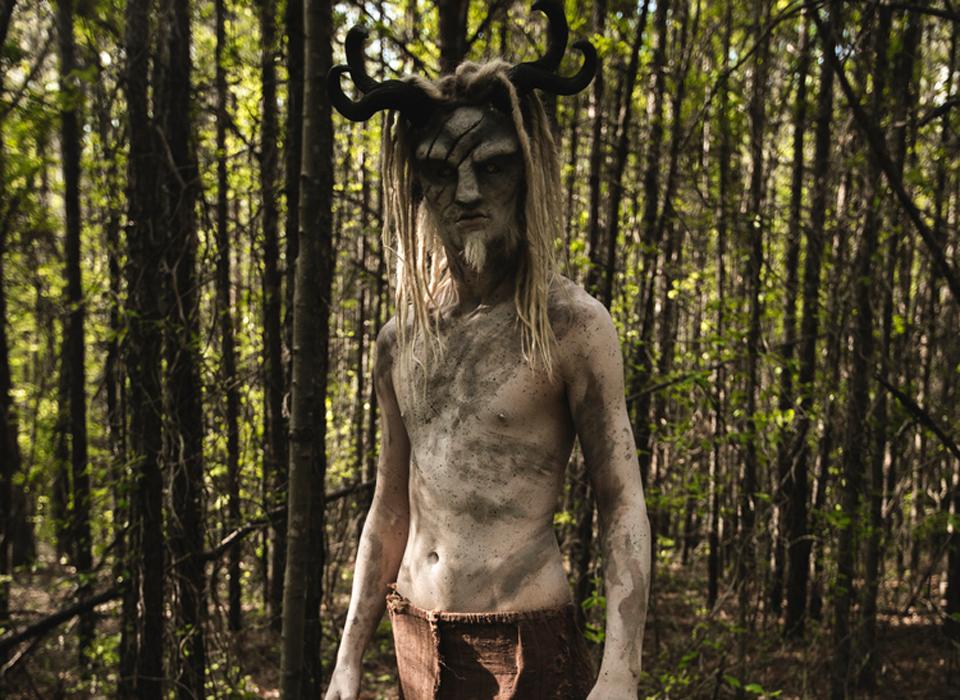 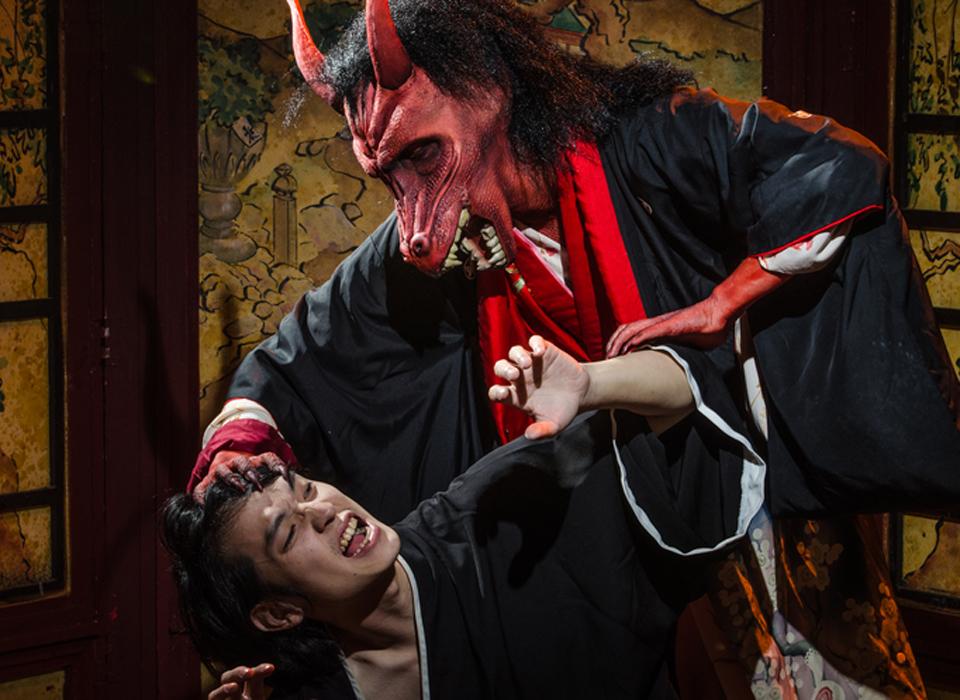 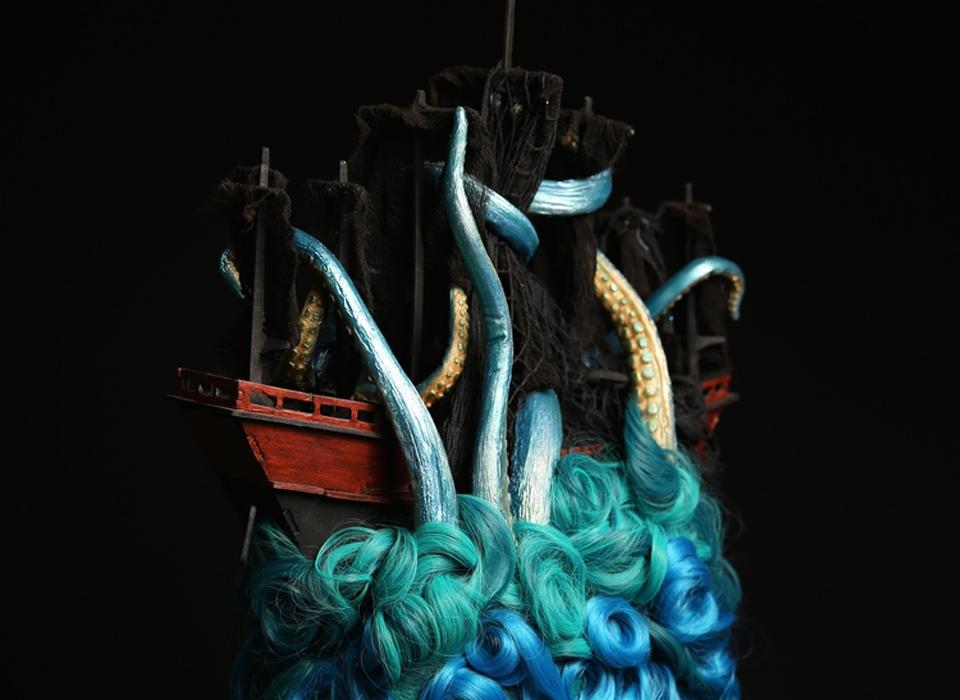 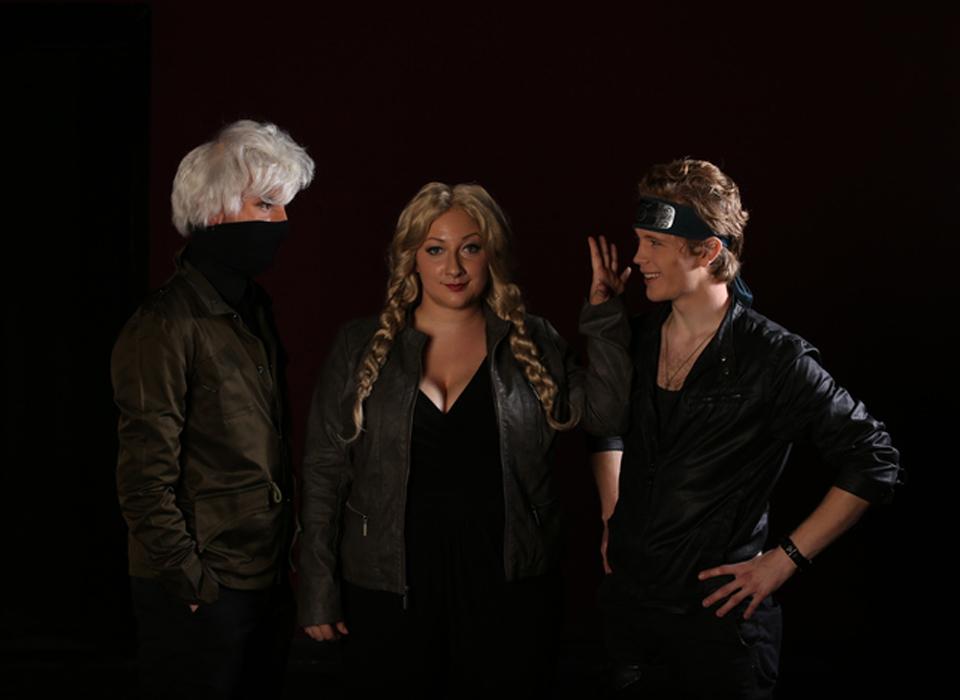 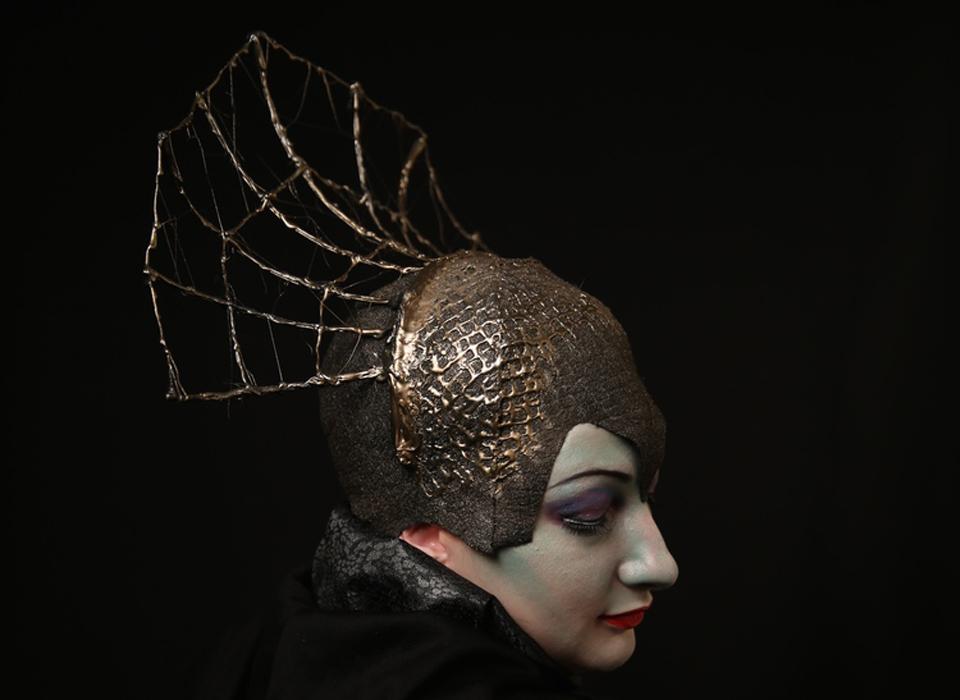 Fondly referred to as “Duckie” by friends and family (“I used to kind of waddle as a kid”), she’s been known to pull off the near-impossible. Just four weeks into the job, nearly the entire cast of the touring theater production changed over.

“All but five people switched out and it was incredibly stressful. Even though I had prepared, it was hard to keep my cool when over 100 wigs had to be washed and reset and styled within 24 hours with me and a small local crew,” she recalls. “It helped that I had major help from several people in the company, even the higher-ups. It was incredibly humbling to have the woman who hired me sit down and sew new tags into the back of the wigs while I handled my locals.”

A native of St. George, South Carolina, Steele earned a bachelor’s degree in theater technology and design from Winthrop University before landing in Winston-Salem. Originally enamored with film, she took a class in theater makeup at Winthrop and became fascinated with the field.

I learned what the right makeup and hair could potentially do, which is transform someone into a completely different person. And I loved that idea.

"I learned what the right makeup and hair could potentially do, which is transform someone into a completely different person," Steele says. "And I loved that idea."

Steele credits the hands-on training she received from UNCSA’s School of Design and Production for her seamless transition into a high-caliber job in professional theater.

At UNCSA, her skills became more specific and multiplied in range. She began analyzing every show or movie she’d ever seen, wondering what the wig and makeup artists did to achieve a certain look.

“My teachers at UNCSA — Michael Meyer and Christal Schanes — pushed me and taught me so much I thought my head would explode,” she says. “They are incredible at their jobs and have an infinite amount of patience when teaching. I walked into that program with basically no idea how to do anything and, after three years, I left with the confidence that I could do almost any job that came my way.”

Meyer is director of the Wig and Makeup program. He says graduates like Steele snag excellent jobs because of the wide range of practical training they receive in every industry standard process, from wig building and ventilating to complicated prosthetics. Every student works on at least one live production in either theater or film each term.

“The unique part is that we’re trying to replicate the industry in a training setting that goes from theatrical applications, to film, to music and dance,” Meyer says. “Students get exposed to every aspect of our industry and that is what prepares them for the work world. That is the level of the jobs that the students are getting right out of the gate.”

“I would hire or refer almost anyone walking out of that department because of the training they are receiving,” she says without equivocation. “To put it simply, they taught us hard work — that having a great attitude and always being willing to go the extra mile will almost always get you the job. Sometimes my job seems an impossible feat, but my teachers taught me that with some creativity and an open mind, anything is possible.”

Eventually Steele hopes to return to the U.S. and put her talents to work in the film industry. But for now, she perfectly content traveling to faraway places with the most beloved beast in the world. “I like moving from city to city, each day bringing a new adventure.”

And she plans to stay connected with the arts school that helped her launch such a successful career.

“UNCSA is a huge part of who I am,” she says. “I learned so much and met so many amazing people.”