2007 School of Drama graduate Matt Lauria is known for roles in which he pushes himself to the limit. From playing a psychologically conflicted mixed martial arts fighter on DirecTV’s critically acclaimed “Kingdom” to a football player on NBC’s Emmy Award-winning “Friday Night Lights,” he’s known for his physically and emotionally challenging roles. His other notable TV credits include “Parenthood” (NBC), “The Chicago Code” (FOX) and a recurring role on NBC’s “Lipstick Jungle.”

Lauria recently finished filming the reboot of “Shaft” with Samuel L. Jackson (set for a 2019 release), as well as a remake of the Oscar nominated foreign film, “Miss Bala” (also scheduled for 2019 release). He has recently been in the UK filming the limited series, “Jerusalem”—a political thriller set in WWII London. 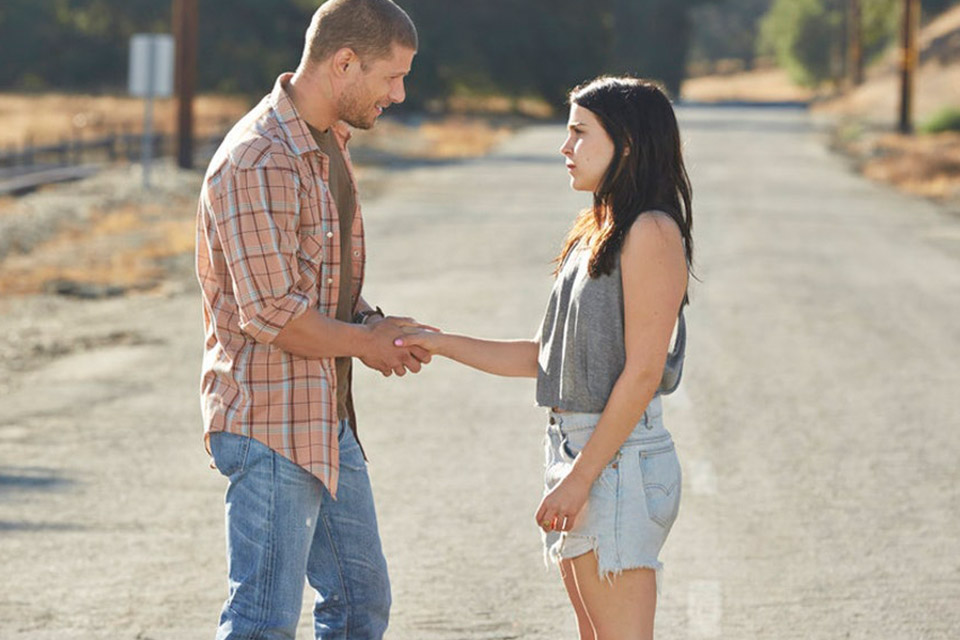 Tell us a bit about your childhood and introduction to the arts.

I grew up around the arts and artistic people because my dad was an animator. Our house was always filled with unusual, creative and highly passionate people.

In seventh grade, while living in Dublin, Ireland, I was required to audition for a school production of “Alice In Wonderland." Despite not wanting to try out, I was cast as the understudy for the March Hare, and was ultimately thrust into the role. I ended up having the time of my life!

Later, when I moved back to the states—to Orlando, Florida—I was in a play over the summer. During rehearsal I met a friend who told me about Dr. Phillips High School, which had an arts magnet program. I auditioned for the school and by the grace of God (I was ghastly, I’m sure) was accepted into the drama program.

It was my first conservatory-like experience. That is where I fell in love with the theater. I loved the collaboration and shared investment in getting a play ready. The school took us on college tours to schools like UNCSA, Juilliard, NYU, Boston Conservatory and SUNY Purchase. I wanted to study in New York City and be in the center of it all… it seemed like the place to be fully immersed.

It’s a bit of a long story. I didn’t initially apply to UNCSA, but to schools up north. And I was rejected by every one. I was totally crushed. I didn’t want to go to a regular college—I wanted legitimate conservatory training. Seventeen years old, and with no other plans or prospects, I went to Colorado and worked as a ranch hand, where I met the woman who would become my wife, singer/songwriter Michelle Armstrong (of duet Armstrong Leigh).

Over the next three years I attended community colleges in both Florida and Los Angeles, waited a lot of tables and went through another unsuccessful round of conservatory auditions. It was a humbling time.

Finally, after a third round of auditions, the right school accepted me. It was UNCSA. By the time I got to North Carolina I was 21 years old and ready to give myself entirely to training. I had to work several jobs throughout to pay my way through school, so I didn’t have the opportunity to be distracted. I thought of college like boot camp, and that I wasn’t there for an easy or fun experience, but to learn.

Tell us about your experience at UNCSA.

The school was everything I wanted it to be—I got real deal theatre training. It was an unapologetic, unyielding immersion into the craft of acting. We dove into and investigated the great theater texts. In the process, my mind & imagination, my body & voice and my heart & soul were pushed to their limits.

Between our class schedule and play rehearsals we worked from 10 a.m. to 11 p.m., and THEN often headed back into the beloved studio spaces to rehearse our scenes for our classes until 1:30 a.m. or 2 a.m. I remember being in school and thinking, “I will never do anything this difficult, workload-wise for the rest of my life,” and that is still true today.

It was so grueling...but it was beautiful and creative! It required a great deal of discipline every single day. It was relentless and intensive theater training and it was just what I wanted.

In my career I’ve had some intensely demanding roles, but even on “Kingdom,” where I was exhausted and hungry, I still had days off! School was tougher. 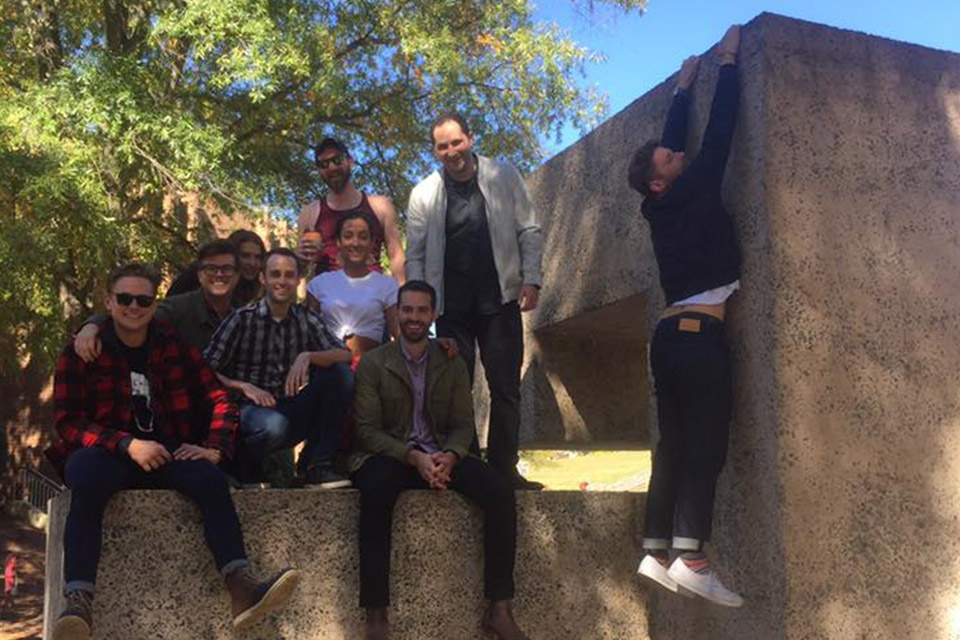 Matt Lauria, far right, "hanging out" with his UNCSA classmates during their 10-year reunion.

Are there any UNCSA performances or experiences that particularly stand out?

UNCSA made an actor out of me and gave me a path. I had potential and some talent, but UNCSA gave me experience—hours upon hours of being up on my feet performing, taking risks, failing even. I will always be indebted to the educators there.

Of similarly indispensable significance, I got my first agent from my senior showcase at UNCSA. It was huge to have that in place before graduation.

And then you finally moved to New York. What happened next?

Initially, I was focused on theater, but ended up booking television more quickly. I did a couple plays, but then landed a recurring role on “Lipstick Jungle,” where I got some solid on-the-job training and guidance from our producing director, Timothy Busfield.

For the first couple of years, my side hustle was working as an Off Broadway theater carpenter, utilizing some of the other skills I learned at school. It was good pay, and it allowed me to stay in close contact with the New York theatre community. My boss would let me leave for an hour or two if an audition popped up. Funny story: The first real play I booked, the money fell out from the show, after one rehearsal! I was back to carpentry. The next week I saw the producer who had hired me for the play... when I was loading in the set... for his next show. Ha! Now that’s paying dues!

At one point I was considering working as a security guard. That was a tough time, but it was also the last time I didn’t have work as an actor. My wife and I took a leap and made the decision to move to Los Angeles, and from there I got the role on “Friday Night Lights.”

You are known for the research that you do, including the time you spent with veterans to prepare for your role as an Afghanistan War veteran on “Parenthood.” Tell us about your approach to preparing for a role:

When I’m taking on a part it takes up so much of me. I go all in. The work of an actor is having the courage to allow yourself to be completely vulnerable in your acceptance of your character and the story, and then using every part of your imagination, heart, soul and body to tell it. It’s of critical importance to me to honor the people whose lives and stories my character’s life parallels. I want to adequately serve them. I want a soldier, or a fighter or a football player to see the show or film and say, “Yeah. That’s me. That’s like my life.”

The work of an actor is having the courage to allow yourself to be completely vulnerable in your acceptance of your character and the story, and then using every part of your imagination, heart, soul and body to tell it.

At this point in your career, what are you most looking forward to?

The thing I’m most excited about now is taking on roles that depict really layered, deeply psychological characters. I love character-driven stories that are a bit unusual or left-of-center. That’s what I loved about my roles in “Friday Night Lights,” “Parenthood,” “Kingdom”and now “Jerusalem”—playing complex people.