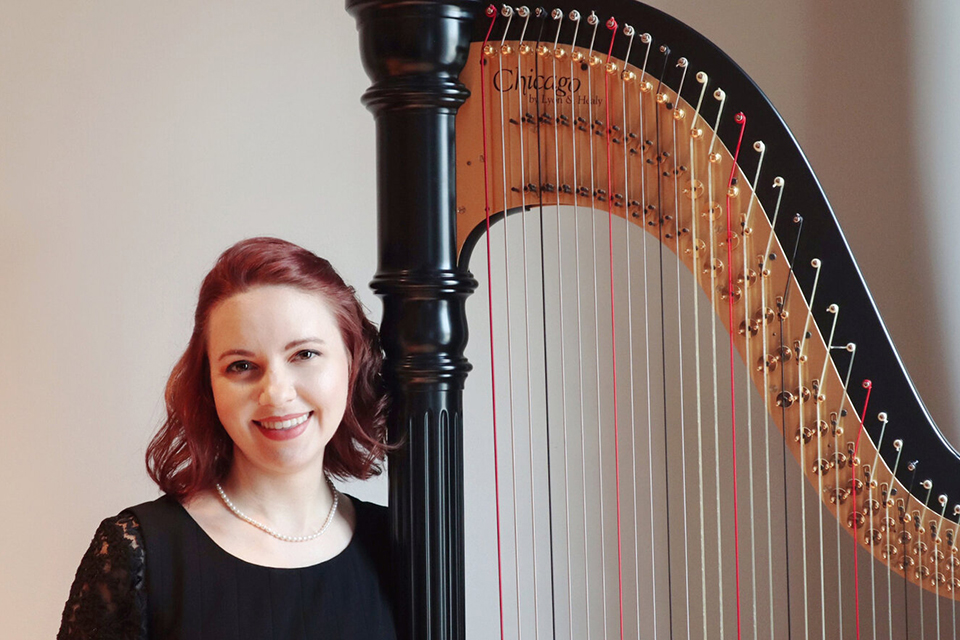 Harpist Kristen Bruce is passionate about reaching audiences worldwide, exploring the worlds of classical, jazz and improv, dance, contemporary and film scores. In New York City, Kristen made her orchestral debut at Alice Tully Hall of the Lincoln Center for the Performing Arts and was honored to join the Mannes Orchestra accompanying the Martha Graham Dance Company at City Center Stage.

As a soloist and collaborator, Kristen has been featured in performances with the UNCSA Nutcracker Ballet Orchestra, The Chelsea Symphony, Orchestra of St. Luke’s, Riverside Orchestra, Brooklyn Metro Chamber Orchestra, UNCG Opera Theatre, High Point University, Elon University and world tours with the American Youth Harp Ensemble throughout the United States, Austria and for the 12th World Harp Congress in Sydney, Australia. An active collaborator for contemporary music, Kristen has performed the world premier of Hrið-Móðr-Ljómi by Jeffrey Holmes with the nu Ensemble and performed as a member of the Mannes American Composers Ensemble.

Kristen’s pedagogical approach focuses on musicality and proper technique, valuing each student’s individual learning style and goals. She enjoys working with a variety of ages, and believes the harp is a beautiful instrument that anyone can enjoy!