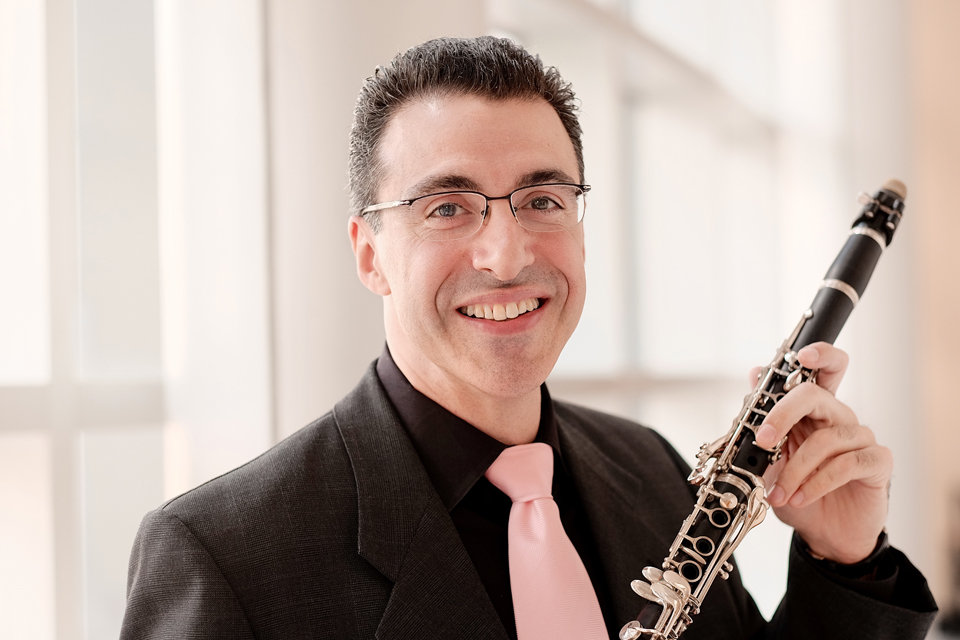 Clarinet faculty Oskar Espina Ruiz has been described by the press as a “masterful soloist” and a “highly expressive” clarinetist who “brings forth the notes with an energy that reaches down to one's soul.” During the past nine years Espina Ruiz has performed at major concert halls and festivals to high critical acclaim, including concerto performances at the Philharmonic Hall in St. Petersburg, Russia and recitals at Carnegie's Weill Hall in New York, the Corcoran Museum in Washington D.C., the Pushkin Museum in Moscow, Oji Hall in Tokyo, the Madrid Royal Superior Conservatory, the Beijing and Shanghai Conservatories and Radio Television Hong Kong.

Oskar Espina Ruiz is an unusually gifted musician who has already made a mark in the musical world and is becoming one of the most distinguished clarinetists in the U.S.