The keys of life: First student of Collaborative Piano program teaches others

Amélie Langlois (M.M. Music ’03) isn’t a stranger to being fearless in her pursuit for knowledge. “I like the unknown. It doesn’t bother me,” she said. “I like to try new things.”

The unknown is exactly what she received as the first graduate of the Collaborative Piano program at UNCSA, under the direction of Allison Gagnon. 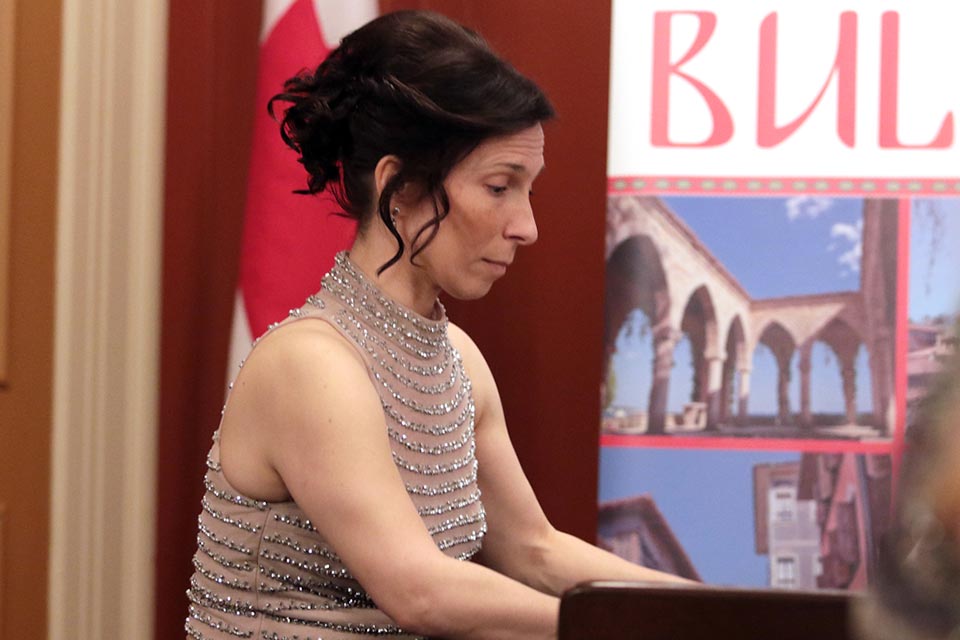 Not many people would’ve packed up their lives in a town where they’ve spent the majority of their lives, hopped on a plane and moved to a country where they didn’t speak the language, to attend a school with a program so in its infancy that they were the only student.

“Everything was new, and I was kind of a guinea pig,” she said. “We would try out the courses and if they worked, great, and if they didn’t, they were weeded out as the program was built. The program grew while I was there, but since I was the only student there at first, I got a lot of time with Dr. Gagnon.”

For a split second, Langlois can remember questioning her decision when boarding the plane to begin her studies. She moved from her small town of Sherbrooke (in Quebec, Canada) at one of the most tragic times in American history – four days before September 11, 2001. She remembers not knowing what was going on, but seeing everyone else panicking.

“It was a stressful time for me and a there was a lot of unknown. It was a new program, a teacher I didn’t know and I could barely speak English,” she said. “I had to learn German because I was doing a Masters in Collaborative Piano, which includes voice. At one point, I was still learning English and having to take German four mornings a week.”

While her transition held its own set of challenges, the program was organized, and Langlois takes pride in being instrumental in its foundational start.

Langlois keeps in touch with some of the people she studied with and has come back to visit the campus on several occasions. She calls the program well-balanced and says that it gives students everything they need to be well prepared to work as clever, collaborative artists.

As a collaborative pianist, you learn to work with instrumentalists, and learn to be flexible and adaptable. I think the program does a nice job of teaching us how to do that.

“It was a great school and a great program with great people, so I truly want to stay in touch to see how things evolve,” she said. “As a collaborative pianist, you learn to work with instrumentalists, and learn to be flexible and adaptable. I think the program does a nice job of teaching us how to do that.”

Langlois moved to Ottawa, Ontario, Canada after graduating in 2003. There, she commutes between Ottawa and the neighboring province of Quebec. She has worked as a performing artist, teacher and adjudicator for the past 18 years.

Along with her private music studio, she works as a vocal coach and professor of piano at the Centre d’excellence artistique de l'Ontario. She worked as the accompanist for le Choeur du Conservatoire in Gatineau from 2011-17, has been the pianist for the National Youth Orchestra and has served as pianist for the Viva Choir of the Ottawa Children’s Choir since 2015. She is now an accompanist at the Conservatoire de musique de Gatineau.

As an educator, Langlois is much in demand as an adjudicator and as an examiner. As an examiner for Conservatory Canada, she decides whether students are able to move on to the next musical level. She travels to different cities and provinces to mark kids on their exams. 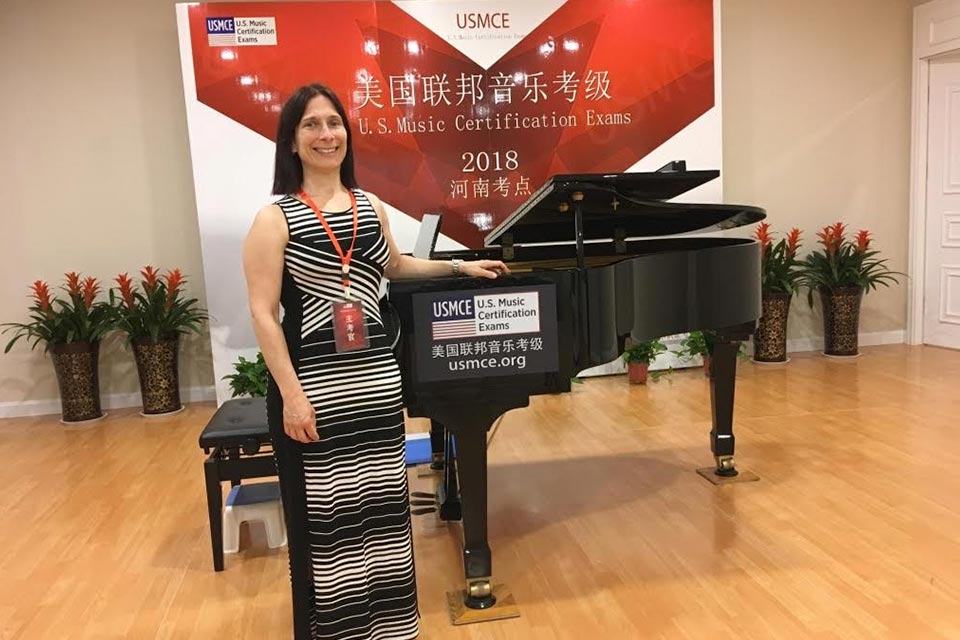 In 2017, Langlois traveled to China as a music examiner for Conservatory Canada to examine Chinese piano students for the United States Music Certification Examination (USMCE) program. Her stops included Beijing, Jinan, Hangzhou and Qingdao, to name a few. After making the trip for the past three years, she’s able to speak some Mandarin and find her way around. A far cry from the first time she went.

“The first day in Beijing was pretty scary. My phone wasn't working suddenly. I didn't have a translator. I didn't have translation on my phone, or maps. I had to figure it out,” she said. “I was there and had to make the best out of a dreadful beginning.”

As COVID-19 shut down parts of the world, Langlois pivoted to teaching and examining students online. When examining online Chinese piano exams for USMCE over the past summer, she would begin working at 7 p.m. and stop at 2 a.m. She has been running some choirs online, doing recordings and has found some programs have been able to assist her in teaching her students.

“It keeps me busy right now. I could teach online, but I wouldn’t want to teach that way — especially little kids. To me, personally, to teach kids the basics… it’s not something that is doable online as much as teaching kids that already have a knowledge of piano.”

Admittedly, Langlois said that the internet does open a world of opportunity when it comes to teaching piano to others. “If you see the positive side of things, you can always make it enjoyable,” she said.

“I think it’s a great opportunity to be able to work with people from different places, cultures and languages, so I would not be closed to the idea. If it happened to come my way, I would think about it.”

Langlois continues to study her craft to stay tuned in to what her students are learning. She attends webinars, conferences and trainings on both sides of teaching and accompanying to take advantage of all opportunities.

“It’s important with our current situation that we take advantage of the tools on how to teach different ways, whether it be online or in person,” she said. “That’s what my journey at UNCSA taught me. You must be brave. Life is about taking things on and hoping for the best. That’s how I see it.”