Violist Richard O'Neill (H.S. Music '97) has nurtured a love of music that has spanned decades and continents, connecting him with his own personal history, other musicians and entire countries in unexpected and meaningful ways.

O'Neill currently lives in Boulder, Colorado, where he performs and teaches as part of the renowned Takács Quartet at the University of Colorado at Boulder. In March, he earned the Grammy for Best Classical Instrument Solo for his performance of Christopher Theofanidis' “Concerto for Viola and Chamber Orchestra” with the Albany Symphony conducted by David Alan Miller. He's only the second violist to win in that category, after Kim Kashkashian in 2013.

Those accomplishments are the culmination of years of work, self-described "failures" and an overwhelming love for his instrument and chamber music. That journey started as a kid and continues to this day as O'Neill seeks to trace and honor his heritage and share his love of chamber music with those who are willing to listen.

Joining Takács and practicing during the pandemic

O'Neill has spent the better part of the last year in Boulder, teaching and rehearsing with Takács. He accepted the position with the quartet in 2019 and officially joined the group in June 2020, at the height of the COVID-19 pandemic. 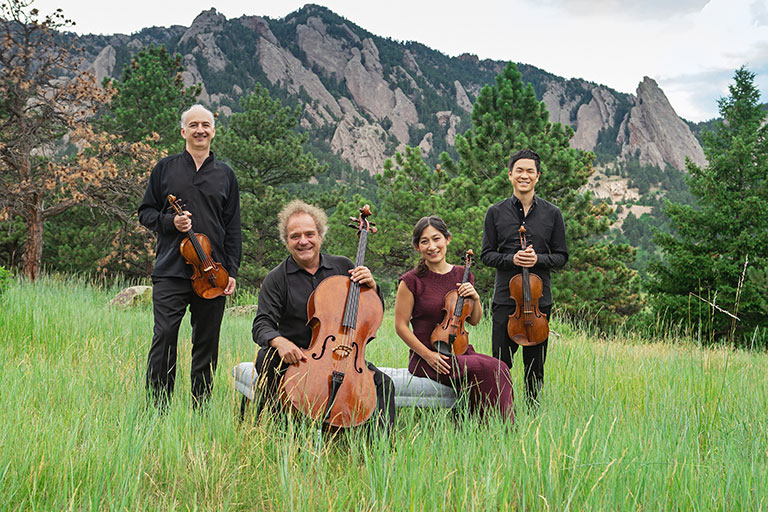 For him, joining the group was a dream come true. Doubly so, as he auditioned for the group once before in the early 2000s. That high coincided with the pandemic, which has shuttered most in-person concerts across the globe for more than a year.

"I had all of these prestigious debuts [coming up] in music capitals across the world ... and it all started disappearing," he says. Like a majority of musicians around the world, the industry as he knew it has come to a halt. Fortunately, Takács has been able to continue rehearsing and teaching.

He takes hope from the lessons he's learned from his failures over the years. "A lot of my life has not come at the first try," he says, pointing to his first audition with Takács and two previous Grammy nominations in 2006 and 2011. "I've taken failure and viewed it as an opportunity that, hopefully, I'll make it to the next chance and I'll have learned and gotten better. So a lot of these things in my life now, I'm really grateful for."

And, he finds inspiration and joy in teaching young musicians. "A lot of people that have changed the world have been in their 20s," he says. "I love being around that fresh enthusiasm and life." 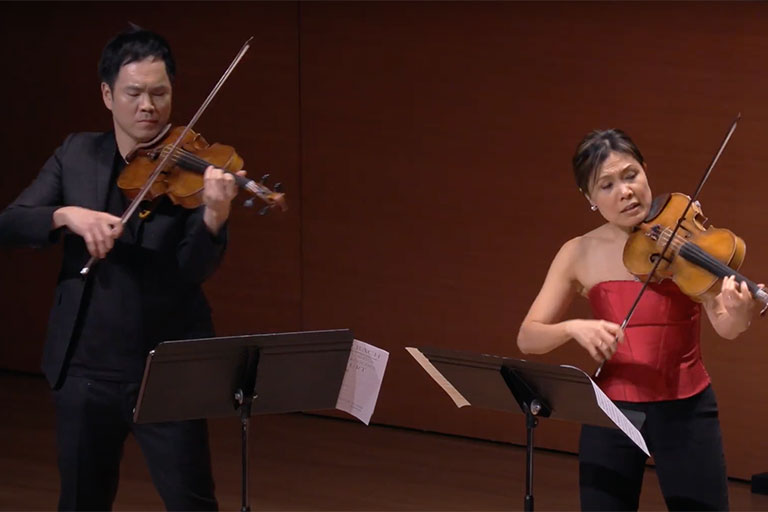 O'Neill's love of music started when he was a kid, growing up in the small coastal town of Sequim, Washington. As a teenager searching for a school that offered boarding options, his sights landed on the viola program at the School of the Arts.

"It was a really structured, rigorous high school program," O'Neill says, which he adds is a critical foundation for musicians. "It's important, if you can, to solidify your technique in your high school years. As a string player in high school, UNCSA gave me that complete immersion into music."

It's important, if you can, to solidify your technique in your high school years. As a string player in high school, UNCSA gave me that complete immersion into music.

"Most of the people I knew at UNCSA, they just wanted to study to become a musician and whatever their calling was on that path to music, whether it was a teacher, or orchestra player or soloist, they were happy," he says of his time at the school. "There was just so much joy in our tight-knit community."

Following high school, he studied at the University of Southern California (USC) and completed a graduate degree at Juilliard before beginning his music career. In the years since, he has taught and toured all over the United States and the globe, performing as a soloist with numerous orchestras and as a recitalist in venues around the world. He's recorded ten albums, which have sold more than 200,000 copies. And he's had phenomenal success in South Korea, where he toured and performed with his chamber ensemble DITTO and organized an internationally-recognized youth orchestra, Hello!? Orchestra.

O'Neill began visiting and performing in his mother's home country, Korea, in 2001. An orphan of the Korean War, his mother was adopted by his grandparents in Washington and knew little about her family in Korea.

Over the past decade and a half, O'Neill has had a string of successes in Korea that helped bring chamber music to the mainstream public and educate young people about music. One such project was his chamber ensemble DITTO.

"Those were some of the best and most challenging moments of my life," O'Neill says of his time with DITTO. "We were basically carpet bombing chamber music to the public," he laughs, selling tens of thousands of tickets per show in both South Korea and Japan.

Another project was Hello!? Orchestra, a multicultural youth orchestra based in Ansan, South Korea. A 2013 documentary series about his work with Hello!? Orchestra led to an International Emmy in Arts Programming and a full-length feature film.

The power of music and taking chances

In his work with DITTO, especially, O'Neill came to more fully appreciate the power of music. "It was just so meaningful to see this progression over 10 years, of these people that, maybe they came in the beginning because of me, but eventually because of the music. They believed in it," he says.

"Music is so powerful, it's the best of us. Even in the most wonderful musical circles, sometimes you can debate, are we artists for all or are we for the few? Or are we for some, but not the people who don't understand?" For O'Neill, his work and mission has been to spread the joy and love and music to as many as possible. That comes from a dedication to music above all else and a willingness to face one's fears, especially as an aspiring musician.

For a large part of my life, I could compare my success to stepping right up to the edge of the cliff. You have to take the biggest chance. And you have to take a look at why you're taking that big chance ... for me, I want to be a musician more than anything.

I really believe that if you put what you love first, if you steer your ship in that direction, you might not end up exactly at the port of destination, but you'll be doing what you love."