Pushing boundaries between ballet and contemporary dance, the Winter Dance Concert presented by the UNCSA School of Dance will feature four works by dance luminaries of the past and present – Helen Pickett, Doug Varone, Ton Simons and George Balanchine. Pickett and Simmons have been guest artists setting their works on UNCSA students, and acclaimed ballerina Diana White staged the Balanchine piece.

Petal premiered eight years ago, and has been performed by Atlanta Ballet, Kansas City Ballet, Aspen/Sante Fe Ballet, Oregon Ballet Theatre and Smuin Ballet of San Francisco, among others. Pickett said each performance is different, and the UNCSA production is a first for her in many ways.

“It’s the first time I have set the piece on students in a performing arts school,” she said.

“They have responded beautifully. It’s been a joy.”

To provide more in-depth coaching, Petal was shortened by five minutes, giving the piece a new beginning. “We have been able to give more to the dancers, rather than thinking about turning the steps out.”

Pickett said the piece is good for students because it is about human beings in bloom. “It was the second, or third or fourth piece that I made,” said Pickett, who this year marks her tenth year as a choreographer. “I was just emerging as a choreographer when I created Petal,” she said.

Jaffe said the piece requires advanced ballet technique, which makes it a fine choice for UNCSA’s talented dancers. “It’s a great piece for our students to perform,” she said. “And it’s very bright, with a massive amount of light and color.” 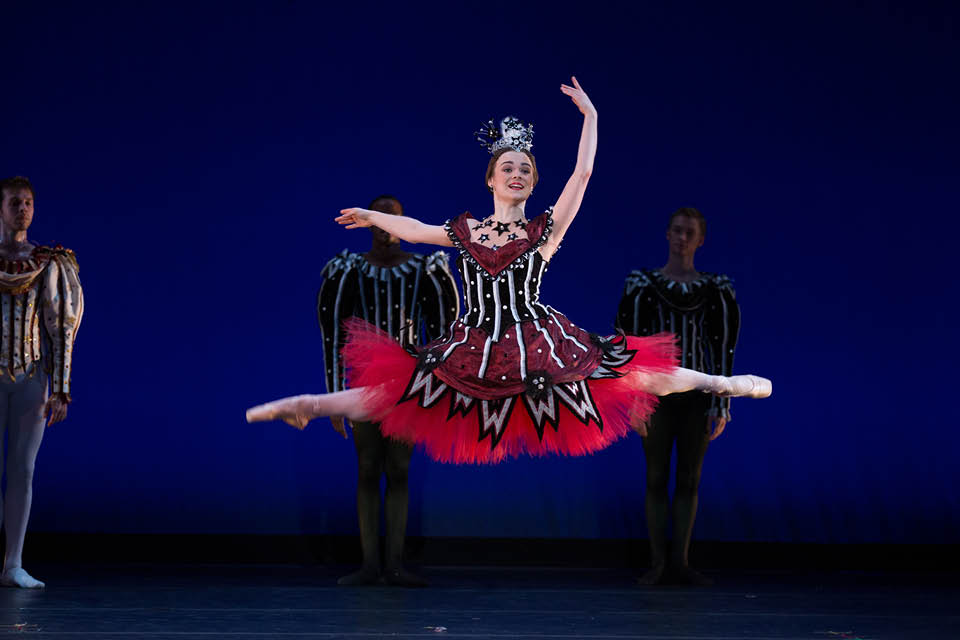 George Balanchine’s Donizetti Variations staged by Diana White
In 1960, a young dancer named Melissa Hayden premiered a new work with New York City Ballet, choreographed by George Balanchine, to honor the centenary of Italy’s reunification. More than 56 years later, the exuberant and light-hearted Donizetti Variations is on the program for Winter Dance at  UNCSA, where Hayden taught for 23 years before she passed away in 2006.

The UNCSA performance is staged by guest artist Diana White, who danced for 20 years with New York City Ballet, as principal and soloist for Balanchine, Jerome Robbins and Peter Martins. As a repetiteur with the George Balanchine Trust, she stages his works worldwide.

“Diana White is a top-notch professional who has been to our campus several times, and she loves working with us,” said Jaffe. “She says our students are some of the most advanced she has worked with.”

Chosen by Balanchine to attend New York’s School of American Ballet on scholarship at the age of 16, White joined New York City Ballet a year later, and danced principal roles for Balanchine’s Apollo, The Four Temperaments, Western Symphony, Serenade, Liebeslieder Walzer, and Jewels. She toured internationally with New York City Ballet, and in 1992, while still performing, she co-founded the Scarsdale Ballet Studio. She was on the faculty of the Conservatory of Dance at Purchase College and is a master teacher and judge for the Youth America Grand Prix, a competition which awards scholarships to major international ballet schools.

Jaffe said White works beautifully with UNCSA students. “She is kind, but she requires them to push their boundaries. Our students really respond to her.”

Set to music by Italian composer Gaetano Donizetti, the 30-minute work is performed by 11 dancers, a lead couple backed by a corps of six women and three men.

“It is technically demanding, and very beautiful,” Jaffe said.

Tenderness of Patient Minds by Ton Simons
Set to the slow movement of Mozart’s Third Violin Concerto, Ton Simons’ adagio duet from The Tenderness of Patient Minds will feature two pairs of dancers: a duo of contemporary dance students and a duo of ballet dancers. Simons created the full work for Pacific Northwest Ballet. Its world premiere was in 1996.

“It has gone through a number of permutations and became the central adagio,” said Simons, whose world premiere Measuring Blue (for Brenda) was featured during UNCSA’s Fall Dance Concert in October 2015. Simons was guest artist in the School of Dance during the Fall Term, working on both pieces.

Writing for the Winston-Salem Journal, arts editor Lynn Felder said Measuring Blue was “a gorgeous, sculptural piece” with movements that were “exquisitely formed and articulated.”

“Ton Simons embodies the spirit of this conservatory environment, the creativity that comes from having all arts disciplines on one campus,” said Jaffe. “We were very grateful and proud to premiere his work in the fall, and we are equally pleased to present his adagio for Winter Dance.” 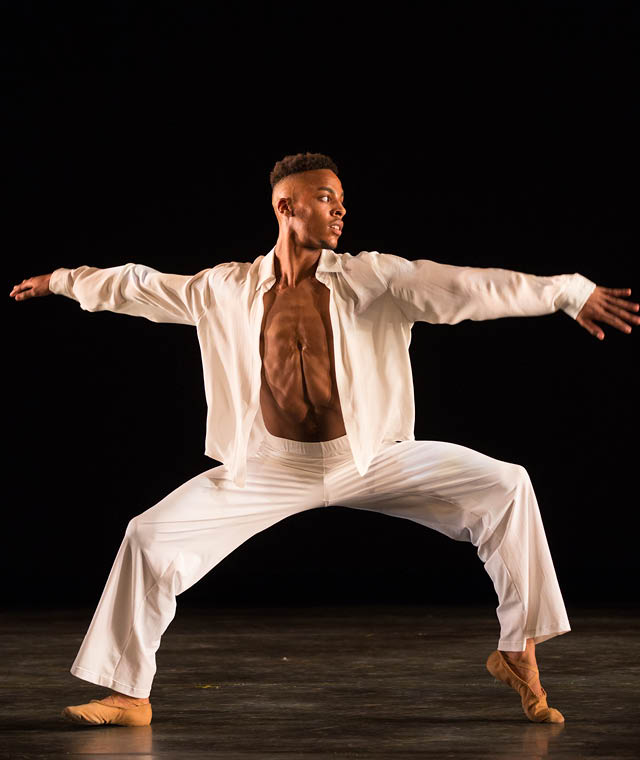 Assistant Dean of Dance Brenda Daniels said it’s the first time UNCSA dancers have performed a piece by Varone. “He’s a hot choreographer, and many of our students idolize him,” she said. “His style is very gutsy and compelling, and our students perform it very well.”

Democracy premiered in 1997 at New York University’s Tisch School of the Arts, set to composer Julia Wolfe’s “Arsenal of Democracy.”  It was informed by a series of 1920s lithographs of communities in crisis.

It features 15 dancers from the Contemporary Dance program.