In its eighth year of illuminating Winston-Salem’s urban landscape, the Winston-Salem Light Project (WSLP) turns its attention to a little-known and seldom-used tunnel under Cherry Street from the Marriott to Embassy Suites hotels. “Aluvio,” the 2016 project, runs from sunset until 10 p.m. nightly beginning Tuesday, April 12, through Saturday, April 16. Admission is free.

Norman Coates, founder and executive artistic director of the Light Project, said the location, accessible from both Cherry and Trade streets, is reminiscent of a river flowing to the delta, depositing fertile sediment along the way. 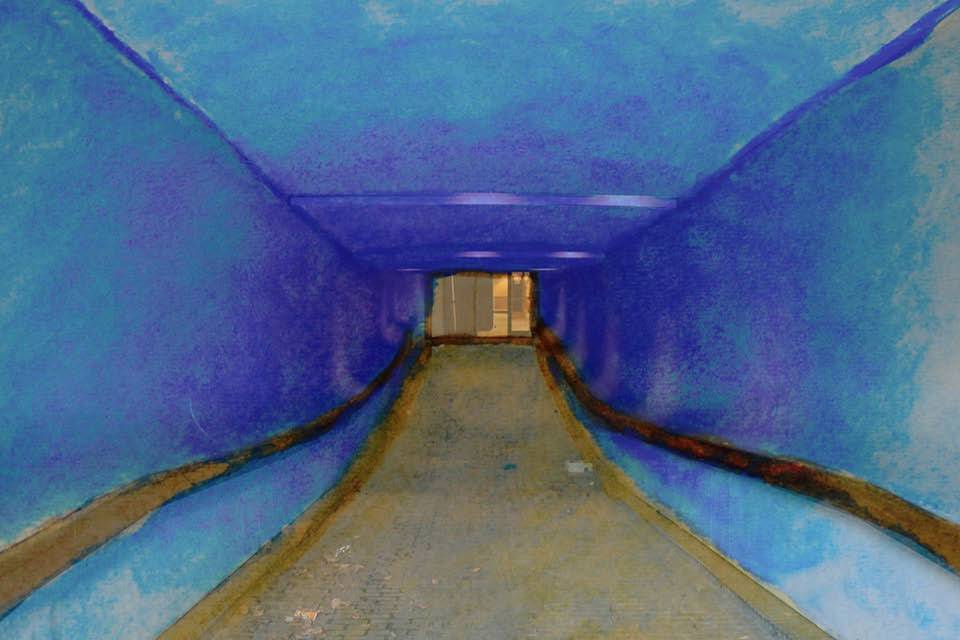 “Alluvium is the geological process of erosion and the reformation of fertile land masses,” Coates said. “Like a river flowing forward and outward, ideas and beauty flow from the minds of artists to the public.”

Coates, who is director of the lighting program in the School of Design and Production at the University of North Carolina School of the Arts, said the theme emerged from “the overly fertile minds of my students and me. We wanted to explore this hidden urban space, and see what could be done with this under-utilized park.”

Four seniors in the lighting program have designed different aspects of the outdoor lighting installation. “The beauty of light and sound will flow outward from the tunnel into the small park,” said Ryan O’Mara, who is originally from Chapel Hill. “It will be a multi-sensory, fully encompassing experience filled with light and color and sound.” 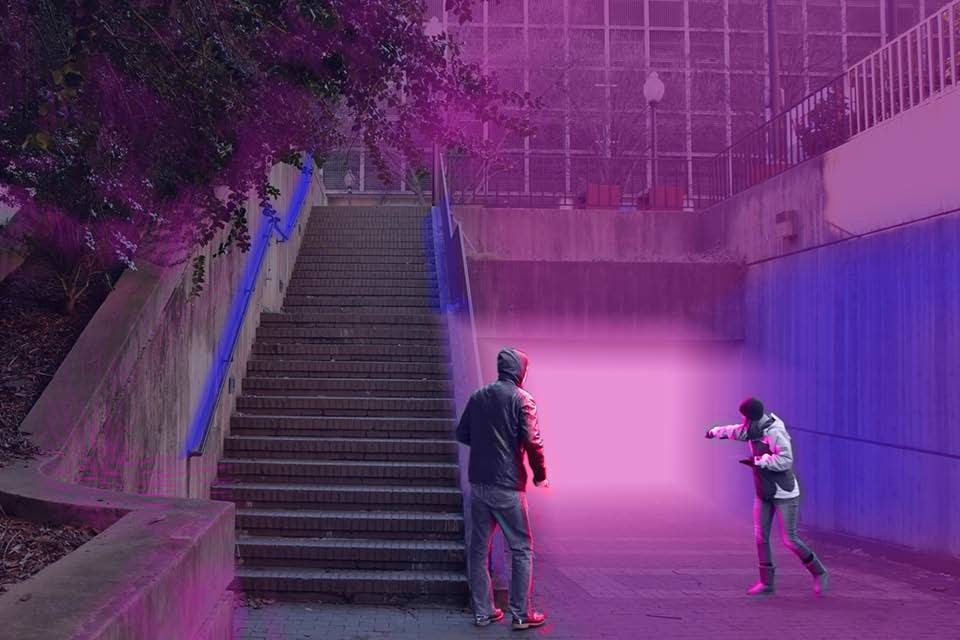 The sound will come from Michael Rothkopf, who teaches composition and music technology in UNCSA’s School of Music. He has composed an environmental soundscape using the Australian didgeridoo instrument.

Other designers are Clara Freeze of Raleigh; Noah Trimmer of Virginia Beach, Va.; and Wayne Marshall of Barbados. They are the same students who worked with faculty and alumni to light the White House for its Halloween party in October.

The students were inspired by artists like James Turrell, whose explorations of light, space and perception are displayed at New York’s Guggenheim Museum and by appointment at the Louis Vuitton store in Las Vegas, which Freeze and Trimmer visited over the summer.

“I enjoy the architectural component of light,” Trimmer said. “The tunnel provides a great opportunity to explore that.”

Coates founded the WSLP in 2008 to expand the knowledge and experiences of his students using public art.  Students apply concepts and techniques learned in the pursuit of theatrical design to architecture and public art.

“The project is an excellent tool for teaching and expanding the horizons of the student, but its greatest impact is the creation of public art,” Coates said. “The immediacy experienced by the spectator can rarely be created within the context of a traditional museum.

“It transforms our urban environment in a way that re-energizes our relationship to our cities and helps us to see the often ignored or under appreciated,” he said.

Find "Aluvio" on a map